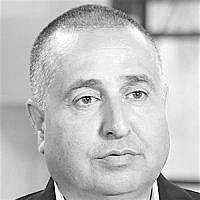 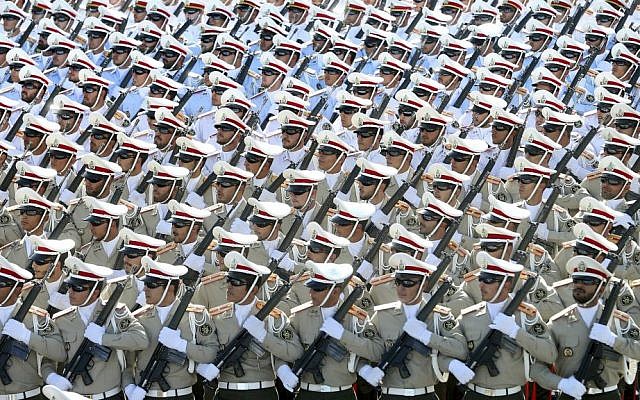 While the rocket and missile threat built up by Israel’s enemies is a recent development, this large-scale, evolving attempt to target the country’s soft underbelly will remain a developing threat for many years to come.

The effort began in the 1980’s when the idea of targeting Israeli civilians with projectiles began to take hold. The PLO led the way; firing rockets from southern Lebanon into Israel.

Launching salvos of projectiles at Israeli cities, towns and villages is a task that is intelligence light for the launchers, psychologically heavy for the targeted population.

Indiscriminate attacks, designed to terrorize and demoralize, were the hallmarks of the first phase of the rocket attacks against Israel.

Israel’s enemies were inspired by the surface to surface missile attacks in the Middle East, which were a major feature in regional conflicts from the early1980s. Such warfare dominated the Iran – Iraq war, when both sides fired at one another, even firing chemical missiles in the case of Iraq. Neither advanced technology, nor trained personnel were required by either side to conduct such attacks.

Israel’s inability to actively intercept such strikes begot the development of the Iron Dome anti-rocket system; deployed on a mass scale for the first time during Operation Pillar of Defense against Hamas in 2012.

Two years later, in the two-month-long conflict against Hamas in 2014, it played a decisive role, intercepting over 90% of Gazan rockets bound for populated areas.

Despite this success rate, Israel’s enemies have no intention of giving up on surface to surface projectile attack capability, and are currently looking at ways to overcome Israeli air defenses.

State and sub-state actors across the Middle East have discovered that projectiles are a very efficient attack tool, which bypass direct military confrontation.

The enemy’s general strategy is based on the understanding that Israel’s civilian home front is a sensitive target which, if attacked, can begin to cancel out the advantages of the powerful Israel Defense Forces (IDF).

IRAN – A GAME OF MISDIRECTION

Hezbollah in Lebanon receives much more advanced, destructive rockets and missiles from Iran and Syria, and are currently armed with an arsenal of over 100,000 projectiles.

Iran’s fingerprints can be found on all of these efforts, whether through funding, training, or the passing along of technology.

Weapons trafficking routes converge in Lebanon. Rockets are hidden in shipping containers, or placed on board flights from Iran.

In the past, Iran used to also smuggle rockets to Gaza via Africa, before Egypt blocked smuggling tunnels to the Strip, forcing Gazan terrorists to rely on domestic production based on Iranian know-how.

Ultimately, Iran’s goal in building up projectile threats on Israel’s borders is one of distraction. Iran seeks to keep the Israeli defense establishment engaged with local projectile threats in a bid to keep Israel from gazing deeply at Iran’s own activities, such as its nuclear program, missile development, and growing Iranian weapons research and development programs.

Such challenges are not exclusively Israeli. Challenges faced here eventually spread to other countries as well. Today, it is impossible to claim that rocket and missile attacks are an Israeli problem alone.

Saudi Arabia contends with scud missiles from Yemen fired by the Houthis, who are backed by Iran. This common threat creates a potential for Israeli-Saudi cooperation. Saudi Arabia has become one of the most experienced countries in the world when it comes to intercepting Scud missiles.

When terrorist and non-state elements gain such capabilities, the ability to deter them from acting erodes. Thus, a hostile entity like the Hamas in the Gaza Strip, which could be conquered by Israel within a week of combat, has consistently dared to fire rockets at Israeli cities, sparking three conflicts since 2008. Such rocket attacks have largely been met with apathy, or acceptance by the international community.

Israel’s military response to the rocket attacks have, so far, been designed to re-instill deterrence. The attempt to deter sub-state actors like Hamas falls under a new category of defense policy, which is best described as ‘sub-conventional deterrence.’

The second phase of the threat, now being prepared by Israel’s regional foes, blends indiscriminate projectile attack tactics with precision-guided rocket and missile strikes, which can hit strategically sensitive military and infrastructure sites, deep inside Israel.

The introduction of accurate rocket power by Israel’s enemies in a future war will present new challenges to Israel’s defenses and to the home front. In the Second Lebanon War, out of approximately 4,000 Hezbollah rockets, 1000 hit populated areas. Hezbollah’s projectiles thus had an accuracy rate of 20% to 30%. Now, Hezbollah has access to GPS guided rockets, using the same, off-the-shelf navigational technology that is available to all of us.

Suddenly, sub-state actors have precise, standoff weapons. Simply put, they possess capabilities that were once the exclusive preserve of a superpower. If Hezbollah has such capabilities, it is only a matter of time until Hamas will as well.

This development is a game changer.

Israeli air defense will need to detect the rocket or missile heading for military headquarters in Tel Aviv, in the midst of heavy salvos.

Looking ahead, in addition to improving their accuracy, Israel’s enemies will also be working on gaining greater projectile ranges, and the ability to fire on many places at the same time, while increasing the size of the warheads.

This type of threat is set to remain and to develop as the chief enemy capability in the arsenal of offensive capabilities being developed by hostile Islamist entities, bent on targeting the State of Israel.

A reality wherein rockets are launched toward Israel will be with us for many years to come.

In the next installment, Brig.-Gen. Shohat (Res.) will examine the evolution of Israel’s air defenses and counter-measures.