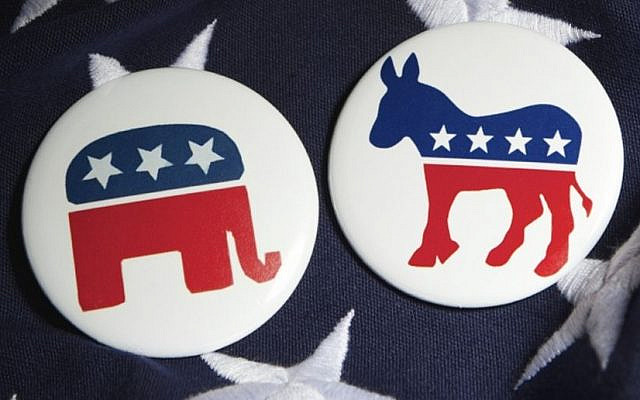 For the last two decades I have had the special honor and pleasure as a journalist in covering my Iranian Jewish community living in Southern California and in New York. They are a unique and often insular Jewish immigrant group, complex with a rich history and a remarkable story of success in America. Therefore it greatly pains me when anyone, whether a New York Times opinion columnist, or even members of my own community, provide inaccurate information about Iranian Jewry in their articles. Such was the case when I recently read Iranian Jewish writer Philip Mehdipour’s article “Why Iranian American Jews Love Trump” in the Forward where he broadly and inaccurately portrays the entire Iranian Jewish community in America as Republicans and Trump supporters. As someone who intimately knows my community very well, I can attest to the fact that Iranian American Jews are not monolithic when it comes to their political views and Mehdipour’s statements about my community are shamefully only half-truths.

Before I opine on Mehdipour’s piece, I wish to state that I identify politically as an independent and do not endorse any specific party in any elections. Likewise, I do not endorse President Trump nor Vice President Biden in the upcoming 2020 presidential race. Moreover, I did not endorse candidate Trump nor Mrs. Clinton in 2016. In fact, in 2016 I responded to another Iranian Jewish writer who incorrectly claimed that my Iranian Jewish community would largely vote for candidate Trump. I have no desire to bolster the campaigns of any political candidates in this election with my response to Mehdipour. My sole objective in responding to his claims is to set the record straight and present all of the accurate facts as well as history pertaining to the political positions of America’s Iranian Jews.

While it is true that many of L.A.’s Iranian Jews do support President Trump and the Republicans, there are still many in the community who support Vice President Biden and have a history of supporting Democrats that Mehdipour has totally overlooked or conveniently forgotten to mention. A substantial number of younger college-aged Iranian Jews in the Los Angeles attending UCLA, USC, and other schools are more often than not supporters of Democrat candidates like Biden. These younger Iranian Jews can be found at any of the Hillel centers on their campuses and have no memories nor contacts with the Iran of the past like their parents and grandparents. Instead, they are more interested in social justice issues, the environment, health care and education issues which they feel are being addressed by the Democrats. Likewise, Medhipour has also failed to mention the emerging younger Iranian Jews in Los Angeles who are increasingly coming out as LGBT and also typically Democrats. These LGBT Iranian Jews typically identify as Democrats since the Democrat party has over the years pushed for equality issues related to sexual orientation. And Mehdipour doesn’t have to take my word for it, he can easily visit the “Kol Ami” synagogue in West Hollywood and speak with the synagogue’s Rabbi Denise Eger who will introduce him to a large segment of LGBT Iranian Jews in her congregation who are most likely not fans of President Trump. And if Mehdipour is still not convinced that not all Iranian American Jews are Republicans and Trump fans, perhaps he needs to visit some of the social media pages belonging to L.A. and New York Iranian Jews to discover a number of them are very proud Democrats. For example, a Facebook page identified as “Iranian Jews” and moderated by L.A. area Iranian Jewish activist George Haroonian, has a nice mix of of Iranian American Jews who are both passionate Republicans and equally devoted Democrats. Or perhaps Mehdipour needs to have a frank conversation with Simon Etehad, an attorney, Iranian Jewish Trump supporter and former president of the Iranian Nessah Synagogue in Beverly Hills about the many Democrats in the Iranian Jewish community. Over the years, Etehad has been sharply criticized for supporting Trump and even sometimes viciously attacked on social media by some Democrat Iranian Jews in L.A. who vehemently oppose President Trump.

Another major flaw in Mehdipour’s piece is his failure to provide the full historical facts pertaining to the views of the Iranian Jews with regards to the American political parties. While it is accurate that many Iranian Jews blame former Democrat President Jimmy Carter for failing to back the late of Shah of Iran and doing little to stop the Ayatollah Khomeini from taking over Iran, there are also many Iranian Jews who harbor no ill will toward Carter when it comes to the 1979 revolution in Iran. I know this because I’ve interviewed scores of my community members who over the years have said they have no issues with Carter. In 2007, when Carter released his controversial book, “Palestine: Peace Not Apartheid,” I interviewed former Iranian American Jewish Federation (IAJF) board member Sam Kermanian who said; “Iranian Jews also remember the gentle side of President Carter’s administration, which opened the doors to the migration of a large segment of our community to the United States.” Moreover, if all Iranian Jews abhor Carter and his former administration officials so much as Mehdipour claims, then why did more than 100 of them gather at an IAJF event at a hotel in Beverly Hills in May 2018 to honor former Carter administration official Stuart Eizenstat? Eizenstat was honored and praised by Iranian Jewish community leaders and members for pushing Carter to allow thousands of Jews fleeing Iran to escape the horrors of the anti-Semitic Khomeini regime by emigrating to the U.S.

At the same time, it is sad and shameful that Mehdipour has failed to do his homework when claiming all Iranian Jews historically oppose the Democrats. Anyone digging into the community’s local 40-year history would quickly find that claim is false. On many occasions I interviewed Dariush Fakheri, former president of the Iranian Jewish non-profit “SIAMAK” organization in LA who said the late U.S. Senator Alan Cranston, former Congressman Henry Waxman, former Congressman Howard Berman, former L.A. County Board of Supervisor Zev Yaroslavsky–  all Democrats, were incredibly helpful to the Iranian Jews in the early years of their immigration to Southern California. Additionally, in his piece Mehdipour conveniently left out the case of the “Shiraz 13” when many Democrat politicians and the Democrat Clinton Administration helped L.A.’s Iranian Jewish community. In late 1999 and 2000, 13 Jews in the Iranian city of Shiraz were randomly arrested by the Iranian regime on trumped up charges of spying for Israel. These Jews were facing imminent execution in Iran and Southern California Congressman Brad Sherman, a Democrat, along with key members of the Clinton administration worked closely with local Iranian Jewish activists to launch an international campaign that ultimately stopped the execution of the Shiraz 13. Without a doubt, many in L.A.’s Iranian Jewish community have not forgotten the kindness and support they received from Democrat politicians and therefore for good reason continue to vote and voice support for the Democrats.

Lastly, Mehdipour fails to mention the near 40-year friendly relationship many Iranian Jewish businessmen and real estate developers share with L.A. city councilmembers who have nearly all been Democrats. For example, the late Iranian Jewish real estate developer Ezat Delijani worked hand-in-hand with the late L.A. Mayor Tom Bradley in successfully saving downtown L.A.’s historic theaters from demolition in the 1980s. In 2009, L.A.’s City Council, which was majority controlled by Democrats, honored Delijani with a street corner named after him and the move was applauded by many Iranian Jews. If all of Southern California’s Iranian Jews were supposedly Republicans and detested the Democrats as Mehdipour claims, then why have so many of their businessmen like Delijani worked so closely with city officials who have nearly all been Democrats for nearly four decades? 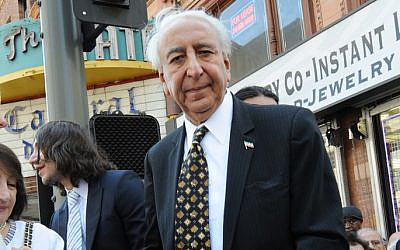 Again and again, in his piece Mehdipour picks and chooses certain segments of Southern California’s Iranian Jews to make the false claim that all of the community is Republican, but he conveniently leaves out the very viable segment of the community that are Democrats. He also conveniently leaves out the Iranian Jewish community’s positive history with Democrats and the Carter administration. While Mehdipour is certainly entitled to his own opinions, he is not entitled to his own facts. All of the facts and the Iranian American Jewish community’s history show that the community has both passionate Republicans and Democrats members among its ranks. To pigeon-hole the Iranian American Jews by claiming they all follow one particular political party does a disservice to the community and insults the community members who do not follow one party over the other. Mehdipour or anyone else writing about Iranian American Jews would do well to complete their research more carefully and present all of the facts about the community before painting the entire community with one broad stroke in a certain manner.