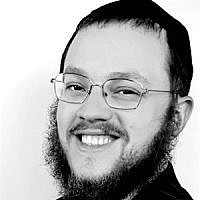 The Blogs
David Poltorak
Apply for a Blog
Advertisement
Please note that the posts on The Blogs are contributed by third parties. The opinions, facts and any media content in them are presented solely by the authors, and neither The Times of Israel nor its partners assume any responsibility for them. Please contact us in case of abuse. In case of abuse,
Report this post.

Trump terminates the Iran deal and less than a day later, Iran and Israel are exchanging missiles! Look at the consequence of Trump’s error! Fear the war he just started!

Don’t confuse cause with the effect. Iranian aggression is not a consequence of America’s abrogation of the deal. The deal isn’t what restrained Iran, which, now unrestrained, is going to attempt to destroy Israel. That’s not correct. The opposite is true: the deal enabled and empowered Iran to act belligerently and evilly. And for us to confront and restrain Iran, which we must, we need to walk away from the poisonous deal.

How did Iran get right up to Israel’s border? How did it effectively install itself into Syria? How did they attack Syrian towns with chemical weapons? How did their non-stop threats against Israel become so much more believable and so much more terrifying?

This is how it happened: the nuclear deal dumped a fortune into Iran’s treasury. The nuclear deal removed sanctions, boosting the Iranian economy and increasing tax revenue. The nuclear deal communicated to Iran: “You can do whatever you want, but you can’t go nuclear.” Which was absolutely fine with Iran.

Had we not entered the deal in the first place, we would be able to demand that Iran behave on all levels—that it abandon nuclear ambitions, that it stop supporting terrorism, that it stop menacing its neighbors. We could have imposed even stricter sanctions and reminded Iran of the so-real and so-terrifying threat of American and allied military action if Iran failed to comply.

But under the deal, we lost our leverage and our ability to pressure Iran. We gave so many carrots, but showed no sticks. What leverage did we retain? We promised not to sanction, not to attack, not to do pretty much anything at all. As long as Iran allowed us to inspect a few nuclear sites, Iran could do anything it damn well pleased and still claim compliance. We gave Iran explicit permission to be as belligerent and aggressive as it wants to be. Iran got everything it wanted while we bound our hands with blistering rope.

And so Iran lobbed chemical weapons at children and installed missiles on Israel’s border with impunity. Because those, technically, are not violations of the deal. But if we did anything to protest, well, that would violate the deal!

President Trump is right: the JCPOA is a “horrible, one-sided deal.”

Let me be clear about this: the current escalation with Iran is not a consequence of Trump’s withdrawal, but of Obama’s engagement. That Iran is firing missiles that can just hop the border between Israel and Syria is Obama’s legacy. That Israel feels—and in fact is—so threatened by Iran’s behavior in Syria and elsewhere is Obama’s legacy.

The immunity bestowed on Iran by the deal is no more. Iran’s day of reckoning has arrived.