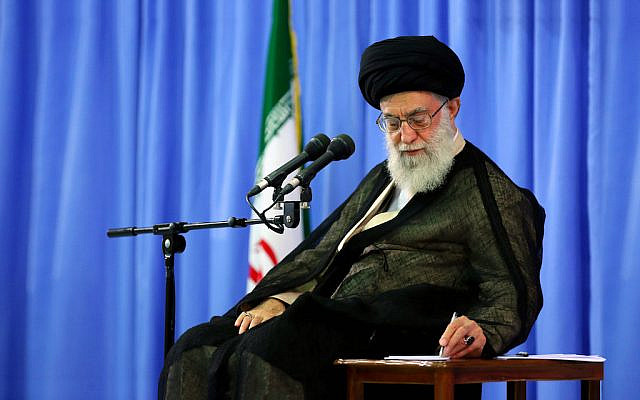 Should Belgium vote in its new proposed legislation, indicted Iranian terrorists, and criminals in general would be given the opportunity to spend their sentence(s) back in their country of origin, where their government would be then free to commute or pardon such ruling(s). To put it plainly, a get out of jail free card – which begs the question: why?

One needs to look back to February 2021, when Assadollah Assadi an Iranian diplomat and allegedly Iran’s Head of Intelligence Services in Europe was condemned to 20 years in prison after he was found guilty of plotting a terror attack in 2018, using his diplomatic credentials to evade EU security services, to better understand the premise of Brussels’ new rationale.

Under Belgium’s new law, men like Assadi, and maybe more to the point here, Assadi himself, would be allowed to return home, to a regime and a system which commandeered his arms and demanded he carried out an act of Terror.

Rushed by Minister of Justice Vincent Van Quickenborne to parliament on June 29, to answer, sources have claimed, a need for greater normalization with Iran, the “Treaty between the Kingdom of Belgium and the Islamic Republic of Iran on the transfer of sentenced persons,” boggles the mind.

Why would any sovereign nation subcontract matters of national security to foreign powers? – and yes we are talking about national security when an argument is made for a convicted terrorist to evade justice. If ever such precedent – the repatriation of Assadi to Iran, was to be made, Belgium would quite literally hand the keys to the kingdom to the very nation for which Terror is but a means to an end, giving in to Tehran’s diktat to the point of subservience.

Better ties with the Islamic Republic are unlikely to be Belgium’s main concern – rather a knee-jerk reaction to Tehran’s blackmail as it holds several EU nationals under fabricated accusations of espionage, amongst whom: Professor Ahmad Reza Jalali, Benjamin Brière, and Farida Adelkhah.

For decades the regime has used such methods as blackmail, kidnapping and assassination to advance its agenda, waging Western capitals would shy away from any real military escalation in favor of diplomacy and ‘normalization’.

If we have grown increasingly dovish in our politics, Iran has exponentially sharpened its claws, exploiting our apathy to expand its network of influence, both regionally and internationally, all the while leaning on its infamous Quds Brigade Unit 840 to threaten nations. A report by Matthew Levitt for the Washington Institute is a must-read if one wishes to understand the regime’s modus operandi and how it goes about bending governments to its will.

Tehran’s war of psychological attrition has sent us on the retreat, so much so now that an EU country is debating a legislation which challenges the integrity of its borders.

The idea would be to negotiate a prisoner’s exchange using the provisions made under the new law to rationalize the move. If one can appreciate that our Western capitals want to see their nationals escape Iran’s prisons – pawns in a game engineered by totalitarian minds, we need to pause long and hard before we allow our laws to empower the very ideologues who seek to do us harm.

One does not bargain with the Devil, especially when doing so equates to diluting our territorial integrity by way of legal accommodations.

The Islamic Republic of Iran is neither a friend nor a potential ally – at least not in its current political iteration. Under the rule of the Ayatollahs, Iran is an enemy to its own people. Why would we contemplate further enabling its operatives, when we ought instead to disarm its networks and advocate for better containment?

Surely, we must do away with the old binary: military interventionism versus peace no matter what. And since neither have proven successful – Iran has always demanded more, case in point Tehran’s petition for the removal of the IRGC from America’s Terror list as a prerequisite to renegotiating the JCPOA, an alternative is needed.

There is an argument to be made for hybrid containment – an adaptive and targeted strategy which would seek to systematically isolate the Islamic Republic from its infamous Axis of Resistance, carve a breathing space for the Opposition, and advocate for Iranians’ right to political self-determination and religious freedom as an answer to Tehran’s ethno-centrist and sectarian tendencies.