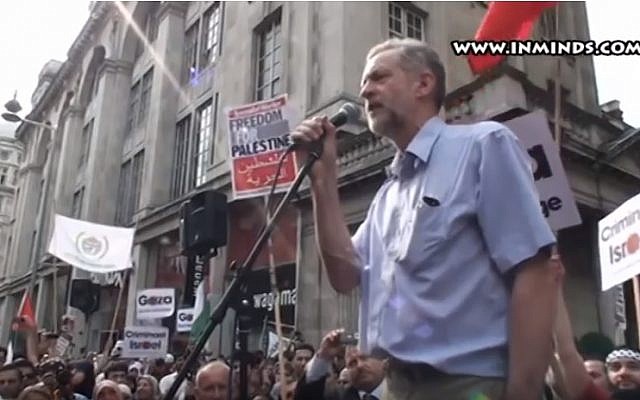 I’m only stating the obvious: freedom of speech is arguably the very basis of democracy. The right to speak one’s mind freely is a fundamental human right.

Sounds like a cliché, doesn’t it?  That’s because these concepts are so often used, misused and abused in modern political discourse.  We are so often bashed on the head with the term ‘human rights’ (often by dictators for whom the term has no real meaning) that we’ve come to accept it without question.  In fact, not everything we feel entitled to do is a ‘human right’; and even when it is, that does not mean that such right is unconstrained.

Our unquestioned human right ends where it impinges on another human right.  At that point, the two clashing rights need to be balanced; which is just another way of saying they need to be curtailed.

Freedom of speech is no different.  A fundamental right it may be, but it is far from absolute.  In fact, it is strictly curtailed, even in a democracy.  Because words have consequences.  In fact, words can kill.  The Talmud sages put that observation in a statement that loosely translates as

Life and death by the power of the tongue.

In modern political thought, the textbook example is shouting ‘Fire!’ in a crowded theatre.  That ‘freedom’ is prohibited, because the ensuing stampede impinges on the right to live – and to live free of bodily harm.  For the same reason, incitement to violence (and not just the violence itself) is proscribed.

But the line is not drawn at bodily harm.  UK statutes outlaw speech that stirs up racial hatred (the so-called ‘hate speech’), even when the words did not actually result in violence.  That’s in recognition of the fact that not just people’s body needs to be protected, but also their spirit and dignity.  This is also why the UK has laws against defamation.

In both cases (hate speech and defamation), the law does not require proof of intent.  It is not concerned with the motivations behind the act, but with its (potential) consequences.

Having established that, let us now go to the (by now famous) fact that the UK Labour Party, while ostensibly agreeing with the Definition of Antisemitism published by the International Holocaust Remembrance Alliance (IHRA), has deliberately not adopted the part which describes as antisemitic

Drawing comparisons of contemporary Israeli policy to that of the Nazis.

Instead, Labour’s ruling body (the National Executive Committee – NEC) has introduced in its Code of Conduct the following statement:

Discourse about international politics often employs metaphors drawn from examples of historic misconduct.  It is not antisemitism to criticise the conduct or policies of the Israeli state by reference to such examples unless there is evidence of antisemitic intent.  Chakrabarti [inquiry into antisemitism] recommended that Labour members should resist the use of Hitler, Nazi and Holocaust metaphors, distortions and comparisons in debates about Israel-Palestine in particular.  In this sensitive area, such language carries a strong risk of being regarded as prejudicial or grossly detrimental to the Party within Clause 2.I.8.

Contrary to what some Party spokespersons claim, the Labour Code of Conduct’s statement does not ‘expand’ the Definition – at least not in this respect; in fact, it clearly contradicts the Definition: where the IHRA Definition declares the Israeli-Nazi analogy a “[c]ontemporary example of antisemitism in public life”, the Code of Conduct says that “[i]t is not antisemitism […] unless there is evidence of antisemitic intent”.  That’s not saying much: surely anything is antisemitism if there is evidence of antisemitic intent.  But I struggle to understand what such evidence would be and how it could be obtained.  And why would the Labour Code suddenly become concerned with intent, rather than the consequences of the act?

So, is the Israel-Nazi analogy (or “metaphor”, as the Code of Conduct so poetically calls it) antisemitism, or is it not?

Shorn of philosophical and political refinements, anti-Semitism is hostility towards Jews as Jews. Where it manifests itself in discriminatory acts or inflammatory speech it is generally illegal, lying beyond the bounds of freedom of speech and of action.

Sedley, who is currently a Visiting Professor at Oxford University, is right to distinguish between immoral prejudice (“hostility”) and illegal acts, such as discrimination and hate speech.  But the fact that the former is allowed by law (i.e. it is within “the bounds of freedom of speech”) does not mean that it is acceptable.  Antisemitism is racism; profoundly immoral and therefore abhorrent.  If I were to use the ‘n-word’, I would not be imprisoned; but I would rightly be called a racist by every person of good character.

Neither the IHRA Definition, nor the Labour Code of Conduct deal with criminal offences; they are concerned with ethics, not law.

On the other hand, it is clear that in Professor Sedley’s view, discrimination and hate speech (whether they reach the legal threshold or not) are manifestations of antisemitism.  And therefore, they are in themselves evidence of antisemitism. 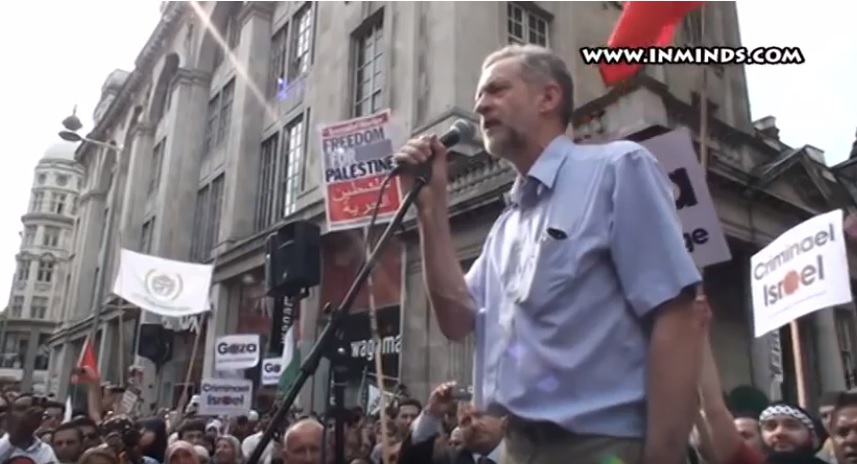 Let us move away from the debate of whether Israel actually does those things and whether some or all of them are justified in the circumstances.  Such debate would not only be endless, but also irrelevant.  Personally, I do believe that many of the accusations against Israel are at best distortions and at worst amount to hate speech.  However, that’s not my point here; my point is that, even if everything that Corbyn claims Israel does were true, the Nazi analogy would still constitute antisemitism – because it is employed in an incendiary and discriminatory fashion.

Because what is clear is that Israel is hardly the only country that perpetrates those things.  There are many territories that are ‘occupied’; more Palestinians have been killed by other Arabs than by Israel; extensive ethnical cleansing occurred in ex-Yugoslavia, Cyprus and in many other conflicts, etc.  Not one thing that Israel did and does is really unique; similar (and much worse) acts have been committed by other nations.

Yet the Nazi analogy is almost never employed in relation to other nations.  EU member state Croatia has an incontestable history of collaboration with the Nazi regime that far exceeds even Ken Livingston’s most outrageous accusations against ‘the Zionists’.  The establishment of modern Croatia involved war and the forced expulsion or flight of most of the Serbian population of that territory.  Yet Croatia is not accused of ‘behaving like the Nazis’ – not by Corbyn and not with his support, anyway.

In practice, Israel is the only entity against which that particular analogy is so often and so vigorously deployed.  It is hardly ever used with regard to Assad (who has butchered hundreds of thousands of people, including using chemical and incendiary weapons); or even with regard to Islamic State – a supremacist ‘Caliphate’ with global ambitions, guilty of exterminating entire populations.

Whatever one chooses to accuse Israel of ‘committing’ – the fact of discrimination remains: Jeremy Corbyn and his supporters are more exercised about Israel than about any other topic in international politics – bar none; and the Nazi analogy is the obvious expression of that unparalleled hostility.

Why Nazis, though?  Of course, Nazis are themselves a “metaphor” of ultimate evil.  But it’s more than that.  It is not by chance that the event that Jeremy Corbyn facilitated in 2010 in the Houses of Parliament took place on Holocaust Memorial Day; it is not by chance that Jeremy Corbyn and his best mate John McDonnell also wanted to take out the term ‘Holocaust’ from the ‘Holocaust Memorial Day’.  This is not ‘just’ about the Nazis in 1930s – it’s of course about the Holocaust.  The Israel-Nazi analogy is employed not despite, but because Jews were the Nazis’ quintessential victims.  Israelis are compared to Nazis because they are Jews.

This has two subliminal motivations:

Firstly, for antisemites, the Holocaust has always been the ultimate reproach, the pointing finger exclaiming ‘this is what you did!’ and causing some nagging feelings of guilt.  The Israel-Nazi analogy is an attempt to push back against that guilt.  If Jews (or at least ‘some Jews’) can be shown to be ‘just like the Nazis’, then there is less of a reason to feel bad for harbouring feelings of hostility against them.

Secondly, the accusation of ‘behaving just like Nazis’ is likely to be more painful for Jews than for anyone else.  Being called a Nazi is a grave insult for any normal person; but for Jews, who lost a third of their number to Nazi crimes, it is devastating.  Arguably no other accusation can be equally shocking for a Jew.  Those who use that particular analogy do so knowing that it causes the ultimate, most unbearable type of pain and distress.

Jeremy Corbyn is an antisemite; the Labour Party – with its current membership – is riddled with antisemites, including at its highest levels; the Code of Conduct condones antisemitic prejudice, even while paying lip service to anti-racism.

But it’s more than that: the Israel-Nazi analogy is not ‘just’ antisemitism; it is in fact Holocaust inversion – the ultimate, most pernicious form of Holocaust denial.  It does not deny that the Holocaust actually happened; but, by pretending that the victims can just as well be the perpetrators, it robs it of any moral significance; it kicks the Holocaust into the swamp of moral relativism, there to sink among other ordinary (and debatable) historical episodes.  Changing the name of the Memorial Day is part of the same pattern: the Holocaust thus becomes just a (non-particular) genocide in an ocean of genocides. 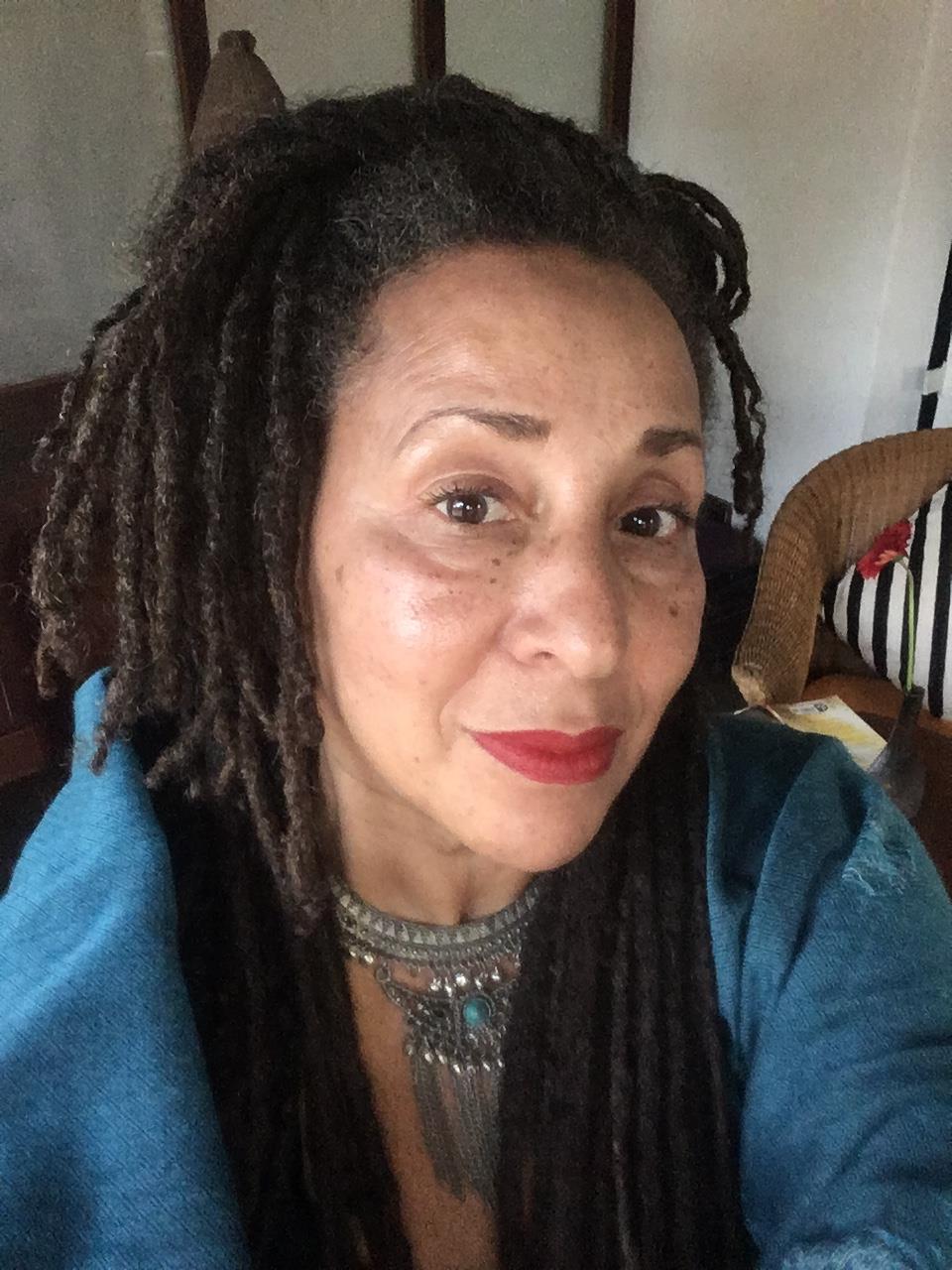 Jackie Walker (a devoted Corbyn friend and supporter) claims that the Jews were responsible for the Atlantic slave trade and for the ‘African holocaust’. {public domain image}

All this is not ‘just’ an attack on Israel, or an assault on Jews’ connection to the Jewish state; it is not even an ‘intellectual’ pogrom à la Bruno Bauer or Karl Marx.  No, it’s more than that: it is an attack on what it means to be Jewish in the 21 century; an onslaught upon the very soul of the Jewish people.