Last week, on a Facebook group, I disclosed a customer service technique that I have been keeping secret for all these years.

Some of the worst perpetrators here, in my experience, are international representatives of international conglomerates. Think names that you think are household ones but which — you will soon discover — are actually just Israeli franchisees.

And here’s my technique.

On a single handful of occasions over the past five years, I have received truly abysmal service from Israeli representatives of international chains that would put the latter’s hard-won reputation for customer service utterly to shame. And — after waging a futile battle to get customer service locally — I realized that there was a vulnerability that could be exploited.

Israeli companies that do customer service poorly largely do so because they are part of a monopoly or oligopoly. In other words, they are artificially shielded from competition.

In other instances, they know that they have a captive market — Israel is surrounded on all sides by either the sea or enemy states and getting products into the country and through customs isn’t exactly for the feint of patience. When these two dynamics run together — and when sometimes a measure of not really caring about customers is added to the mix — the result can be toxic.

While I believe the above to be true, for international franchisees of major companies, maintaining their monopoly position as the exclusive importer or representative of a parent international company in Israel is often very lucrative business. And when reputations with the right people are on the line, “אין מה לעשות” (“there is nothing that can be done,” an oft-repeated quip in Israel) often turns to “how may we help you today?”

The trick I have found — and I emphasise strongly, this is a last resort tactic — is to turn to the international parent company and ask for their assistance. I think it’s fairer to loop their Israeli representative in on the correspondence than to go totally behind their back and in fact this is often enough to spur the latter into resolution mode. The appropriate point of contact for the former, from my experience, is usually either the company’s EMEA management layer or head office.

Why does this work so well?

Companies want to preserve uniform representatives no matter which franchisee customers are ultimately dealing with. Sometimes those franchise relationships are governed by contracts which state that the former must uphold the company’s overall customer service standards.

Israeli franchisees, for their part, want to stay on good terms with the companies they represent. And as a consumer, you presumably want to get good service. In other words, there is a rare confluence of interests.

Unfortunately, when I sat down to put this into action last week I included one string of words which I later regretted. I told this company’s EMEA contact that:

“Like most Israeli companies, they do not believe in answering the listed telephone number – or responding to emails, or providing customer service in general.” 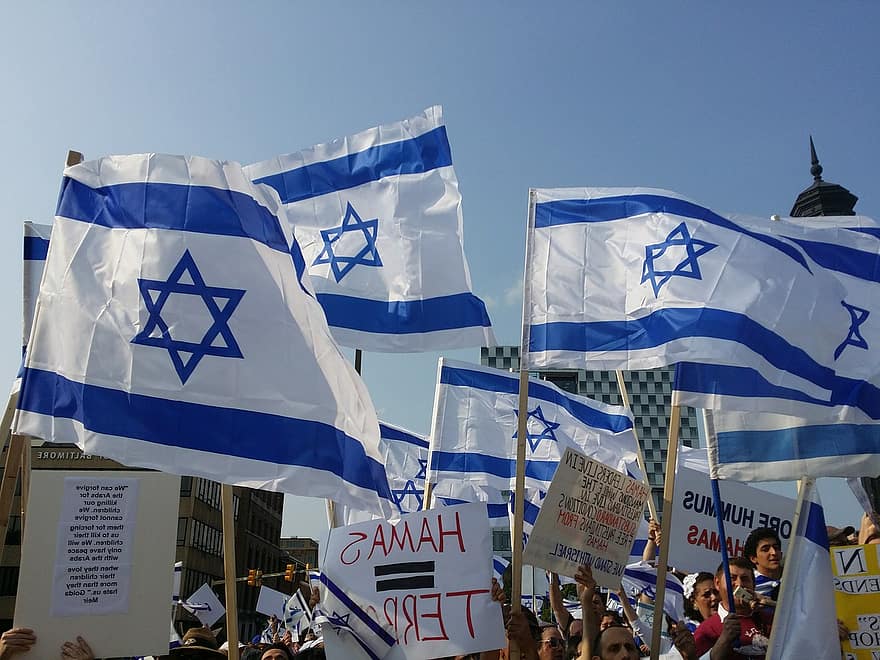 Cheerleading for Israel seems to be widely accepted, but how much criticism is tolerated?

How Much Criticism of Israel Is Warranted, Welcome, and Acceptable?

While my technique was well received — and many even reported that they had used it themselves to good effect — I was surprised by how vitriolic the reaction I received from some quarters was for “badmouthing Israel to the world” in my email through the addition of the words “like many Israeli companies”. One individual even went so far as to call my email “despicable.” And although this particular instance may be a classic storm in a teacup issue, I believe it does raise some broader issues worth discussing, which is why I am posting it to this blog.

To my detractors, I tried to explain that, last week, I was dealing with a cluster of horrible customer service situations uniformly involving Israeli companies. That I was irate, as a result, at the time I wrote the email. That I acknowledged that that addendum about “like many Israeli companies” added nothing to the complaint other than belying the fact that I was cranky and partially venting at the time I wrote it. That I would take it back if I could. And that I understood that it was also unfair to the many Israeli companies that go out of their way to show their customers that they care.

In other words, through tacking four inopportune words onto a sentence which I subsequently decided to share publicly, I had now, for many, badmouthed Israel the world and was hearing all about how terrible a sin that was.

Where Does Legitimate Criticism End –  And ‘Treason’ Begin?

And yet, although the part about badmouthing Israel currently falls flat on my ears, it has got me thinking about where exactly we believe the parameters to lie in our dialogue with the world about the Jewish state. I believe this question is particularly pertinent to immigrants like me who often, in a sense, have one foot in the diaspora and another in Israel.

Additionally, for religious Jews — and many Israelis, both olim and sabras are religiously observant Jews — the whole issue of how and when to criticise both facets of Israel and the policies of the government opens up a Pandora’s box of legal and moral issues.

Most broadly, religious Jews try to follow the halachot  (laws) of lashon hara — which prohibit broad categories of defamatory speech.

Morally, the Sin of the Spies (Hebrew: the meraglim) resonates throughout Jewish teachings as an example of the kind of Divine punishment that even internal criticism of Israel can be expected to be met with.

The negative reports about the Land of Israel that ten of the twelve spies brought back was seen as sinful and was punished, in kind, by a prolonged exile in the desert.

And that’s not the end of the potential issues involved.

The technique I described above even, for me, raised questions of mesirah (reporting the actions of a Jew to a non-Jewish institution).  For halahically observant Jews, whether a criticism about an institution or country is permissible or not  is supposed to depend on more than what kind of mood we are in when we pop open our Gmail.

While I understand and appreciate those concerns (and I should point out that I’m interested in learning more about lashon hara and associated halachot), I’m still not clear on exactly how to relate to Israel within the confines of those parameters.

If no criticism of Israel is acceptable — at least to the world at large — then aren’t we effectively left with a universal forced culture of hasbara  — one in which Israel’s morality is necessarily exaggerated at times and uncomfortable truths are scrubbed from the record or relegated to the footnotes?

In a world in which every news story can be translated into any language at the click of a button through the wonders of Google Translate, how is it possible to have a functioning press, much less a government opposition, if every word uttered about one’s fellow Israelis (the lion’s share of whom are Jews) needs to be positive in tenor?

More pertinently for this websites: is kosher journalism — at least journalism as most of us know it — an oxymoron or is there rather some way for the maxims of lashon hara and the vital institutions of a western democracy, including a free press, to coexist?

If, on the other hand, nothing good is said about Israel to the world, and we, olim, only contribution to uttering its criticisms, then surely we are part of the problem of the often unfair defamation that Israel receives on the international stage?

The ramifications for the answers to these question stretch far beyond my small complaint about a customer purchase.

They extend to whether we view Breaking The Silence’s presentations to the United Nations General Assembly — and left wing Israel NGOs’ work in general — as forthright and valuable expositions of a left wing viewpoint or as acts of treason that deserve punishment.

To whether Israel should continue to invest resources in hasbara (public diplomacy) or whether it should give up trying to dominate the narrative of the Israeli-Palestinian conflict by disseminating information that sometimes seems as slanted and obsessively partisan as that emanating from the other side.

The answer to these and other questions like them, I believe, have to lie somewhere in the middle

For Israel to continue to improve and make strides in the world, some form of internal dialogue is clearly necessary. The demonstrations on Balfour Street that have garnered international media attention have been accused of sullying Israel’s appearance in the world. But how else is organised opposition to Netanyahu’s rule possible?

A democratic government cannot exist if every one of its actions is deemed beyond criticism — and Israel calls itself Jewish and democratic in character. Can those really coexist in a global village in which no internal dialogue of any significance can truly be shielded from foreign ears and eyes; in a world in which what happens in Jerusalem and Tel Aviv can resonate internationally before the next morning has dawned?

On the other hand, it makes sense to me that we should have some limitations in place — and a sense of patriotism in our hearts — that should steer us away from egregiously bashing our countrymen and countrywoman at every opportunity, and in every forum whether big (the UN) or small (one manager at a company).

For example: it would seem counterproductive, to me, to deny that Ireland has a problematic relationship with alcohol. And I don’t feel like writing that is unjustly diminishing Ireland in the world’s eyes.

On the other hand, I would not feel comfortable holding an Irish passport while criticising every facet of the country.

Right now, I feel much the same about Israel, even though the dynamics entailed are not quite the same and the reaction to criticism, in Israel, seems to me to be far more controversial.

So for now — and until I have learned more about the laws of lashon hara and how they apply to occasional criticism of the Jewish state, its institutions of government, and even some of its franchisees — I only have the questions which I have shared here, borne out of an admittedly trivial experience with a customer service email.

But sometimes it’s the small day to day happenings that throw up the biggest and most meaningful questions.

At the very least, clarifying, for observant Jews, exactly where we believe the boundaries of allowable and unwarranted criticism of our own country lie, is an important conversation worth having.

When I have more answers, I will share them.

About the Author
Daniel Rosehill is a professional writer based in Jerusalem specializing in ghostwriting long-form thought leadership content for technology executives and public sector clients.
Comments