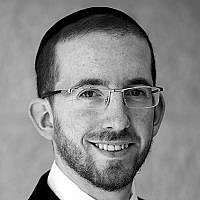 The Blogs
Natan Slifkin
Apply for a Blog
Advertisement
Please note that the posts on The Blogs are contributed by third parties. The opinions, facts and any media content in them are presented solely by the authors, and neither The Times of Israel nor its partners assume any responsibility for them. Please contact us in case of abuse. In case of abuse,
Report this post. 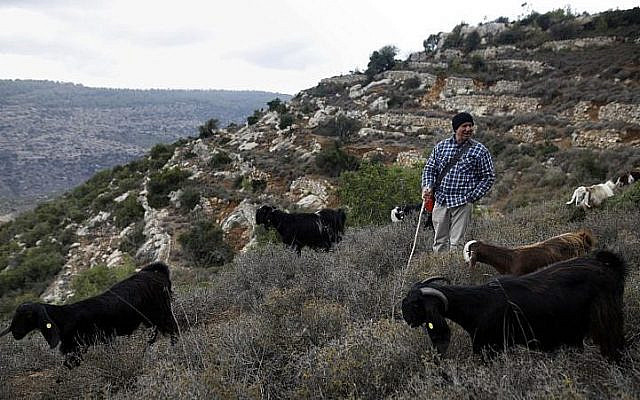 One of the most powerful testimonies to Israel’s regional uniqueness as a free society is the Ha’aretz newspaper. None of the surrounding 22 Arab countries would tolerate a newspaper that relentlessly criticizes every aspect of its country’s government; the publishers would be imprisoned or executed for treason. A recent article in Ha’aretz expands the accusation of Israel engaging in ethnic cleansing to cover not people, but rather wildlife.

“What the Land of Israel Looked Like Before Zionism” is the title of the article. The subtitle states: “Water buffalo were wiped out, fruit bats were exterminated and black goats were almost completely eradicated. The story of animals of the Land of Israel that were eliminated under Zionism is now being told at the Venice Biennale.”

In fact, the real story with these animals is not some sort of Zionist genocide of native wildlife. The water buffalo were indeed wiped out when the swamps were drained to fight malaria in the 1950s (they have since been reintroduced), but these were anyway an imported species that was not native to this area. The eradication of bats was a serious mistake carried out by the Agricultural Ministry to prevent fruit bat damage to dates, and since then, strict protective legislation has been imposed and Israel now has more species of bats than any country in Europe. The black goats (which were a domestic rather than wild variety) were indeed reduced too much in number as a way to prevent their environmental damage, but they have since been restored as a firefighting step, and the current population level is vastly healthier than the pre-Zionist overabundant numbers which ravaged the landscape.

This is not to say that no wildlife has suffered in Israel. The increase in human population in every part of the world, Jewish or otherwise, has necessarily caused enormous habitat loss and harm to local wildlife. And Israel has committed its share of environmental negligence and poor planning just like every other country in the world. But aside from the unfairness of portraying some kind of uniquely Zionist problem with eradicating wildlife, it is just not true. When one studies the broad picture of wildlife in the Land of Israel and the surrounding region over the last few centuries, the State of Israel stands out for its heroic accomplishments.

As portrayed in the Bible, the Land of Israel used to be rich in wildlife. Lions, leopards, bears, crocodiles, and even hippopotami used to roam the land. The Romans brought about the local extinction of several species, killing them or capturing them for gladiatorial games. The Crusaders finished off the lions. The Ottoman and British Empires caused widespread deforestation, for railroads and other reasons. With the introduction of rifles in the 19th and early 20th century, local ethnic groups that treasured hunting – i.e. not Jews – were able to decimate the wildlife. The Bedouin shot cheetahs, leopards, and ostriches, while the German Templars exterminated the Mesopotamian fallow deer, roe deer, and bears. Hyenas, much-loathed in Arab culture, were massacred almost to extinction. While millions of people know about Cecil the lion being shot by a rich white American dentist, no publicity was given to a contemporaneous video from Hebron showing Palestinians stoning a striped hyena to death.

When the State of Israel was established in 1948, conserving and improving the environment was a virtually religious priority, in line with biblical prophecies of the ruined land being restored to life. Hunting and trapping animals were severely limited – uniquely in the entire region. The legendary General Avraham Yoffe headed the newly-created Israel Nature Reserves Authority, with the goal of restoring biblical wildlife. The Hai-Bar nature reserve was set up in the Arava Desert, with a smaller branch in the Carmel Mountain region, to form breeding groups of endangered species and prepare animals for reintroduction to the wild. Animals that had become extinct from Israel, such as fallow deer, roe deer, white oryx, and onagers (Asian wild ass) were obtained from elsewhere — often via extraordinary efforts — and have been successfully reintroduced to the wild in Israel.

Today, Israel has the strictest wildlife protection laws in the region (and probably in the world), precisely because of its uniqueness as a nation dedicated to respecting nature in a region of ethnicities that seek to plunder the wild. At the Biblical Museum of Natural History, we have a falcon that was brought to us after it landed on someone’s shoulder — perfectly tame. Clearly, it had been illegally taken from the nest as a chick and raised for falconry, which is a traditional sport in the region (but illegal in Israel). Many large migratory birds, like pelicans and eagles, enter Israel carrying a load of shotgun pellets, after being shot for sport in Lebanon — and those are the ones that make it over the border. Israel struggles to protect wildlife in a region where many people simply do not care about such things.

About the Author
Rabbi Dr. Natan Slifkin is the founder and director of the Biblical Museum of Natural History, adjoining Beit Shemesh. He is the author of a number of works on the interface between Judaism, zoology, and the natural sciences, including The Torah Encyclopedia of the Animal Kingdom.
Related Topics
Related Posts
Comments