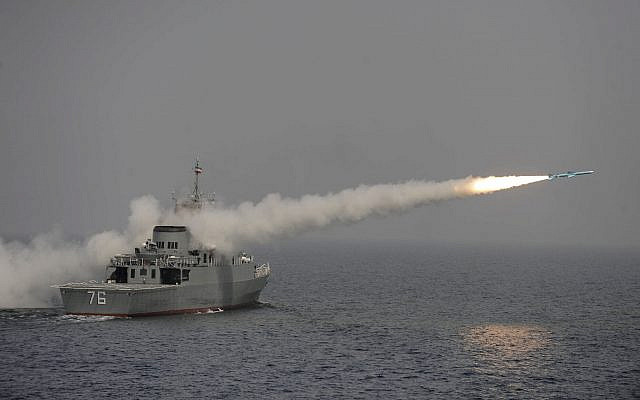 Israel’s Knesset has dissolved yet again; new elections are set for November 1, 2022.  According to polls,  two politicians are in the best  position to be elected as the next Prime Minister: Benjamin Netanyahu and Yair Lapid. So far, primarily, the campaign issues  have been domestic ones. There seems to be little difference between the candidates on foreign policy, especially on how to deal with Iran, Hezbollah, and Hamas, who are by far the largest external threat to peace for Israel. That seems odd to me, since dealing with Iran and its allies is going to a key issue with which the next Prime Minister must deal.

There is a reason for this and it is not comforting. These days, Israeli politician after politician, including Netanyahu and Lapid, as well as various members of the IDF talk about the need to attack Iran before it gets nuclear weapons. Over and over again, we hear the refrain that Iran must never get nuclear weapons. Indeed, in his first speech as Prime Minister, Lapid repeated this mantra.

Yet, here are a few realities. When the Nuclear Proliferation Treaty was agreed upon, there were only five countries which admitted having nuclear weapons: the Soviet Union, China, the United States, Great Britain, and France. Although everyone knew that Israel had nuclear weapons, it refused to confirm or deny that accusation.

Since then, North Korea, Pakistan, and India can be added to the list of nuclear powers. Iran is coming very close. Can anyone doubt that if Shia Iran obtains nuclear weapons, the Sunni countries, especially Saudi Arabia, will get them too?

Throughout history, one country has become more powerful than the others by developing the most powerful military. France was once the strongest country in the world because of all the knights on horses it had. When England learned to use the long bow to neutralize them, France did not seem nearly so tough. Over history, the country that had the best military has had to keep improving its military technology, as other countries would be sure to develop the technology that had, until recently, been the best.

This trend continued into the 20th century. The allies won World War II using bolt-action rifles like the M-1. By the Vietnam war,  American troops had the M-16. Today, even terrorists have the M-16, a rifle that Israel has abandoned in favor of the more-sophisticated Tavor rifle. Worse, today the terrorists have nonnuclear missiles. It can only be a matter of time until they have nuclear ones.

The same is true of navies. Once, Britannia ruled the waves with wooden ships. By World War I, ships were made of steel. By the time World War II ended, it was American nonnuclear, battleships and aircraft carriers as well as Germany’s  Bismarck that ruled the waves. All are gone now. Modern naval ships are equipped with missiles, both to attack the enemy and defend themselves from it.

What on earth makes people think that it will be any different with nuclear arms? The rate at which nations become nuclear may be slower than some previous advances in weaponry, but it is still taking place. As a result, Israel is going to have to learn how to live in the nuclear age. Starting a war in order to prevent the inevitable makes about as much sense as trying  to save a crumbling dike by sticking your thumb in it.

Certainly the politicians and the IDF must understand this, but it is not what they are saying. The politicians, including Netanyahu and  Lapid, are just acting like politicians. The are saying what they think  the voters want to hear. Biden’s motives are more complex.  Unlike the Israeli politicians, whose object it is to look strong, Biden must not only look strong by standing up to Iran, but he must do so without  alienating the  “progressive” Democrats, whose  political support he needs. Biden could have re-entered the Iran nuke deal (JCPOA)unilaterally as soon as he took office, now well over a year ago.  Instead, he chose to convince the world that while he genuinely wants to re-enter the Iran Nuke deal, he is not going to meet Iran’s unreasonable demands. Thus, he has been able to appear strong without alienating his political base.

As to the higher ups in the IDF and  Defense Minister Gantz, who is now a politician,  it makes perfect sense to be appearing to preparing for a first strike, even if they have no intention of actually making one. After all, it is the job of the military to look invincible. The   IDF does not want Iran to think is that Israel is not willing to fire the first shot.

At least I hope that is what is going through the minds of the politicians and the IDF.  I shudder to think that they really do not understand that Israel must learn to live in a world where nuclear weapons are commonplace.