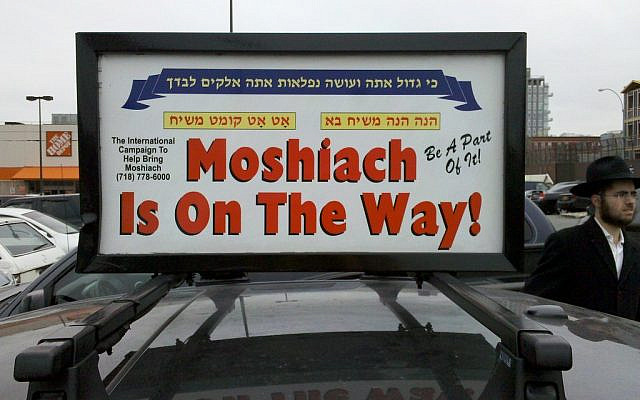 There are swirling rumours that because of all that is happening around us, we are on the verge of the messianic era and the Mashi’ach is on his way. The word is going around that the civilised world as we know (or knew) it has almost come to an end and a new age is imminent. Ellis Rivkin speaks of “the crucible of crisis”.

The world is in a dilemma, hovering between horrendous evil and miraculous good. On the one hand, we shake with fear of a cataclysmic catastrophe. At the same time we welcome medical and other miracles that could save the human race.

The dilemma is not new. In the years of the Holocaust, Western civilisation was almost extinct and the suffering of the Jewish people spelled disaster for all mankind; yet three years later, the emergence of Israel was hailed as the miracle of our time and dubbed in Hebrew the “first flowering of the redemption (reshit tzemichat ge’ulatenu)”.

Jewish theology often wondered when the Biblically foretold end-of-days would arrive. Second Temple-era apocalyptic literature and the Dead Sea Scrolls, and even some of the early sages, thought that the world would endure for an initial 7000 years, a thousand years for every day of Creation. Psalm 90:4 says, “A thousand years in Your sight are like yesterday, a watch in the night”.

There was a view that after 7000 years, civilization would come to an end and a new world would emerge, to be followed by another 7000-year cycle. After seven cycles, there would be a fiftieth-year jubilee. Bachya ben Asher says on Bemidbar 10:35 that the world would have 18,000 cosmic jubilees, making a total history of millions of years. Only God knows where today fits into the sequence of cycles.

This does not, however, prove one way or the other when the messianic era will arrive. The Messiah doctrine, which was given its classical formulation by Maimonides, is not the same as the end-of-history concept.

Maimonides says that the Mashi’ach will not usher in the end of the world. The world will continue to function in the normal way, but its spiritual and ethical quality will be different. The Mashi’ach will be a Davidic descendant of exceptional quality who will bring about and preside over an age dedicated to Torah when the Jewish people will be restored and suffer no oppression. The Temple will be rebuilt and mankind will be united. Once the identity of Mashi’ach is confirmed, he will bring about the redemption of the whole world, and the nations will turn to God in faith and unity (Isaiah 12:2-4). There will be no bigotry, no war, famine or disaster, and the whole of mankind will have one shared purpose, to know God. Joseph Klausner calls this the Golden Age of the Future.

God can choose to send the Mashi’ach any day, “today, if you would only hearken to His voice” (Psalm 95:7). Believers await the Messiah’s advent, which not only depends on God’s Providence but on earthly justice and righteousness: “The Lord of Hosts is exalted through justice; the Holy God is sanctified through righteousness” (Isaiah 5:16). But it will take time. First the wolf has to learn to live with the lamb, and the leopard has to learn to lie down with the kid (Isaiah 11:6).

One of the best-known formulas of Maimonides’ Twelfth Principle says, “I believe with perfect faith in the coming of the Messiah. No matter how long he is delayed, I will wait for his coming every day”. No-one knows all the details, but the sages say, “Whoever denies the messianic principle denies the entire Torah.”

Chabad has a song, “We want Mashi’ach now”. “We want” means “we feel the need of”. There are some who believe that the most recent Lubavitcher Rebbe is or could be Mashi’ach. Though the Rebbe spoke of the messianic king, he did not bear a triumphalist banner or purport to rule the world.

Many times in history we were sure that Mashi’ach was just round the corner. Life was so unbearable that it was impossible for it to get worse. There were many messianic concepts and many messianic claimants who put themselves forward as the genuine messianic article, but none proved to be authentic. Some of the claimants were simply deluded pretenders; some were people of intense faith; some were so alarmed at the suffering of the time that they were certain that God could not refuse to send a Messiah. How could God abandon His people? Edmond Fleg said, “In every age when the cry of despair is heard, the Jew hopes”. The Jew hoped, but there still was no Mashi’ach.

The Lubavitcher Rebbe thought that the Mashi’ach would come in this generation.   The Vilna Ga’on said it would be in the year 5750. These and other projections proposed the era which is propitious for Mashi’ach’s arrival. It has been said that much as we long for Mashi’ach, Mashi’ach longs for us.

The mystics transformed the doctrine from a Messiah from God who re-vamps the earthly people, to an “inside” messianism whereby people re-vamp themselves and gradually make their world more messianic. The mystics were adamant that each individual was a potential Messiah who could make all the difference.

What is the situation today?  Can we believe that ours is the long-awaited messianic hour? Tragically, it seems not. We probably have to continue to wait. Maybe some things are bad but (God forbid) not bad enough; maybe the good things are not yet good enough; maybe man still hesitates between two polarities and (to use the rabbinic phrase) is neither kullo chayyav nor kullo zakkai (completely guilty or completely innocent).