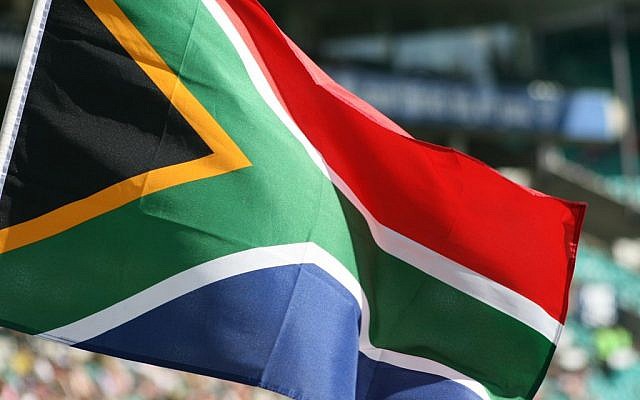 I need to debrief. Because I had a very strange week and I am battling to process it.

This is what happened.

I write a weekly opinion column for News24, which is South Africa’s most frequented on line news site. On Sunday, I wrote a column that was published Monday morning.

Further background is that although I write on multiple issues, many of my columns make reference to the fact that I am Jewish and that I am supportive of Israel — not always a popular position to take. But more often than not, my column deals with socio-political observations as they relate to South Africans living a South African life.

Monday’s column was just this. October 30th had been declared by various interest groups as being “Black Monday. People were asked to wear black in support of the white farmers who have been attacked and murdered throughout the country.

The situation is clearly horrendous but I was bothered by the fact that the initiative would send a message to black South Africans that their situation was not valued and not as important. I was bothered that the focus brought race back into a country that has struggled deeply with race identity and with apartheid and I was bothered that murder and violent crime were being viewed as being a concern of a targeted group, whereas in reality South Africans suffer daily from the most brutal and shocking acts of aggression towards them.

And so I said that I would not be wearing black.

Which wasn’t easy because a lot of my wardrobe is black. And I look thinner in black.

But no one really appreciated my sacrifice.

The article had close to 250,000 reads in 24 hours. News 24 closed comments because they couldn’t keep moderating them. It was shared and reacted to thousands and thousands of times. My editor told me to not read the comments — and I tried not to.

But my Facebook feed was quite insistent that I did.

Most comments made me blush. And not in a good way. I was told numerous times to do with myself that which I am certain is hardly even physically possible (and must hurt). And to do so in ways that were almost definitely not loving.

I was told by fellow Jews that I am the reason that anti-Semitism exists in the world and by others that I am just a liberal “Grootbek” (big mouth) and that I should…. (insert very rude word for intercourse) and that I should take off my hat (kippah) that is clearly too tight for me because it is making me think like a…. (insert very rude word for vagina).

The anger shocked me for a few reasons. The most obvious was that if one took the time to read what I wrote, I was tremendously supportive of the plight of the farmers. There was also a massive attempt to “re-jig” the protest and make it about all farmers and not just white ones. But the old South African flags at the protests, and the fact that in advance people were asked to leave them at home, proved the dishonesty of the approach. It was plain and simply about white farmers. Which is actually okay. I just felt uncomfortable with it.

And I thought it was a subject worth debating.

The reaction to my article highlighted a few things; There is a massive challenge in being openly Jewish but commenting on various socio-political events that have no Jewish or Israel reference. No matter the subject, the fact that I wear a kippah defines how I am perceived and what I am expected to say.

But more concerning is the anger of South Africans. Black Monday was a clear indication that South Africans of all races and of all religions have had enough of being let down by a corrupt government that was elected to serve them. The country is a powder keg. The frustration and the impotence of the people is ready to explode and if government doesn’t get its act together, it will be more than farmers who take to the streets.

In the meantime, I will continue writing.

About the Author
Howard Feldman is a lawyer, a physical commodity trader by industry and a writer by obsession. He is very active in the Jewish community and passionate about our world.
Related Topics
Related Posts
Comments
Advertisement