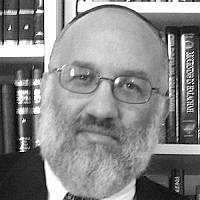 The Blogs
Yehuda L. Oppenheimer
Writer, Thinker, Tour Guide
Apply for a Blog
Advertisement
Please note that the posts on The Blogs are contributed by third parties. The opinions, facts and any media content in them are presented solely by the authors, and neither The Times of Israel nor its partners assume any responsibility for them. Please contact us in case of abuse. In case of abuse,
Report this post.

By the time you read this essay, we will all know the name of President Trump’s second Supreme Court pick. One thing, however, we already know with absolute certainty. The person, whoever they will be, will be strenuously opposed by the democrat party. “President Trump hasn’t even announced his Supreme Court nominee and already liberal advocacy groups are pumping millions into campaigns pressuring Republican lawmakers to oppose his pick”, say the media reports.

Why all the hysteria? Why the enormous gloom and doom? Why does Senator Schumer say that we are dealing with “the most important vacancy on the Supreme Court in our lifetimes”? (Besides the seemingly inevitable labeling of virtually every issue du jour as the “most important in history”…)

Of course the answer you will probably hear is that abortion rights are at stake; another conservative Justice may provide a Supreme Court majority that will vote to overturn Roe v. Wade, and affect other rights claimed by liberals. You will be told that “women’s health care rights” lie in balance, that a women’s “right to choose” should be sacrosanct, etc. etc.

Beyond the ludicrous nature of “we don’t know who it is, but we will oppose” mentality, there is something deeper that must be explored.  I refuse to believe that for millions of otherwise decent Americans, the right to kill a fetus is the issue that they care about most passionately.  Or that for so many voters, that is the single most important issue in a candidate for political office, and certainly for judges.

It is also hard to believe that the great passion in the other camp to overturn Roe v. Wade is only because people – a far greater number of people than just fundamentalist Christians – are so offended that abortion is legal.  In fact, there is much more at stake, which is often not properly understood.

Gov. Mike Huckabee quipped “Democrats Would Oppose Moses for the Supreme Court”.  I take that as more than a witticism, I think it goes to the core of the real issues at stake.

To summarize the history of the case, there were and are strong differences of opinions as to whether abortion on demand should be legal, based on a whole host of reasons. Various states wrote differing laws as to its legality, depending on the prevailing opinion in those states, until Roe was decided.

Writing for the majority, Justice Blackmun held that although the Constitution is completely silent about abortions, one could discern from an “emanation of a penumbra” of several of the Constitution’s rights – particularly the Fourteenth Amendments provision, “nor shall any State deprive any person of life, liberty, or property, without due process of law”, (a phrase repeatedly contorted by the Court into many different meanings in order to justify whatever the Court wished to hold) – that there is a general right to privacy, including a woman’s right to terminate her pregnancy. This was a classic case of Judicial Liberalism, in which the words of the Constitution were said to mandate a result that – while appearing nowhere in the text – were what the Judges claimed that the Constitution taught when considered more broadly.

The main dissent, written by Justice White, set out the basic approach of a Judicial Conservative:

I find nothing in the language or history of the Constitution to support the Court’s judgment. The Court simply fashions and announces a new constitutional right for pregnant women and, with scarcely any reason or authority for its action, invests that right with sufficient substance to override most existing state abortion statutes. The upshot is that the people and the legislatures of the 50 States are constitutionally disentitled to weigh the relative importance of the continued existence and development of the fetus, on the one hand, against a spectrum of possible impacts on the woman, on the other hand . . .

The crux, then of the question of whether Roe v Wade should be overturned is really less about abortions than the power of the Supreme Court, less about right to life or choose than the whole
approach to Constitutional law.

As Orthodox Jews, frankly, we are conflicted about whether we want the government regulating abortions or other personal matters.  Although Halacha forbids abortions (at least for Jews), it does not take the fundamentalist Christian approach, which forbids abortions absolutely under all circumstances.  There are extenuating circumstances that a posek can look at (beyond the scope of this article) in rarely permitting an abortion. As such, we would hold that the decision should be between a woman and her Halachic Authority.

Nevertheless, I believe that Roe v. Wade was a terribly decided case, which ought to be overturned; not because it resulted in abortion on demand.  Rather, Roe  was a most egregious example of judicial overreach, which laid the precedent for many subsequent cases in which Judges felt free to read their personal and political biases into the constitution’s “penumbras”.  (I wrote about this at length in regard to the Obergefell decision.) It is this attitude that Justice Scalia fought against, and that judicial conservatives find it so important to oppose, and judicial liberals (activists) find it so important to support.  This, I believe, is the REAL reason that Roe continues to be such an important and polarizing case that garners such passion from both sides.

As we go through the Three Weeks and look ahead to Tisha B’Av, it is important to think about this in terms of our priorities.  There is no question that the Churban happened, and the Bais Hamikdash has not been rebuilt, primarily because we thought we knew better than the Torah and messed up our priorities.

Both in the first Bais HaMikdosh, in which too many people exchanged service of Hashem for service of idols – idols that allowed them decide what laws they should follow rather than the
Torah – leading to horrible distortions and corruption, or the second Bais HaMikdosh, in which petty grievances between people were allowed to develop into major conflicts and hatred, people decided that their personal biases should be paramount, and that the Law should bend before it.  The Bais Hamikdash will be rebuilt only when we recognize that Hashem’s will is what should govern our lives, and it is our greatest privilege to be able to do what He wishes of us, and not impose our desires on the Torah, pretending that it says what we wish it to say.

May we merit to see its rebuilding through our rebuilding, speedily in our days.

About the Author
Rabbi Oppenheimer, Esq has had a varied career as an Engineer, Attorney, and Rav at Congregations both on the East and West Coast of the United States. After coming on Aliyah in 2017, he divides his time between teaching, writing, and showing Israel to visitors as a licensed Tour Guide. All this gives him a unique perspective on different sides of the Orthodox world.
Related Topics
Related Posts
Comments