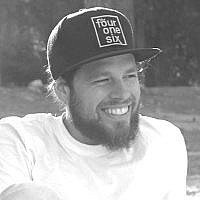 The Blogs
Yoni Levine
Ski coach turned Tel Aviv beach bum
Apply for a Blog
Please note that the posts on The Blogs are contributed by third parties. The opinions, facts and any media content in them are presented solely by the authors, and neither The Times of Israel nor its partners assume any responsibility for them. Please contact us in case of abuse. In case of abuse,
Report this post. 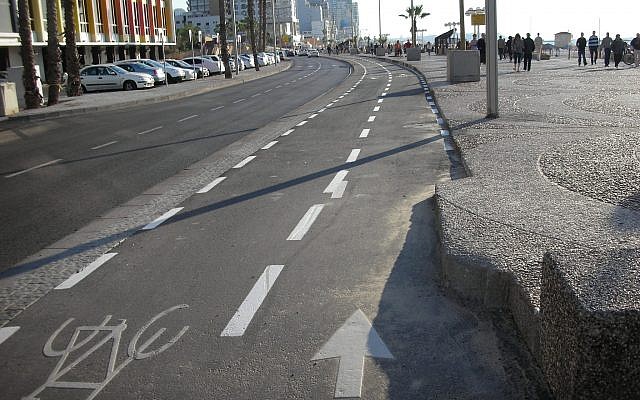 It only takes one trip to Amsterdam to experience the culture shock of a city dominated by bikers (or cyclists to use the correct terminology). Boasting as the most bicycle-friendly capital city in the world, Amsterdam enjoys traffic issues other cities only dream of- bicycle traffic. So, as Tel Aviv continues to boom as a leader in the high tech industry, and as more and more people move to the centre and traffic continues to worsen, is the city poised to embrace a cycling culture?

In short, the answer depends on who you ask. Tel Aviv, with its small urban centre and mostly flat city landscape, and not to mention its beautifully consistent weather, provides the ideal backdrop for a cyclist friendly city. And yes, maybe this is why electric bikes and scooters have been growing in popularity over the last few years. What Tel Aviv is missing however, is the rich cycling history that its European counterpart has no shortage of. Tel Aviv is a young city, and cycling in the Middle East isn’t exactly a common sport like it is in Europe or even North America.

Well, the answer is quite simply; culture. Sure, new mayoral candidates can promise  new laws to create more bike lanes, or create tax incentives to buy and ride a bike versus driving a car, or initiate other new laws or incentives that encourage more cyclists on our roads. All this would be good and helpful, however a more powerful, long-term way to make Tel Aviv more bike-friendly is to change the culture of cycling in the city.

Why is culture important? Because it is not just a matter of putting more bike lanes in Tel Aviv streets, it is a matter of changing the public perception of cycling as a whole. No matter how many bikes lanes you create, drivers will still cut off cyclists if no cycling culture exists. How do you change the cycling culture in our city? You pioneer the sport from the ground up.

Ran Margaliot and Ron Dadon are those pioneers who teamed up to fulfill a dream to create the first professional cycling team in Israel. Their stated mission is “develop the next generation of Israeli cyclists.” The two have big plans for popularizing the sport from the grassroots level up to the professional level. Through partnerships with organizations like Wish For Wheels, the Israel Cycling Academy has been able to provide 350 new bicycles and helmets to Israeli children that wouldn’t otherwise have the opportunity to ride a bike.

Similarly, by bringing “grand tour” international races to the country like the Giro d’Italia that took place in Israel this past summer, the Israel Cycling Academy is giving the country exposure to a sport that is far from mainstream in the Middle East. One of their ambitious goals is to showcase the Israeli team on the biggest stage in the sport by qualifying for the Tour de France by 2020. By gaining entrance into this monumental race, the Academy will be able to showcase not only to the world that Israelis can also compete in the sport of cycling, but also show Israel the beautiful sport and the access every Israeli has to it.

Thus, by showcasing Israeli riders in the biggest races on the international stage, as well as by contributing to grassroots organizations that aim to get more Israelis on bikes, the Israel Cycling Academy is doing the dirty work of creating a cycling culture in Israel. Once the culture of cycling becomes ingrained in a society, it is only logical to then start designing the city around bikes, not cars.

So, maybe in the not so distant future, not only will Israelis be able to root for their favourite Israeli rider in the Tour de France, they will also be able to enjoy endless kilometres of bike paths around the city to use for their commute to work or simply to go to the beach. Until then, we will have to look on enviously at the endless bike paths, and bike parking stations the Dutch enjoy in Amsterdam.

About the Author
A former Olympic ski coach, Yoni moved to Tel Aviv 4 years ago and has been splitting his time spending the winters in the mountains and the summers in Israel. Raised in Canada, educated in the beautiful northeast of the United States, and having spent the majority of his professional career telling people how to go faster on skis, Yoni brings a unique perspective to life in the Holyland. Follow his adventures @thisisjohndenver.
Related Topics
Related Posts
Comments