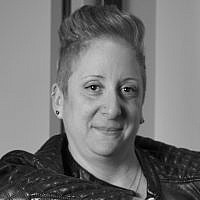 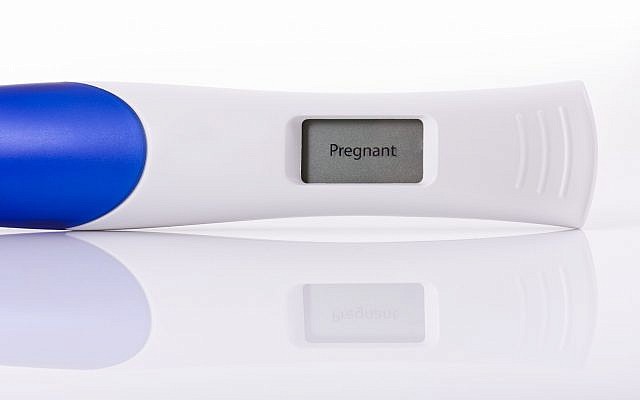 Pregnant? Decisions need to be made

Is the Jewish community anti-adoption? “Of course not!”  you say. From Reform to Orthodox, Jewish families across America are always adopting children. The majority of American Jewish women in the non-orthodox community are averaging less than 2 biological children. Jewish infertility organizations abound including Jewish Fertility Foundation, A TIME, Yesh Tikvah, Hasidah, WeAreUprooted.org, and Bonei Olam. Many women opt for adoption. Many Jewish organizations and leaders participate in the adoption field. For example, Jewish Children’s Adoption Network has placed more than two thousand Jewish children, mostly with special needs, into Jewish adoptive homes over the last twenty-five years. Reform Rabbi Susan Silverman founded Second Nurture to help facilitate foreign adoptions in a community-based approach. A plethora of Jewish social service agencies has an arm to assist with preparations for adoption- home studies and the like.

Yet despite the fact that so many Jews are dependent upon adoption to expand their families, I still assert the communal atmosphere is anti-adoption. Across the board, the Jewish community is dominated by an overwhelming fear of and stigma associated with placing a child for adoption. While we are certainly not the only community with stigma and fear around placing children for adoption, take a survey worldwide and you can see there are cultures that do better at valuing birthmothers, honoring their needs, and supporting their choice.

No one has done a study on this, but I think it is the absence of the conversation about adoption that demonstrates how much adoption placement is taboo. In 2014, “The Obvious Child” became the first major film, a romantic comedy, about abortion. The protagonist, Donna Stern, is a young Jewish comedian living in New York City. When Donna tells her mother that she’s having an abortion, her mother says “Thank God!” and reveals that she too had an abortion before Donna was born.  At no point in the film is adoption discussed as an option. There’s no struggle in deciding between these two options. While in theory- the movie is about choice- only one choice is really discussed once it’s clear she doesn’t want to be a mom at this time in her life. The absence of the conversation demonstrates the reality in Jewish life: placing a child for adoption is considered a far scarier and bigger taboo, and has far more stigma than abortion.

If we are serious about being a pro-choice community (which many Jews, including me, identify as),  we need to change our cultural conversation about birthmother-hood so that it is truly honored as an option worthy of discussion. That doesn’t mean glossing over the hard parts and pretending it is all roses and fairy dust. I am actually the last person who would deny the pain that comes from placing your child for adoption.

On the day I placed my daughter for adoption and for many years after, I cried a thousand tears. In addition to what would be normal grief, I had no support system. (If only In Shifra’s Arms had been around when I needed them.)  Due to an unethical lawyer, I did not receive the open adoption I was promised. For 18+ years, I desperately longed to know something- anything- about my daughter whom I loved so much. Instead, we had no contact at all. Meanwhile, when I told my family that I placed my child for adoption, I was shamed, especially by my mother, who said she would never forgive me for “giving away her grandchild”.

In many ways, the first 18 years after placing a baby for adoption was a nightmare. I felt shame and stigma, pain and loneliness. This led to my being silent about my choice for many years. When we talk about the fear and stigma around adoption in the Jewish community, it is fair to say I lived through one of my worst fears. I experienced brutal shame and excruciating pain, missing a piece of myself, for many years.

And yet, even amidst the worst of it, I didn’t ever wish I could go back to that abortion clinic and say yes. I knew that wherever she was, the world was better with her in it.  When I finally got to hear her voice for the first time, I knew, without a doubt, that her life was worth the pain I experienced. If I had to do this again, I would. (But if I can make it better for the next woman, I will do whatever it takes. )

Before I go on, I want to acknowledge that my saying I am glad I didn’t abort might be threatening to some readers with your own painful memories at abortion clinics. Deep down, you may wonder what your baby might have looked like or what might have been. To you, I wish only peace. You cannot go back, and if you have regrets, you must find a way to heal. But, my compassion for you notwithstanding, I must be able to talk about my choice. Because fear and stigma around adoption drive some women to unwanted and later regretted abortions. It takes away the choice from feeling like a “real’ one.

So here I am ready to bust the taboo, tell the truth about my pain, face the fears, and challenge the stigma. In part two of this series, we’ll delve into what it is that drives the fear, the stigma and the pain of adoption – what can be changed and what cannot. No infomercial. No fairy dust. Just my love and devotion to any woman going through what I went through and for our community as a whole. Meanwhile, let me know in the comments – do you think our community is anti-adoption placement? If so, why? If not, why not? Personal stories welcome.

About the Author
Lori Prashker-Thomas is a Jewish Birth Mother, who advocates for other Jewish women, both as a speaker and writer, as well as an advocate for those who have suffered or continue to suffer from Ludwig's Angina, Rheumatoid Arthritis, and other illnesses. Lori is also Owner and Officiant at Ceremonies by Lori and is Co-Owner of ShadowCatcher Photography with her husband, Michael W. Thomas.
Related Topics
Related Posts
Comments