The Blogs
Emanuel Miller
Apply for a Blog
Please note that the posts on The Blogs are contributed by third parties. The opinions, facts and any media content in them are presented solely by the authors, and neither The Times of Israel nor its partners assume any responsibility for them. Please contact us in case of abuse. In case of abuse,
Report this post. 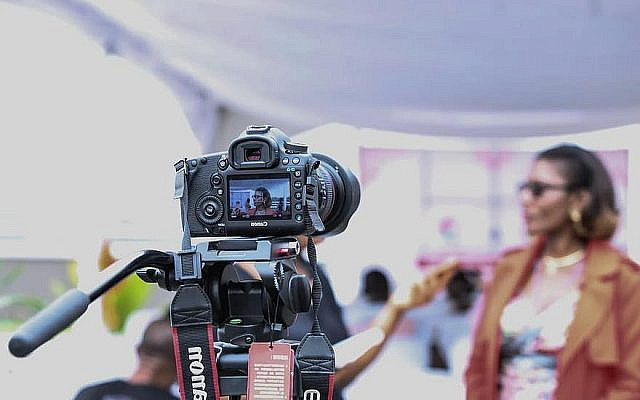 Emanuel Miller is Marketing and Content manager for HonestReporting, an organization dedicated to defending Israel against prejudice in the media.

The last few weeks have been especially fraught for Americans. The horrific, needless death of George Floyd in Minnesota underlines the depth of the casual racism that continues to afflict America.

Nevertheless, some have predictably sought to draw a line connecting the actions of the American armed forces and law enforcement and a state situated halfway around the globe: Israel.

The claim is backed with the flimsiest of ‘evidence.’

In numerous memes and images that have gone viral on social media, a parallel is drawn between the gunning down and oppression of African Americans in the US with the killing and rough treatment of Palestinians in Israel and the disputed territories. One of the most commonly shared images juxtaposes a still taken from the video of Floyd’s killing with a photograph of a Palestinian in a similar pose, pinned to the ground. The similarity is unmistakable.

The more high-brow version of the linking of Israel to the violence in America points out that police departments across the U.S. have taken part in exchange programs with Israeli security forces, and uses this to claim that Israel plays a role in the militarization of U.S. police forces.

This theory, far more pernicious, is propagated by human rights groups such as Amnesty International, and taken up by leading BDS activists and activist-journalists.

This is a variation on a theme in classical antisemitism; that Jews manipulate events for their own benefit, to the detriment of others. This in itself is rooted in dark conspiracies about Jewish power. For centuries, war, financial crises, civil unrest, and more recently, the suppression of civilian protests, have all been spun as the result of Jewish interference, with the ADL coming under attack for its role in bringing police to Israel.

In truth, American police officers and soldiers train all over the world, including in Israel. It’s important to get a sense of scale: there are 700,000 full time policemen and women in America, but only a few dozen have been sent to Israel.

Israel’s contribution is training on how to avoid racism and unnecessary violence, how to protect civilians from terrorism and avoid collateral damage, especially in urban settings. One strong proponent of the Israeli training happens to be former president Barack Obama. He was so concerned about America’s rate of causing civilian casualties that he sent his Joint Chiefs of Staff to Israel as part of the “Lessons Learned” project in 2014.

The reality is that the training in Israel is designed to teach police officers and law enforcement officials how to avoid escalations and peacefully disperse crowds. Far from learning how to kill and beat up innocent individuals, as the BDS slogan ‘Deadly Exchange’ suggests, the program is important because it helps save innocent lives – exactly the kind of thing we should be celebrating and promoting.

Israeli soldiers generally do not kill Palestinians out of an obstinate unwillingness to see that they are causing harm to the harmless, as was the case in Minnesota, but because they are tasked with fighting illegal combatants who refuse to wear uniforms, thereby using civilian populations as cover and exposing them to greater suspicion and risk. There is simply no comparison between the context of police brutality and racism that needs to be rooted out of American society and the context of a bloody, century-old territorial conflict.

The Israel military has a duty to prevent acts of terrorism; anyone drawing a line between Israel and Minnesota without acknowledging this is undermining the very real security threats Israel endures.

Suggesting that the Israel-Palestinian conflict can be reduced to a matter of racism or privilege is at best mindless virtue-signalling and at worst creates the false impression that the answer to solving this most intractable of conflicts lies in Israelis simply being nicer to Palestinians or “ending the occupation”. That’s pathetically one-dimensional and ignores Israel’s very real security needs and the ongoing incitement and antisemitism rampant in Palestinian society.

Time and again, anti-Israel extremists seek to exploit the issue of the day to attack Israel. At a time when it is claimed that “the knee-to-neck choke-hold that Chauvin used to murder George Floyd has been used and perfected to torture Palestinians by Israeli occupation forces through 72 years of ethnic cleansing and dispossession,” as one college petition suggested, journalists have a duty to make the truth clear.

As Israel Police spokesman Micky Rosenfeld tweeted, “There is no procedure that allows an officer of the #israel police dept to carry out an arrest by placing a knee on the neck of a suspect.”

More than ever, there’s a need for investigative journalism – but combating misinformation like this doesn’t even require a thorough investigation; it only requires honesty and a bit of backbone. Surely that’s exactly what journalists owe their readers.