There is very nearly universal agreement that it would be not only illegal under international law, but disastrous for both Israel and the Palestinians if Israel were to go ahead with extending its sovereignty to encompass the Jews living in the West Bank.  In the interests of balance and a fuller understanding of the issue, this is an attempt to set out the opposite case. 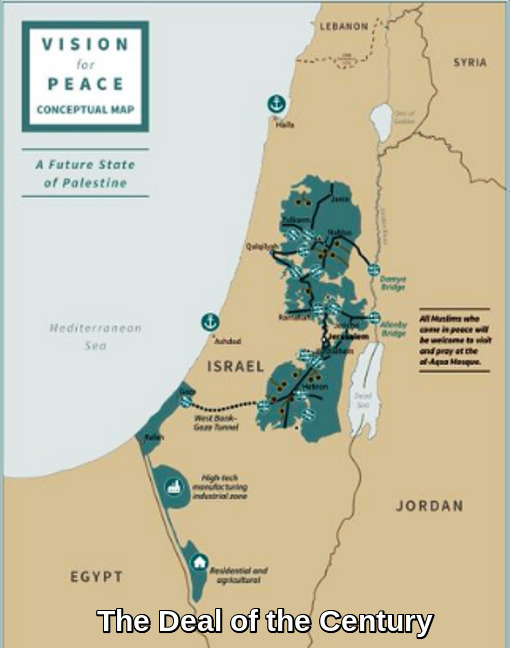 “Peace to Prosperity” is the plan devised by the Trump administration as the basis for a peace deal between Israel and the Palestinian leadership.  One of its aims is to achieve a contiguous, viable sovereign Palestine comprising 70 per cent of the West Bank together with a Gaza expanded by three substantial land swaps – in other words, a two-state solution.  With the deal comes a huge financial boost to the Palestinian Authority, and an economic aid package akin to the Marshall Plan.  Both Israel’s prime minister, Benjamin Netanyahu, and Benny Gantz, Israel’s alternate prime minister, have accepted it. It is only within the terms of this plan that any extension of Israel’s sovereignty is being contemplated.

The essence of the legal case for Israel extending its sovereignty to Israeli citizens living in Area C of the West Bank is that under international law, by way of an international legal instrument unanimously approved by the 51 members of the League of Nations in 1922, Judea, Samaria and east Jerusalem are within the territory designated as the “national homeland of the Jewish people”. The treaties in question, which have never been abrogated, amended or rescinded, are the San Remo Resolution of 1920, and the League of Nations’ Mandate for Palestine of 1922, preserved by Article 80 of the Charter of the United Nations of 1945, which grant Jews the irrevocable right to settle anywhere between the Jordan River and the Mediterranean Sea.

Turning to “annexation”, the term is universally agreed to be “the incorporation of newly acquired territory into the national domain”.  Judea, Samaria and east Jerusalem, the argument runs, cannot be construed as “newly acquired territory”, since under international law they have always been part of Israel proper. “Annexation” as legally defined does not apply where the country considered to be doing the “annexing” already possesses sovereignty.

As for the term “occupied territory”, the classic and received definition of “occupied territory” in international law is laid out in Article 42 of the Hague Regulations: “Territory is considered occupied when … a belligerent state invades the territory of another state with the intention of holding the territory…”  However, Israel did not invade Judea and Samaria in 1948.  The invading “belligerent state” was Jordan, and the territory invaded belonged to the nascent State of Israel. So the territory that Israel reclaimed in 1967 had never been “the territory of another state,” nor did Israel obtain it by a war of aggression but rather by undisputed self-defense.

In short, the conclusion of this legal opinion is that what is being proposed by Israel is not “annexation” but rather the lawful exercise of full sovereignty over the State of Israel’s own legitimate territory.

It need hardly be said that this interpretation of international law is strongly, and almost universally, disputed.  Unfortunately there appears to be no wholly independent international judicial forum in which it could be tested.