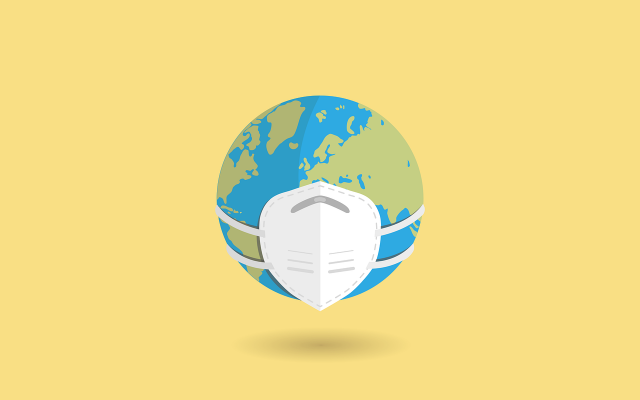 As the world entered the fear and uncertainty of the novel coronavirus pandemic, I remember hearing one optimistic refrain time and time again. The massive shock to the global system, it was hoped, would produce a change in mentality that would lead to a better “rebuilding” of our daily way of life from governmental policy to interpersonal relations and business practices. I recall how global emissions reduced by nearly 20 percent in early 2020, with inspiring images of Beijing and New Delhi with blessedly clean air. In so many respects, it seemed like the world was perhaps taking advantage of an opportunity to really turn a corner.

These hopes now ring increasingly hollow in the wake of humanity’s collective “return to normal.”

The pre-Covid reality consisted of human caused destruction, misery and degradation, and guess what? Two years later, reality consists of human-caused destruction, misery and degradation. In a remarkable deja-vu moment, societies have mostly failed to internalize the lessons that Covid forced upon us. In stupifying contrast to other crises, societal cohesion collapsed at the very moment it was needed most.

In the summer of 2014, I saw combat in operation “Protective Edge”. My experiences were challenging and traumatic, yet just as powerful was the overwhelming and heartwarming sense of support and unity coming from the Israelis we were defending. We received every gift imaginable from much needed underwear to free massages. We even had someone drive across the country in a moving van laden with hundreds of kilos of meat so our battalion could feast on a massive barbeque in our staging area before returning to war.

As I revisit the trials and tribulations of the past two years, that feeling of unity and sense of purpose is glaringly absent.

The world today is undergoing what certainly feels like the worst crisis of my lifetime. Israel has not been spared; at the time of this writing, COVID-19 has killed more than 130 times the number of people who died in Operation “Protective Edge.” Furthermore it has disrupted life (not just for Israelis) beyond recognition. Yet the contrast between the two crises could not be sharper. Israel recently emerged from four scathing electoral cycles in the last two years, with no new budget passed for 3 years, and with right and left routinely calling each other traitors. This has spilled into protests and violence. Throughout the pandemic a vicious sectoral and political blame game ensued – Haredim versus protesters, Bibi versus Bennett supporters, the list goes on.

The United States has far and away the most Covid deaths in absolute numbers and a disproportionate amount of deaths globally. As of this writing the US has more than three hundred the amount of dead Americans from Covid compared to the other great shock of my lifetime – 9/11. And yet – the overwhelming sense of togetherness that I recall after that tragedy has been replaced by deep mistrust and internal divisions, laid bare by the painful events of January 6th. Furthermore, and in contrast to many (though certainly not all) other countries, most public health measures being considered have been the subject of bitterly politicized arguments.

Granted, Covid is different, and these are NOT perfect comparisons. Operation protective edge lasted 50 days, whereas we are now in the midst of our third year living with the pandemic. Still, I can’t escape the overwhelming sense of a missed moment. Covid had a chance to bring us together. Instead it has torn us apart.

The world is burning

As the Covid crisis was beginning to unfold, and as the air in Delhi was looking so crisp and clear, I remember the calls to ensure that the rebuilding of a post-pandemic world would be green and inclusive. Indeed the environmental challenge predates Covid, and we will continue to be dependent upon the natural environment that sustains human life long after Covid has become endemic.

Instead of such hopeful optimism I see a world that is well on track to surpass 2 degrees Celsius of warming, a chaotic and inefficient attempt at energy transition, and a New Delhi that is plagued not just by smog but by toxic river foam.

In Hebrew, there is a well-known adage that “urgent matters are prioritized over important ones.” The Covid crisis urgently affected the entire world, but the response has been decidedly nationalistic. The OECD estimated that 50 billion dollars would have sufficed to vaccinate the global population. Instead we remain far from that goal while G20 countries have spent trillions on economic support. This type of self-defeating parochialism does not bode well for what lies ahead in tackling the environmental challenges we collectively face.

Perhaps the dynamic that has struck me the most during Covid has been what I see as a failure to integrate the shocks Covid injected in our daily routine into our interpersonal and professional habits. There have been pushes for employees to simply return to work as before (as of now dispelled by Omicron). Sporting events in the US have been packed to capacity. A particular lowpoint I cannot forget is when Justin Turner, who had just been diagnosed with Covid, nevertheless went out maskless to celebrate with his teammates who had just won the World Series. Now, with Covid cases falling but hospitalizations still sky high (at least in the US), sporting arenas are jam packed in a way that can only be explained if people have made the decision to “return to normal”, regardless of the circumstances surrounding them.

In both work and leisure, we had a chance to do things differently going forward – to strike a balance between our personal needs and those of the people around us. Instead it seems that we are harping back to what we had before – as if that was the ideal in the first place.

Furthermore, I was devastated to witness the extent to which people around me – from strangers on busses to friends I knew, embraced an ‘everyone for themselves’ mentality. What pains me most about this behavior is the dissonance I feel from my own upbringing. As a religious Jew and a Zionist, I have always harbored a deep sense of responsibility to a larger collective. It is that drive makes me value giving charity, the same motivation which led me to move to Israel and insist on fighting for my country. This worldview also leads me to promote policies which I believe will improve the lot of my brethren – because their well-being matters to me, regardless of background.

These are incredibly complicated issues, and I don’t pretend have all the answers. There are legitimate policy debates to be had, for example, about the costs and benefits of public health measures, economic welfare programs, and environmental regulation. However, I cannot stomach the staggering degree to which Covid has laid bare the divisions in our societies. Demonization and polarization are thriving in the United States, a country which, despite its flaws, remains a beacon of hope to the rest of the world. In Israel, the Jewish people have been plagued by ugly tribalism, reminiscent of the pernicious hatred for which our sages tell us the Second Temple was destroyed. This I refuse to accept.

Ashish Jha, physician and the dean of the Brown University School of Public Health, said it best. In the context of the pandemic he said, “What I’m worried about is people saying okay it’s over we are ready to move on. We’re not ready to move on – we have a lot of work to do.” Indeed we do.

About the Author
Originally from the United States, Natan came to Israel in 2010. He served in the IDF, recently completed his master's degree in public policy and continues to try and contribute to the country that he loves. He is interested in things, and loves passionate but civil discourse. Follow him at @KohnNatan.
Related Topics
Related Posts
Comments