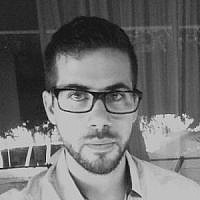 The deeper theological roots in the narrative and identity of peoples explains behavior and politics in the Middle East and around the globe.

Political Theology is a term associated with the famous 20th century jurist and political theorist Carl Schmitt. The opening sentence of his book titled “Political Theology” states that sovereign is he who decides on the exception. His point was that the modern state as a system is inclined to substitute theological concepts in the political and legal realm. Instead of God as sovereign and the only one with the right to use violence, thus the state is sovereign is the sole proprietor of military force. Or rather, when the legal and government system takes a back seat to an emergency state of affairs, the one who is able to officiate this and operate is the real sovereign, in other words, the exception.

But it doesn’t end with the political. As a principle, this broad concept is universal and affects our behavior as a post-religious society and as individuals. It is quite simple, basically theology influenced our culture, which still has an impact on people whether they are active or not, religiously speaking. They say when one’s limb is amputated, the amputee still senses it there. So we talk about theistic morals without believing in God and we talk about love and meaning as if we weren’t actually materialists in our philosophy. Our worldview is intuitively wired by embedded religious incentives. Religion has been moderated and replaced by worldview and psychology.

Many of us are not only saddened and defensive about the hatred we inevitably notice from Islamists in the West, we are also baffled by it. It is confusing that hostile Islamic protest in Europe and America are just tolerated, and it is bizarre to see irreligious nominal Muslims act in a similar manner. One reason is the natural effect of religion. Politicians in Muslim populations speak to the masses using popular rhetoric, touching the deeper intuition that is defiance and dissent towards the West. This dogmatic and hostile worldview may be traced to the rhythm of Islam, which literally means “wholeness” or “perfection”:

There can be no truth outside of Islam, Islam cannot ever be wrong and to suffer defeat is unfathomable.

We could say that Islamism is the apparent volksgeist of Muslim society. In a similar way, some say the prominent Jewish volksgeist is messianism. Be that as hope or unrest, even irreligious Jews and Israelis are often prone to idealism and activism. In a negative manner, this could expressed as pessimism, self-pity or condescendence. One could also play with the idea that Western culture is now prone to tolerance because of a Christian ethic and contempt towards the Jews because of old Christian anti-Semitism.

Unfortunately for us, many Muslim societies are yet to be refined by the tolerance of humanism and liberal values.

The Zionist volksgeist of Israeli Jews clashes with the Islamic and nationalistic Palestinian volksgeist. Islamism cannot cope with political compromise to non-Muslims. We cannot give up the heart of our national movement and icons. It is an insurmountable difficulty for people to compromise their deepest intuition which is the foundation of their identity, worldview and daily life. As such, a cold but status quo can be maintained along our international borders, with Syria and Lebanon as with Jordan and Egypt, which separate us from them.

In regards to the Gaza Strip, I believe that eventually, after some years, a status quo can be maintained and that is why I still support the disengagement led by Sharon in 2005.

But the West Bank is an entirely different situation. Israeli Jews and Palestinian Muslims are in deadlock and neither can budge so only God can change the political status of the West Bank.

And until that day comes, may the best god win…

About the Author
Natar has an MA in Jewish Thought from the Hebrew University of Jerusalem. He likes to read and write about politics, Jerusalem and messianism.
Related Topics
Related Posts
Solomon Natar
Comments