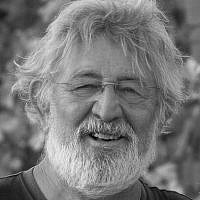 When looking at our Israeli political system which claims to be the only democracy in the Middle East, for those that understand what a democracy is, may well question the validity of such a statement.

I wonder what Cleisthenes, commonly referred to as ‘the father of Athenian democracy’, would have to say of the ‘democratic’ model that Israel employs today. We need to remember that the reason for the creation of democracy was to increase the power of the citizens and to reduce the power of the nobility. In fact, what we perceive in Israel is the exact opposite of what Cleisthenes, all those years ago (580 BCE), intended.

Yes, we have come a long way since the rocky formation of our state, but when black is being presented as white and positive as negative, we should be examining our inner convictions! The Israeli economy is considered by most as being strong but leaning too much on the hi-tech startup sector. Industry and agriculture are bearing the brunt of weak fiscal management by the government and the lack of foresight and therefore are both ailing.

As we have accomplished generals running our armed forces does it not make sense that the relative cabinet positions should be filled with qualified and competent individuals? Instead, we see the placing of buddies into government offices to ensure continued support of a flawed system run by, possibly, a questionably capable leader. I make this reference with indifference to who may be in power as it is the system that allows this to happen. So, if the system allows it – use it to your advantage – hmmmm.

I do not believe it is enough to go out into the streets and decry the government but rather to propose a workable solution to an untenable situation.

Not only is the legislative, but also the legal system in need of serious reform. In the coming weeks I intend firstly to identify some weak points and then secondly to suggest what, in my opinion, could work as a platform for a sane and accountable legislative and legal system.

As defined by Britannica and the Oxford dictionary:

Democracy, literally, rule by the people. The term is derived from the Greek dēmokratia, which was coined from dēmos (“people”) and kratos (“rule”) in the middle of the 5th century BCE to denote the political systems then existing in some Greek city-states, notably Athens.

Quoting Abraham Lincoln at the Gettysburg Address would be a good idea before leaping into what we in Israel have as a government and then to ask the question as to whether it is a democracy or not.

Examining the above, to me at least, it seems plain that we are not a democracy but rather a people having to choose a party of individuals, largely unknown to us, led by a person whose character and charisma determines the path of the party policy. This charisma and character may not necessarily meet our personal expectations of a leader, but this is the system we have.

It is an historical fact in many countries and here in Israel as well, that election promises seldom come to fruition. We are in the process of inaugurating our 25th Knesset and we have never had a majority government that could present a stable government for four years – our designated election cycle. Should this not lead us to ask or determine that something is wrong?

With Lincoln’s famous quote in mind, we could adapt his quote to what is happening in Israel – no matter who is in power.

“That government of the people, by the person, for the person and that the people may perish from the earth as long as the person in at the head.”

Because we choose a party and not an individual, there is little or no inbuilt accountability of the individual and in my opinion, this is the core of the problem.

To close out this post and give a teaser for the next one, many of the criminals convicted in our legal system come out after a time of imprisonment with university degrees but with no real moral change to their characters. Over the weeks to come we will look at our flawed legal system as well.