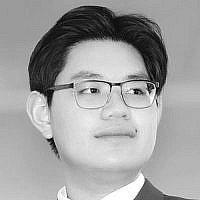 The Blogs
Le Dong Hai Nguyen
Aspiring Economist from Vietnam
Apply for a Blog
Please note that the posts on The Blogs are contributed by third parties. The opinions, facts and any media content in them are presented solely by the authors, and neither The Times of Israel nor its partners assume any responsibility for them. Please contact us in case of abuse. In case of abuse,
Report this post. 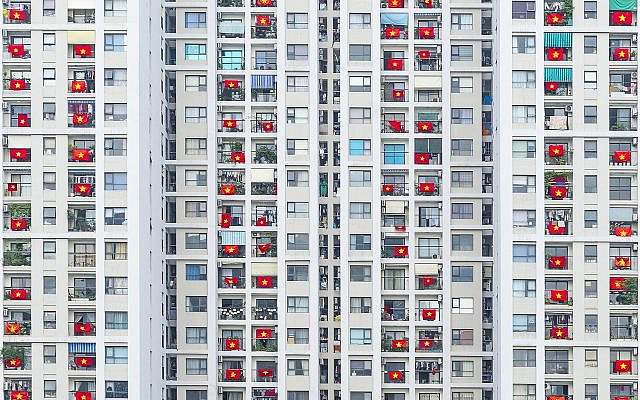 An apartment building festooned in red flags to support Vietnam’s COVID-19 fight and those on the frontline. (Photo courtesy of Prabu Mohan/@the_prabster)

The Jewish state had made headlines worldwide for its world’s highest per capita vaccination rate — nearly a quarter of its 9.3 million citizens had been inoculated as of this week. Already the country has reported a significant drop in its positive test rate, as well as the number of seriously ill and ICU-admitted patients. However, this initial success — a rather outlier one — may be out of reach for the majority of the world. The alternative option? Vietnam, a low-cost covid success story.

For most of 2020, the Southeast Asian country has kept the pandemic under control. Until late July, it had managed to keep the total case tally in the hundreds with not a single recorded death. Even with several resurgences, the country’s covid death toll stands at just 35 as of today, with no locally-transmitted infection for weeks. What are the secrets behind this miraculous success, especially for a relatively poor country sharing a long border with China?

The first and arguably the most important factor is mask-wearing. While the World Health Organization and public authorities in many developed countries from the United States, Britain to Singapore was discouraging their citizens from wearing masks — some even went so far as to claiming masks would increase the risk of infection — the Vietnamese authorities had issued a universal mask mandate as early as March last year. Even before the government order, face masks had already been accepted as a ‘fact of life’ in many Vietnamese cities. Western media often associate this with air pollution — with which I agree — but there is another explanation often overlooked. In a country with unbearable sun and obsession with light skin, long-sleeved clothing and face masks had become the cultural norm — especially when most Vietnamese do not apply sunscreen, according to a 2016 report by market consultancy W&S.

My point is that countries elsewhere should encourage a mask-wearing culture as there is still lots of uncertainty about the new strains of the coronavirus and their impact on existing vaccines’ efficacy. Fortunately, there has been a small trend of post-pandemic usage of masks — either because of privacy concerns, as seen in the viral crowdfunding campaign Blanc, empathy for immunocompromised patients, or anxiety about future respiratory diseases.

It is also important to note that government mandates, however sound, depend largely on the citizen’s trust and willingness to cooperate. According to YouGov, over 90% of Vietnamese expressed confidence in the government’s handling of the pandemic.

The secrets behind this achievement can be attributed to the government’s various measures to increase transparency. The socialist republic had reorganized its fragmented preventive medical system to a network of ‘centers for disease control’ (which also matches the popular CDC acronym used by the U.S.), as well as quickly reprimanding, firing, or even prosecuting officials or government employees breaking the covid restrictions, thereby boosting morale and earning much praise from the public.

Another reason for the Vietnamese government’s world’s highest approval rate is its success in leveraging patriotism into mobilizing its aggressive coronavirus response campaigns. From Vietnam War-style posters with the militaristic slogan of ‘each citizen is a soldier in the battle against covid’ to the viral “Ghen Co Vy” handwashing PSA song, the socialist republic has championed the rhetoric of ‘short-term pain, long-term gain,’ encouraging the sacrifice of certain personal liberties to quickly suppress the pandemic. The country’s 60 million social media users often circulate covid-themed covers of patriotic songs, nationalist poems filled with social distancing and mask-wearing reminders, and heartfelt ‘stories of sacrifice’ of first responders and medical workers dubbed as ‘fairies in the white coat.’ Most developing countries in the world have a long history of fighting colonialism, and reigniting this sense of patriotism as Vietnam did may prove beneficial in the fight against the virus.

Every business, every citizen, every residential area must be a fortress to prevent the epidemic ~ Vietnam PM Nguyen Xuan Phuc

Without such support from the public, Vietnam may very well have lost the battle. Despite a population of nearly 100 million, the country’s total healthcare spending stands at just $20 billion, roughly the same as that of New Zealand’s 5 million inhabitants. Vietnamese hospitals — which often do not have sufficient ICU beds or ventilators — would quickly be overwhelmed if the infection wave prolonged and spread nationwide. What Vietnam lacks in testing capability, it makes up for in aggressive contact-tracing campaigns — a low-cost yet effective approach that requires extensive cooperation from the public and comes at the cost of privacy. State media extensively publicized detailed itinerary record of covid patients — each is assigned a number and theoretically remains anonymous, although it doesn’t take much time for social media users to dox and cancel superspreaders and covid regulation violators like the infamous Patient 17 — and the public quickly provided the authorities with crucial information, allowing them to quickly identify potential infections and quarantine up to F3 contact level.

The final lesson — and perhaps the most painful one for Vietnam — is border control. While Western media often sensationalized the success stories of Japan, Taiwan, or New Zealand, let’s not forget that these are island countries. The majority of nations in the world have land borders, and that’s why Vietnam’s cautionary tale is worth paying attention to. Back in summer 2020, the country was proclaimed as covid-free for over three months — life had basically returned to normal, and covid began to feel like a distant memory — before being disrupted by a chain of infections in the coastal city of Danang. The Indochinese country has effectively nullified international travel since the pandemic — and those that managed to get in on repatriation flights are subjected to 2 weeks of minimum quarantine, though 4-week isolation is not uncommon — as such, the national attention rested upon its long borders with Laos, Cambodia, and China. The country’s border guard chief recently admitted that hundreds of illegal entrants get caught every day, thereby supporting the Vietnamese healthcare minister’s claim that the aforementioned covid wave in Danang was linked to “foreign origin” — a ‘diplomatically correct’ term falling just short of angering its northern neighbor. This is indeed a wake-up call for countries, especially in light of the new covid strains, to focus more on their border security. For those with low covid cases, the stakes might be even higher. The lack of locally-transmitted coronavirus cases over a long period of time might lead both citizens and the authorities to let their guard down and less likely to exercise protective measures such as washing hands, wearing masks, or avoiding crowds. This would facilitate a perfect condition for a rapid resurgence of the virus — all it takes is just a small number of infections breaching the border unnoticed.

The vaccine is finally here, but the pandemic is far from over. For countries like India, for example, herd immunity would not happen until early 2023, not to mention the recent concern about the new covid mutations’ impact on existing vaccines. While Israel’s success with vaccine distribution and implementation is worth aspiring for, countries — especially developing ones — should take a careful look at Vietnam, at least for the time being.

About the Author
Lê Đông Hải Nguyễn (DoHa Nguyen) is an aspiring economist with interests in political economy, comparative politics, and the future of work. An economics student at Georgetown University's School of Foreign Service, Hai is also the co-founder and Executive Director of the Global Association of Economics Education, a multinational organization promoting economics literacy and entrepreneurship incubation in ten countries. He is also one of the youngest Fellows of the UK's Royal Society of Arts.
Related Topics
Related Posts
Comments