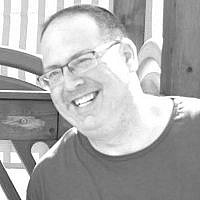 Every year at the Passover seder, my father Yaacov would give the same unique explanation for the section that reads:

Most commentators base the reasoning of why Rabbi Elazar ben Azariah said, “Behold I am like a man of 70 years”  because he was actually a very young man. He was 18 years old and then suddenly became head of the Sanhedrin, the Jewish Supreme Court. He had tremendous wisdom for his youth, but he was afraid that people wouldn’t respect him. So he prayed to God and his hair miraculously turned white overnight. So he says, “I’m only like a 70-year-old man.”

But my late father preferred a different explanation (I have never found the exact source for this, but he liked this explanation very much).

My father explained that there was a group of people who were known as the “70 Year Group” just like you have sports teams today called the “76ers” or the “49ers”, named after important events that happened in 1776 (the birth of the US) and 1849 (the Gold Rush) respectively, back in Rabbi Elazar ben Azariah’s time they had a group of people known as “the 70 year” people, because they were of the generation of the 70 year Babylonian exile between the destruction of first and construction of the second temples in Jerusalem.

My father explained that Rabbi Elazar ben Azariah was of this “70 year group”, and that’s what he meant when he said, “I am like a man of 70,” he used to think like the people of the 70 year group.

BUT when Ben Zoma came and gave a new interpretation to the verse, Rabbi Elazar ben Azariah saw the light and started thinking differently.

This week the modern State of Israel marked 70 years since its independence in 1948. In light of my father’s unique interpretation perhaps we can also draw a connection.

Before the State of Israel was established, the Jewish people as a whole were mostly in exile and were part of “the 70 year group” (k’ven 70 shana). It is easy to understand why they wouldn’t recall the Exodus from Egypt at night (in other words why they wouldn’t celebrate the Exodus at dark times, in troubled times, at night).

But now, 70 years after the establishment of the State of Israel, a flourishing Jewish country in its biblical homeland with its own army, its own government, speaking Hebrew, receiving Jewish immigrants from around the world, leading the world in science, technology, medicine, and more, we are no longer of “the 70 year group”.

We have all “seen the light” (and continue to see it) which Ben Zoma introduced. We recall the miracles of the Exodus during the day, during the night, and into the times of the Messiah. After 2000 years of exile, we are home.

My father, who loved the people and land of Israel, and who lived life to the fullest in Israel was right on the money with his explanation.

Ben Zoma taught us to celebrate the miracles we experience, ‘ALL the days of your life’.

We are no longer part of the “70 year group” of thinkers.