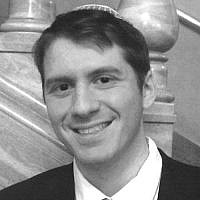 The Blogs
Daniel Fridman
Apply for a Blog
Please note that the posts on The Blogs are contributed by third parties. The opinions, facts and any media content in them are presented solely by the authors, and neither The Times of Israel nor its partners assume any responsibility for them. Please contact us in case of abuse. In case of abuse,
Report this post.

Israel finds herself, just past her 73rd birthday, at a tragic impasse.

We would not presume to criticize from six thousand miles away.  Surely, if the shoe were on the other foot, we would not appreciate that ourselves. As Hillel famously distilled the entire Torah, “that which you find displeasing, do not do to another.”

And yet, we have a countervailing responsibility to express concern, heartfelt concern, not as “wise” men and women condescending from afar, but as those whose hearts are perpetually occupied with Zion, and her wellbeing, as those who live and breathe the mandate of Rabban Yochanan b. Zakkai,, “tziyon hi, doresh ein lah”, mi’klal di’ba’aya derisha, we are obliged to seek her welfare.  For, it is not only the Lord’s eyes that are perpetually on Zion, but, in light of the overarching obligation of imitatio dei, our eyes, and hearts, as well.

It would once have been deemed unfathomable, utterly risible, that Israel might be headed for a fifth election in just over two years.  And yet, as we stand here today, this is a very real prospect.  The fact that there have already been four elections in that time is itself a frightful prospect that few, if any, might have contemplated.

It requires all of us, not only those who dwell there, a cheshbon ha-nefesh, a soul searching, regarding the welfare of Zion, and of the Jewish people in all parts of the world.  We all- not only the political figures in question, and not only those who live in Israel- must examine our part in creating a culture of zero sum, winner take all, ruthless politics that is predicated on utter denigration of alternative points of view, and worse, demonization of those who espouse them.

Politics, to an extent, contribute to the shaping of social mores.  More often, and in particular, in democracies, politics reflect social mores.  And, if the political quagmire is, in large measure, driven by the extreme polarization of society, it is incumbent upon all of us to reflect upon our contribution to what is not only an unhealthy, but demonstrably unstable, state of affairs.  Given that providing stability is one of the core functions of all governments, this is not a trivial shortcoming at all.

For some, an election, or series of elections, may seem abstract, detached from the lives of the average citizen, but that is far from the truth.   In the absence of a functioning government, lives are disrupted, and people suffer.

Just before the pandemic, I was approached after Ma’ariv one night in our shul by a gentleman soliciting funds.  He had a rare form of cancer and was seeking funding for the treatments that were bankrupting his family.

After discussing his situation with him, I expressed surprise that he could be facing such astronomical out of pocket expenses in Israel, as opposed to the United States, where someone may simply lack insurance coverage.  He told me, with more than a small measure of exasperation, that government approval was, in this instance, necessary for insurance to cover his treatments, but that approval could not be granted as the particular subcommittee responsible for those decisions could not meet in the context of the political gridlock.  A pandemic and some three election cycles later, I have often thought of this man, and the fundamental irresponsibility of allowing political interests to supersede the basic needs of society.

R’ Yochanan, leader of the peace camp, spoke with the leaders of the war camp.  He engaged them in dialogue.  He did not refuse to “sit” with those with whom he disagreed,  even when the stakes could not have been higher.  Ultimately, the extremists burned the stores of Jerusalem, people starved, and the Beit HaMikdash was destroyed.

One could have said that the moderate path of R. Yochanan b. Zakkai was fully vindicated.  He successfully spared the city of Yavneh, and reconstituted the Jewish community around the study of Torah.  He built a culture not only of tolerance but of abiding mutual respect, predicated on the universal code of tzelem elokim, and, within our fraternal order, of ahavat Yisrael.

His students used to say, ‘I am a creature of God, and so is my friend…and, rather than say that I have engaged in a great amount of Torah study, and he has only engaged in a minimal amount, we have learned, one who has done a great deal, and one who has done a little, the important thing is that one’s heart is directed to Heavens, “echad ha’marbeh v’echad ha’mamit u’vilvad she’yechaven libo la’shamayim.”

And yet, R. Yochanan b. Zakkai, to quote another statement of his, never engaged in self congratulation, lo hichzik tovah l’atzmo.  On the contrary, to his dying day, he wept out of concern that those who believed that the policy ought to have been built around averting the destruction of the Beit HaMikdash, might have been correct.  His students were in disbelief that their august rebbe, the great R. Yochanan b. Zakkai, the undisputed Torah authority of his generation, the leader of all Israel, was capable of such self doubt, of such humility.  Of course, it was the ultimate reflection of his greatness.

R. Yochanan came by this honestly.  His illustrious rebbe, Hillel, was of the same orientation.  He trained his students to first intensively review the positions of Beit Shammai before arriving at any conclusions.  For this reason, the Talmud tells us, we rule, in general, in accordance with Beit Hillel.  A position which is taken only after serious and thoughtful consideration of opposing views is a qualitatively stronger position.

This is the need of the hour.  No matter how deep one’s convictions, none of us are wiser than R. Yochanan b. Zakkai.  If he was capable of questioning his own decisions, we all should be, and therefore, in the context of government by coalition, be prepared to sit with those with whom we disagree.

Compromise, in our tradition, is a virtue, not a vice.  Unsurprisingly, it was the same Hillel who so admired the persona of Aharon, his conciliatory approach, and his indefatigable pursuit of compromise.  Even though none other than Moshe took a more ‘purist’ approach than his brother, yikov ha-din et ha-har, Rambam codifies Aharon’s approach as normative, and praises all Batei Din which constantly engage in peshara, principled compromise.

For the vast majority of her existence, the State of Israel’s most acute threats were from without.  While she has yet to know the full measure of peace, it seems to me that Israel’s most existential threats come not from without, but from within. It wasn’t President Lincoln who first realized that a house divided against itself cannot long stand.  The Sages of the Talmud stated, millenia prior to America’s greatest president, that internal challenges constituted far greater dangers than even the most frightful of external threats, kasheh tarbut ra’a b’toch beito shel adam yoter mi’milkhemet Gog U’Magog.  And, of all of these threats, at present, the most pressing is the inability to speak with each other, and thus, to engage in the responsible business of self government.

We harbor no illusions.  To speak of, and pray for, true compromise and reconciliation is one thing, while achieving it is quite another.

And yet, the Sages long ago taught us that those who involve themselves in public service, tzorkhei tzibbur, must do so, not for their own sake, but only, l’shem shamayim, for the sake of Heaven.  Those who do engage this labor, in selfless service of the community, and in this case, the Jewish state, are achieving things of great importance.  As the mishnah goes on to say, v’tzidkatam omedet la’ad, their righteousness is everlasting.

May the spirit of humility spread through the Holy Land, to the point where those with different views can acknowledge that absolute purity and truth belongs uniquely to He whom Rambam referred to as temim de’ot, of perfect intellect.

As mere mortals, no matter how deep our most sincerely held convictions run, the greater part of wisdom and virtue rests in intellectual modesty and compromise.  By this point, surely, the people of Israel, individually and collectively, deserve nothing less.