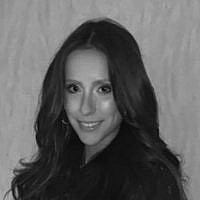 The Blogs
Rebecca Peres
Apply for a Blog
Please note that the posts on The Blogs are contributed by third parties. The opinions, facts and any media content in them are presented solely by the authors, and neither The Times of Israel nor its partners assume any responsibility for them. Please contact us in case of abuse. In case of abuse,
Report this post. 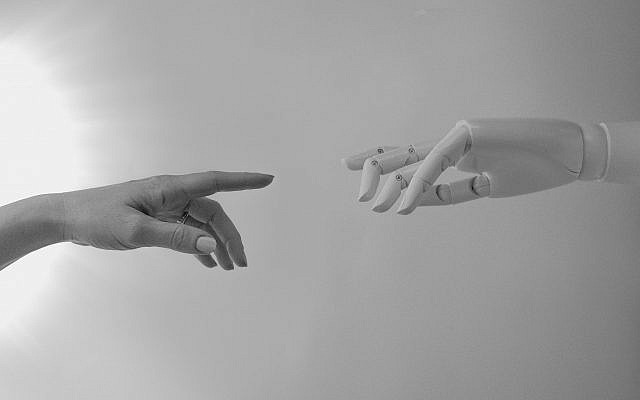 The future is in technology

Popularly known as the startup nation, Israel is a pioneer in technology and artificial intelligence at large.

In plain terms, artificial intelligence is said to be the conventional name for intelligence exhibited by machines, which is capable of understanding, reasoning, and giving insights— just like humans, but in a more advanced way.

Or simply put, artificial intelligence is the replication of human intelligence in machines, such that they are programmed to think more advanced than humans and mimic their actions. It may also refer to any kind of machine that performs tasks associated with the human mind, such as learning and problem-solving.

Israel took charge of the emergence of the internet in the 1990s, and this was due to existing collaboration with the academic sector in order to develop innovative technologies in communications and security.

Due to its technological strength, Israel is popularly known as the “startup nation”.

Being logical, Israel made a move to equalize its lack of natural resources by investing in human resources— which in turn create innovative technologies. This was a national security strategy carried out by the nation’s first prime minister— David Ben-Gurion.

Over the years, Israel has achieved a noteworthy foothold in AI— which is largely due to the upsurge of innovative tech startups, and some foreign companies that have ingrained strategic development centers all around the country.

According to a study conducted between 2014 and 2018, the percentage of companies engaged in the AI field increased by 120%— from 512 companies to 1150, some developing the core technology of AI, while others developing supported technologies— such as autonomous vehicles and cybersecurity.

Without a single doubt, Israel has become a leading nation in the artificial intelligence space. With a flourishing AI terrain, Israel has a host of companies that make use of thriving AI technologies for a lot of their products and services, which include; cybersecurity, marketing, healthcare, among others.

The year 2018 was a major accomplishment for the funding of Israeli companies that engage in AI, raising about $2.25 billion— an attestation to the rapid growth of the AI market.

The Various Domains of AI and its Applications

Because of Israel’s lack of natural resources, the nation has had to rely on the high-tech industry for economic strength. AI has largely contributed to Israel’s economic growth, which is quite seen in the improvement of health systems, transportation, defense mechanisms, commerce, academia, among others.

Here are some of the ways Israel is breaking ground in AI.

The healthcare industry is swiftly making use of advancements in AI to improve research areas, diagnosis, treatment, and patient results. This has upgraded workflow and has further helped doctors and those in the health line to better diagnose and treat their patients— which is seen in EHR usage and some voice recognition equipment.

Some of the forefront applications of AI include; patient engagement, diagnosis and treatment, care processes, and administrative functions.

One of Israel’s leading AI innovations in the health industry is CLEW, which is a platform that uses artificial intelligence to expand ICU’s resources and capabilities. CLEW allows healthcare workers to be able to discern the severity of a disease or health condition, with the aid of a remote command center. For instance, It helps to identify respiratory deterioration in advance, thereby enabling early interventions that might modify the clinical outcome— which is highly useful in treating Covid-19 patients.

Using machine learning and data science, CLEW has developed physiological and predictive models at the individual patient level. Already proven successful in the ICU, the models are now being extended to all care settings, designed to guide healthcare providers in predicting the patient’s clinical state.

With this, Israel is expected to have a surge in intensive care unit (ICU) admissions and has established field-ICU facilities in anticipation, which may be the largest ICU unit in Israel.

CLEW discusses that its machine learning models will enable ICU users to proactively control and manage disease severity and general workload. CLEW can also be used remotely and can be scaled to reduce and cope with a patient’s volume changes, which thereby reduces the caregiver’s risk of exposure to infected patients.

Prof. James Blum, chairman of CLEW’s scientific advisory board emphasizes that: “AI combined with telemedicine is a force multiplier and can be used to provide patient acuity classification and monitoring at a massive scale. This enables ICUs to identify and anticipate patient acuity in advance which is critical to leveraging limited resources.”

Israel is popular for its astounding innovations in military intelligence and cybersecurity. Israel has leading technologies that are used by military intelligence to review massive amounts of data in order to pinpoint targets, and also independent driving systems that help improve and save human resources.

An example is seen in CHEQ— an AI company that has become a leader in ad verification and constantly fighting ad fraud. CHEQ has set its terrain on using AI to block all forms of internet harm— which includes cyberbullying, fake news, amongst others.

Founded in 2014 by Guy Tytunovich, CHEQ provides robust, seamless, and easy-to-use API / S2S connectivity that allows users to integrate CHEQ’s ad-verification solutions directly into their products while pulling a large variety of data points from the CHEQ database. Integrating CHEQ allows users to enjoy the next generation of ad fraud, brand safety, and viewability solutions, built into their various platforms.

In creating CHEQ, Tytunovich put together a team that made military-grade cybersecurity and AI rethink the method used by businesses in fighting the “enemies” of the internet. Using AI to create what CHEQ calls the “Trusted Web”, CHEQ enables businesses to rebuild consumer confidence in almost everything conducted online.

Israel keeps setting a pacesetter in the world of AI, and it doesn’t seem like it’s stopping anytime soon. With huge investments dedicated to building and improving human resources— which in turn have a significant effect on new innovation of various technologies, Israel is constantly soaring and becoming a strong force to be reckoned with in the field of artificial intelligence.