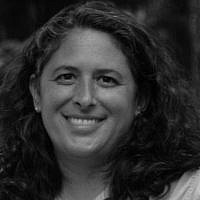 The Blogs
Lisa Richlen
Apply for a Blog
Please note that the posts on The Blogs are contributed by third parties. The opinions, facts and any media content in them are presented solely by the authors, and neither The Times of Israel nor its partners assume any responsibility for them. Please contact us in case of abuse. In case of abuse,
Report this post. 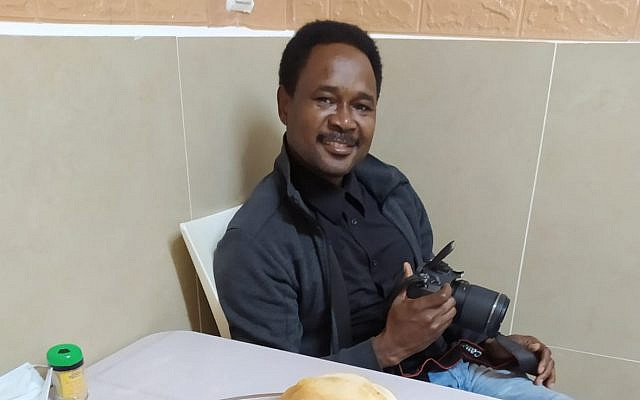 Eating Sudanese Food With Wally Prior to His Return to Sudan

Walyadin, an asylum seeker and survivor of genocide from Darfur, Sudan, returned to Sudan last week. After over eight years in Israel, he had enough. He joins a steady stream of others who are returning to Sudan following many years in Israel.

Walyadin’s experience in Israel was not substantially different from that of other asylum seekers. Following a period of ‘sleeping rough’ in South Tel Aviv, he faced possible detention in Holot and lived through the deportation campaign, the deposit law and, finally, renewed threats of deportation due to the emergence of diplomatic relations between Israel and Sudan. He also experienced assault: his wrist was broken and his cellphone destroyed yet his attacker was never brought to justice. While the government was seemingly unable to assess his request to be recognized as a refugee over the many years he was in Israel, within 30 minutes of expressing an interest in returning to Sudan, they had him booked on a flight for five days later. During a lockdown in the middle of a pandemic.

Deciding to return to Sudan wasn’t sudden for Walyadin, nor was it unexpected. For at least a couple of years, he had been entertaining the idea. Unable to continue his education or to find a partner, he was deeply frustrated in Israel. His dreams of sightseeing within Israel and even traveling abroad came to naught — indeed, he characterized Israel as a ‘big prison.’ Despite being university educated, he was consigned to low-wage, low-status and dangerous jobs including working in a restaurant, in a supermarket and in construction. He felt that his time in Israel was a total waste. While he acknowledged that Sudan was dangerous and being in Israel kept him alive, Israel robbed him of a future.

Despite his subjective experience of being deeply stuck, in Israel Walyadin actively contributed to his community and to asylum seekers in general while also growing and developing personally. He is a known political activist and was always one of the most visible, prolific and enthusiastic participants at political events. He got to know and actively engaged with a number of Israeli and foreign activists for refugee rights and, accordingly, made friends with people from all over the world. His curiosity, sensitivity and ability to relate to and accept all different kinds of people made these relationships important and meaningful and, through them, he was exposed to new ideas and experiences. Walyadin actively tried to change the situation of asylum seekers in Israel; for example, he participated in an acting troupe that educated the general public about their situation. On a personal level, he learned to play guitar, studied French, Hebrew and English, and became an amateur photographer. He even tried to give his time in Israel meaning by becoming engaged to a Sudanese woman in Sudan with whom he spoke every day. Undoubtedly, Walyadin returned to Sudan a different person than he was when he arrived.

Back in Sudan, he will face a new set of challenges. In the center of Sudan, there is significant food insecurity. The current transitional regime is completely broken and extremely weak; its ability to secure Sudan’s peripheral areas is virtually non-existent. While the current leadership of the country includes civilians, some of the architects of the genocide are still in key positions of power. Despite high hopes and some initial moves towards a more democratic and liberal country, Sudanese history demonstrates that temporary civilian regimes have ultimately failed to take hold. The situation in Sudan is deeply unstable and unpredictable.

Perhaps most worrying, Sudan in general and Darfur in particular, are still very dangerous. Two weeks ago 80 people were killed by unknown assailants in a refugee camp in Western Darfur and hundreds more were injured. Attacks like these and others targeting innocent civilians — in villages and refugee camps alike — occur frequently. Within days of that attack, the brother of a known Sudanese activist in Israel was killed in the same area; some believe that he was targeted, in part, due to his brother’s activities. The recent withdrawal of the United Nations-African Union peacekeeping mission in Darfur (UNAMID) forces has further increased feelings of insecurity. Lack of effective central government control over the periphery, a proliferation of light arms and poor rule of law in Sudan virtually guarantee that such acts of violence will continue.

When I met with Walyadin a few days prior to his departure, for the first time in years he looked truly excited and happy. He will finally meet his fiancé in person and they are planning a big wedding celebration for early February. He will also see his mother for the first extended period of time since 2004 and will reunite with his nine siblings — all of whom are still in Sudan. A European friend of his that he met in Israel will join him in Khartoum when he arrives. Walyadin said that he will continue to engage in photography and play guitar. He also wants to promote his national vision of unity through political activism. Finally, he believes that he will find a job as a high school teacher — a profession that will not only use his educational background but will also give his life a sense of meaning. He has a lot to look forward to.

I am happy for Walyadin but I’m deeply sad for us. As a survivor of genocide from Darfur who has been persecuted by his government, he deserved to receive protection and a future in Israel. Despite Israel’s obligations under international law to provide individuals like Walyadin with protection, the Israeli government undoubtedly sees his departure as a ‘success.’ However, in my view, Walyadin’s decision to leave represents a deep moral failure on our part. His presence in Israel enhanced my life and that of countless others. He positively contributed to Israel through his active engagement with those around him and in the workforce. Walyadin’s departure is a loss for all us. While Israel failed him, I know it can and hope it will make a different decision for those that remain in Israel seeking our protection.

The author would like to thank Walyadin Suliman for his feedback.

About the Author
Lisa Richlen has worked for human rights and social change organizations in Israel since 2004 and is currently completing a PhD at Ben Gurion University of the Negev on Darfurian community organizing in Israel. A Seattle-area native, she has lived in Israel since 2000.
Related Topics
Related Posts
Comments