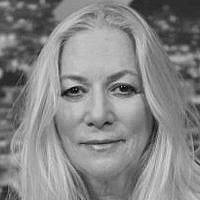 The Blogs
Anya Eldan
Apply for a Blog
Advertisement
Please note that the posts on The Blogs are contributed by third parties. The opinions, facts and any media content in them are presented solely by the authors, and neither The Times of Israel nor its partners assume any responsibility for them. Please contact us in case of abuse. In case of abuse,
Report this post. 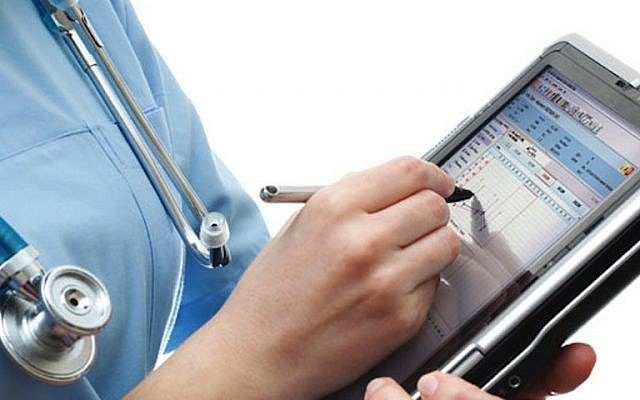 According to one study, global spending on healthcare is anticipated to rise over 6% between 2017 to 2018. Digitizing healthcare to make it more efficient and less expensive will be key to keeping healthcare spending down and supporting aging populations worldwide. As healthcare systems across the globe transition to digital, Israel is poised to help lead this timely revolution.

Digital healthcare is one of Israel’s fastest growing sectors, bolstered by the Israeli Government’s desire to foster the development of this crucial, dynamic, lucrative industry. Israel was also one of the first countries in the world to integrate electronic medical records into its national healthcare system and to introduce connectivity between its various nationwide healthcare providers, in an effort to improve treatment for Israelis while at the same time lowering costs.

With almost 400 companies in the Digital Healthcare sector, in fields such as analytics, big data, personalized medicine and medical administration, Israel is a world leader in the development of products and services that provide superior healthcare to patients, making healthcare more effective, efficient and less costly.  According to the Israeli Ministry of Economy and Industry, 54% of Israeli companies in the sector develop products aimed directly at the patient. As consumer products become easier to access and use – and as development of such products becomes faster and less costly – better quality healthcare can be provided for less money.

Public-private partnerships have played a crucial role in developing this vital, vibrant sector. As such, the Israel Innovation Authority (formerly Office of the Chief Scientist) has played a significant role in the ongoing development of the digital healthcare industry. From 2005 to 2014, the Israel Innovation Authority invested 25% of its budget, or more than $69 million dollars, into the life sciences industry. The government also offers significant benefits to companies from overseas which choose to invest in Israel in the form of lowered corporate tax rates – at 8%, some of the lowest in the world.  In addition, companies that choose to build facilities in certain areas of the country can receive an investment grant from the Israeli government of up to 30% of total eligible R&D expenditures and workforce costs.

Talent is another key factor that keeps Israel on the leading-edge of the life sciences industry.  Israel enjoys a wealth of talent in a wide variety of fields crucial to the digital healthcare industry, including software and hardware engineering, big data, computer vision, medicine, artificial intelligence, and more. Israel leads the world with the highest concentration of PhDs per capita, and, according to the OECD, has the highest percentage of researchers relative to the overall population. This concentration of talent is enhanced by the strong relationship between academic institutions and the private sector, which often results in the commercialization of unique research and deep science. With 49% of the population holding an academic degree – one-third in engineering and other tech fields – the theoretical technology of tomorrow being discussed in the Israeli classrooms of today often become a reality which helps change lives.

But talent on its own often isn’t enough. One of the vital components at the heart of Israel as the Start-Up or Innovation Nation is its entrepreneurial spirit. Israeli chutzpah – a never-take-no for an answer attitude combined with the dogged persistence to start over if a venture fails and succeed elsewhere – is a hallmark of Israel’s innovation culture. In fact, at the Authority, if at least some of start-ups we support are not failing, we believe we are probably investing in the wrong companies. In short, it is our aim to share the high risk right alongside our entrepreneurs. This holds true for all sectors of the economy, including digital healthcare.

As part of the Israel Innovation Authority’s ongoing support for the development of the Israeli life sciences industry, we are sponsoring a 22-company delegation to the 2017 BIO International Convention being held this year in San Diego, California from June 19th to 22nd. The convention attracts over 16,000 biotechnology and pharmacology industry leaders. The Israeli delegation will include such companies as: Novotalk, developers of technology that provides therapy for stutterers from the comfort of their own home; Neurosteer, which developed a neurofeedback system that uses harmonic analysis and big data analytics to help epilepsy patients; and Body Vision Medical, which created an intrabody navigation platform that utilizes augmented real-time imaging to advance minimally invasive diagnostics and treatment.

Digital technology is the future of healthcare and Israel is helping lead the way. In 2016 alone, the Israeli life sciences industry drew investments of over $820 million from Israeli and foreign venture capital firms. With 56% of Israeli digital healthcare companies still in the seed investment or R&D stages, the true potential is just beginning to materialize. We invite you to come visit us at the 2017 BIO International Convention to check out some of the top medical innovations Israel has to offer.

About the Author
Anya Eldan, VP of the Israel Innovation Authority and Head of Startup Division, is responsible for the growth and establishment of some of the best Israeli hi-tech companies; her task is to provide companies with a variety of unique tools designed to support the initial development phases of their technological project. Anya has 25 years experience in the hi-tech industry, as well as in venture capital funds and technological entrepreneurship.
Related Topics
Related Posts
Comments