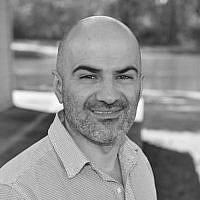 The Blogs
Butan Amedi
Apply for a Blog
Advertisement
Please note that the posts on The Blogs are contributed by third parties. The opinions, facts and any media content in them are presented solely by the authors, and neither The Times of Israel nor its partners assume any responsibility for them. Please contact us in case of abuse. In case of abuse,
Report this post. 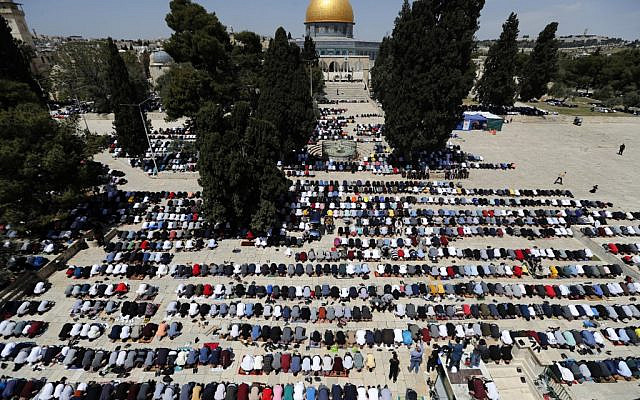 On a chilly morning of March 2022, I was dining at Machane Yehuda Market in Jerusalem with Dr. Mordechai Kedar of Bar Ilan University. During the conversation, I gazed to the left and noticed a young Muslim man through the window kneeling to the floor. The scene overwhelmed me because as a visitor to Israel from a Muslim background, I am not accustomed to the idea of non-Muslims praying publicly in Muslim countries. “He’s praying. There is nothing wrong with that,” said Dr. Kedar. Of course, I agreed, but I immediately recalled the 280 pages report by Amnesty International in February 2022, wrongfully accusing Israel of apartheid.

During the visit, I engaged Jewish and non-Jewish citizens, met non-Jewish immigrants, and traveled across the country, I can conclude that Israel fails to meet all the apartheid examples that Amnesty has listed in the report. The country is not perfect, and many Israelis will state so, and it can even be noticed by following the Israeli media, drama, or even engaging the “privileged” Jewish Israeli citizens. Unfortunately, the rhetoric of the report resembles the Arab media coverage of the Israel-Palestine conflict: Jews are oppressing Muslims, and regardless of history, international agreements, or daily events, Palestine is right, and Israel is wrong.

Amnesty makes a misleading case against Israel in its report about the May 2021 events in the Shaykh al-Jarah, including Hamas’s indiscriminate terror campaign. A simple review of the case would reveal to observers that the judicial verdict, which ordered Palestinians to evict houses to the original owners, is rooted in a long history, dating back to 1876 when the Jews bought the property in the neighborhood, as indicated by the Ottoman archives. The judicial cases were registered by the Jewish homeowners in the early 1970s because of the changes resulting from 1948, 1956, and 1967. The cases involved only the disputed properties and not the entire neighborhood. Amnesty, perhaps intentionally, jumped over facts and lumped the events as a reprisal of Palestinians to “Israel’s sustained campaign to expand illegal settlements,” while there are still many Palestinians living in the neighborhood side by side with the Jews.

While the Nation-State Law of Israel recognizes the country as a homeland of the Jews, Amnesty’s claims about Israel’s relegating services to only Jews are false. Israeli Arabs have countless opportunities to be successful as Arabs in Israel. There are many examples to prove Amnesty wrong but let me summarize a few: Arab men can volunteer in the army, and Arab females can do civil service. The working staff in most of the pharmacies across Israel are Arabs. The Arab town of Kafr Qara, which is located to the southeast of Haifa, holds the highest rates of doctors and graduate degrees in the entire country. I personally witnessed a Muslim doctor in Jerusalem who was providing medical services to Jews and witnessed many products in Israeli grocery stores that are made by Muslim Arabs, including meat and poultry that offer kosher slaughter to Jews.

On linguistic and religious grounds, Hebrew and Arabic are the official languages of Israel and non-Jews freely practice their religion. The use of the Arabic language in public facilitation, traffic signs, government services, transit systems, and even private shops cannot go unnoticed by any visitor to Israel. Hebrew is not forced on Israeli Arabs and Palestinians. Perhaps Amnesty should survey Syria, Egypt, Iran, Turkey, and North African countries that host minorities to see if they are free to study by their mother tongue. In addition, there are mosques and churches all over the Jewish state, and non-Muslims are not restricted from practicing their religion. In fact, Israeli universities and even the Knesset house prayer rooms for Muslims. In some Muslim countries, it is still forbidden to build a non-Muslim worship site.

Since 1993 Israel has accepted full Palestinian Autonomy in the West Bank and Gaza. It includes the right to establish legal, security, administrative, educational institutions and even to issue passports to Palestinians. In 1999, Prime Minister Ehud Barak transferred the rights of the natural-gas offshore Gaza to the Palestinian Authority, hoping that PA would use the revenues for the wellbeing of the Palestinians. To this day, Israel receives critical Palestinian patients from Gaza and West Bank, and successful Palestinian students from PA region can continue their studies in Israeli universities. An eyewitness from Gaza who has traveled widely in the region confirmed that Gaza is more advanced than many metropolitan areas in Arab countries. In spite of the autonomy agreement, the PA officials fail to sincerely recognize the right of Israel to exist, which can be easily noticed in their press interviews.

Despite the many challenges, Israel remains as the most democratic country in the Middle East. It is the only country where the believers of the three Abrahamic religions coexist. Amnesty’s report has not only damaged its credibility but has also opened the door for questions on its intentions. The late Golda Meier was quoted: “Peace will come when the Arabs love their children more than they hate us.” Likewise, Amnesty will become a credible organization when it seeks independent reporting more than hating a party.

About the Author
Butan is a freelance writer and is involved with the American Israeli Council (IAC) as a member of the activism committee.
Related Topics
Related Posts
Comments