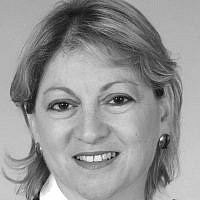 The Blogs
Sinaia Netanyahu
Apply for a Blog
Please note that the posts on The Blogs are contributed by third parties. The opinions, facts and any media content in them are presented solely by the authors, and neither The Times of Israel nor its partners assume any responsibility for them. Please contact us in case of abuse. In case of abuse,
Report this post. 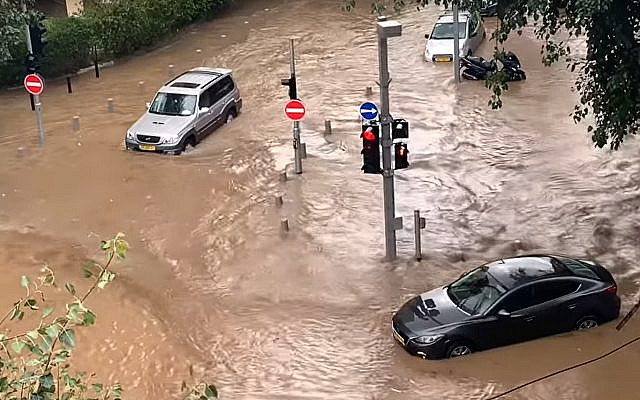 Recent flooding and inundation events along Israel’s densely populated and highly urbanized coastal area have once again demonstrated the country’s vulnerability. When it comes to extreme weather events, no one is immune. Seven lives have been lost in recent weeks. Private property and public infrastructure have been destroyed or damaged. The pain and suffering was acute, and many Israelis felt overwhelmed or were gripped by anger and frustration. The despair was soon followed by voices expressing a loss of trust in local and national leaders and institutions. Several public figures — not enough — are conducting internal investigations into what might have gone wrong, but there has been no official call for an urgent government meeting or a national inquiry.

In a land that already suffers frequent bouts of water scarcity and drought, where the national mood is often determined by the rise or fall of the Kinneret (Sea of Galilee), we are now exposed to massive flooding levels of winter rain and unprecedented flame in summer fires.

According to the Israeli Meteorological Service (IMS), climate change impact over recent decades takes the form of increased temperature and a tendency to fewer rainy days and lower precipitation. The Intergovernmental Panel for Climate Change (IPCC) stated that “surface temperature is projected to rise over the 21st century under all assessed (greenhouse gas emission, S.N.) scenarios. It is very likely that heat waves will occur more often and last longer, and that extreme precipitation events will become more intense and frequent in many regions. The ocean will continue to warm and acidify, and global mean sea level to rise.“

This description applies to Israel as well and is likely to apply to our nearest neighbors.

Two distinct flood-related events bear closer scrutiny and monitoring: The first is the extraordinary quantity of rain that dumped down within less than two hours, as happened in Tel Aviv; The second was the unusually high accumulation of rain over the weeks prior to the event, as occurred in the North. Both occurrences led to flooding, and both should be statistically checked. If they are found to represent trends, this data could be vital for preparedness planning and resource allocation. In any case, it’s already clear that Israel must get ready for the consequences of climate change and adapt to the new troubling reality.

This call for readiness was unequivocally and extensively expressed and discussed in an inter-ministerial report that I led and co-authored, “Israel’s Preparations for Adaptation to Climate Change: Recommendations for a National Strategy and Action Plan (2017).” The report was adopted as part of a Government Resolution in the summer of 2018. However, the means for implementing this government resolution, including for municipal risk assessment, were not provided.

The Government has recognized that Israel is impacted by various consequences of climate change including extreme weather events. Some 16 ministries and additional affiliated agencies were required to follow through on recommendations outlined in 31 detailed action plans in the report and submit a progress report within a year. A year and a half has passed, with no follow up report as of now.

The impact of climate change and its associated extreme weather events have been well known to governments around the world for decades. Various reports were published in Israel as well. It is also well known that adaptation and resilience building are required. But progress continues to be slow and political backing is lacking. The results conjure a Trump style denial of climate change. But it’s worse than that: we recognize climate change and still ignore its impact and deny necessary investment resources.

What does it take to be prepared for climate change?

Climate change adaptation and preparation require building personal, community, municipal, national and even regional resilience. Prior to interpreting what resilience means, it is essential to assess what the risks are and estimate their magnitude, frequency and the population affected by them. This should be done for all sectors of our economy as well. It then requires mandating that any further planning and investment will take into account the impact of climate change.

Many solutions such as appropriately managing water runoffs can result not only in preventing flooding, loss of life and property, but also in substantial co-benefits such as enhancing parks and nearby real estate, eliminating pollution of coastal waters, saving water resources, strengthening river banks, rescuing habitats, preventing soil erosion and more. While better physical infrastructure is much needed, we must keep in mind that resources are limited and we cannot plan for all types of events.

Therefore, it is also crucial to ensure that any meteorological and hydrological information that predicts a threat be communicated in advance, with respect to implications, so the public and emergency and life-saving agencies can respond effectively and on time. Suitable technologies are available,, from personally targeted messages to early warning systems.

One thing is clear: we cannot keep working with old tools and paradigms, moving blindly and carelessly against the course of nature. Climate change data and science have shown that nature has the last word.

About the Author
Dr. Sinaia Netanyahu is an independent consultant. She has served as Chief Scientist of the Ministry of Environmental Protection between June 2011 and March 2018. Previously she served as director of sustainable financing at the TAHAL business development division – a post she held for six and a half years. Prior to that, she served for six and a half years as a faculty member at Ben Gurion University. Throughout her 28 years of academic activity as a natural resources, agriculture and environmental economist and both in the private and public sectors, Sinaia has written reports and position and policy papers, has managed national and international projects and has advised government bodies and international organizations.
Related Topics
Related Posts
Comments