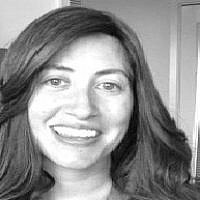 The Blogs
Jennifer Friedman
Apply for a Blog
Advertisement
Please note that the posts on The Blogs are contributed by third parties. The opinions, facts and any media content in them are presented solely by the authors, and neither The Times of Israel nor its partners assume any responsibility for them. Please contact us in case of abuse. In case of abuse,
Report this post.

Growing up in a small town on the east coast of America, I had no idea what or where Israel was. In fact in the Hebrew school (that I was forced to go to), where we learned to read Hebrew but not speak it or know what it meant, I must have glimpsed Israel on a map but never gave it a second thought. And so began my childhood where the high points of the week were a frequent snowstorm or blizzard where my sister and I would huddle near the radio and cheer when they announced that our school was on the list to be canceled for the day.

News was never anything special growing up. Vaguely interested in the casual shooting here or there, I was pretty shocked at the space ship that was destroyed or the twin towers exploding when I got older. Other than that, I remained ignorant of the news and did things like other kids did. When I got to be a teenager, I was more interested in getting high and boys than anything else; even school wasn’t too satisfying to me. I barely knew who the president was!

Years later, here I am. Somehow, after coming to Los Angeles and living here for many years I have been bombarded with Israel events and people…having been to Israel after a life-changing Birthright trip. Now I find myself working for an Israeli company as an assistant editor, living in a Jewish ghetto-like community and I am astounded by all the news that I had not known my whole life.

Suicide bombings, beheadings, nuclear terror, Hamas, Fatah…these are all keywords that I type all the time now. A snowstorm or a school shooting seems like a calm force compared to these. When I think now about all the teenagers who don’t hear about these things because of the media in America, or because they are ignorant, these things feel all the more urgent to inform people of. What are we doing here in America? Los Angeles is the hub of the entertainment industry where the latest news is a video of gyrating Miley Cyrus.

Although we do have great papers and talk radio here in California, so at least some people are getting the truth, the majority of America I really believe, are living a life of false content (spiritually and mentally). What do we do? Just as Israel has always done but more so. We need to be strong and teach morality and keep telling the truth. We need to teach people to get angry at the right things and fight for what they believe just like the great leaders of Israel have always done.

Even though news isn’t always pleasant, it is important I have eventually learned. Of course I don’t want to be saturated with it and forget living my own life, but I no longer want to stay ignorant. What do we say about the Holocaust? That we should always remember. And the saying that “those that don’t learn from their mistakes are apt to repeat them” is really true. The Holy Land is a place where people can unite and live in peace but if we ever want this to become a reality we need to learn the truth, push it, and fight for what is right. The one thing I do know is that the Israel that was once lost to me can never be lost again because it is now safe inside my heart. 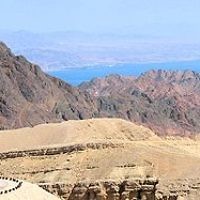 About the Author
Jennifer is from the East Coast of America and now resides in Los Angeles. She is a mother, freelance writer, editor, craniosacral therapist and lover of Israel, Judaism, and nature.
Related Topics
Related Posts
Comments