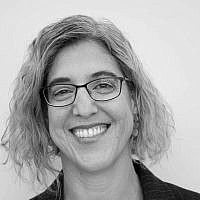 The Blogs
Orly Erez Likhovski
Apply for a Blog
Advertisement
Please note that the posts on The Blogs are contributed by third parties. The opinions, facts and any media content in them are presented solely by the authors, and neither The Times of Israel nor its partners assume any responsibility for them. Please contact us in case of abuse. In case of abuse,
Report this post. 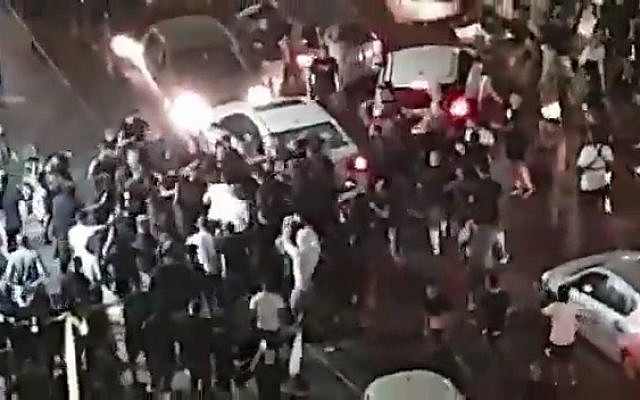 On May 12, 2021, at around 9:30 p.m., Sai’d Musa, a 34-year-old Arab Israeli living in Ramla in central Israel, drove his car near the promenade of Bat Yam, near Tel Aviv. As the traffic was very heavy, he stopped, and then suddenly was surrounded by dozens of people. One of them asked Sai’d if he was an Arab and when Sai’d responded in the affirmative, the crowd pulled him from his car and the group of people around him began punching, kicking and beating him with a bat, a scooter, and — most disturbingly — an Israeli flag. Then they tased him. Even after Sai’d was knocked unconscious, the crowd continued to beat him. It should be noted that a few people did try to protect him until the police arrived at the scene.

Sai’d was severely wounded and taken to the hospital, where it was determined that he had multiple fractures and wounds in his nose, eyes, and teeth, as well as bruises and hemorrhaging. He underwent several operations. Still, even after Sai’d healed physically, he had not recovered. He became depressed, stopped functioning, and, six months ago, tried to commit suicide.

This horrible violent attack did not come out of the blue. It was preceded by numerous messages on social media calling for people to come to the Bat Yam promenade — with the express purpose of harming Arabs. Those messages were sent by people who were known to be long time inciters, but who had never been apprehended by the police.

We all know that hateful words can kill. That’s why hate speech is not protected free speech in Israel. Under Israeli law, incitement to racism is a criminal offence, punishable by up to five years in prison. This offence was added to the penal code after Rabbi Meir Kahane was elected to the Knesset in 1984. The idea is to contest hate speech before it becomes physical violence.

Incitement to racism is a widespread phenomenon in Israel, voiced both by Jews and Arabs, and often by religious leaders. While religion can be a force encouraging cooperation and peace, it is often used for purposes of exclusion and inciting hatred against the other. We at the Israel Religious Action Center (IRAC), the legal and public advocacy arm of the Reform Movement in Israel, have been fighting racism and incitement to racism for over two decades. We challenge those who use Judaism to incite to racism against the Arab citizens of Israel. We believe that everyone was created in the image of God, and we all deserve, therefore, to be treated equally and respectfully.

We have been monitoring horrendous hate speech, such as when rabbis ask people not to rent their apartments to Arabs and not to employ Arabs, and when they refer to all Arabs as criminals and terrorists. Similarly, we register complaints when political and religious leaders call for complete segregation between Jews and Arabs. We have referred dozens of complaints to the attorney general, asking for that office to investigate and indict the inciters, but to no avail

This month IRAC published an extensive report on the matter. The report shows the offences of incitement to racism and to violence are enforced almost exclusively against Arab inciters (77% of all indictments submitted during the period of 2014 – 2021), and are hardly enforced against Jewish inciters (23%).

Another disturbing finding is that Arabs are much more likely to be convicted than Jews (97% conviction rate vs. 68%) and, again, much more likely to be sent to prison – as compared to community service (1% of Arabs were sent to community service vs. 54% of Jews). Out of the seven religious leaders who have been indicted, five are Arabs, and only two are Jews – moreover, they were indicted only after IRAC filed petitions to the High Court of Justice requiring the attorney general to press charges against the leaders. The report also shows that Arabs are indicted in record time – as soon as two months after a racist expression was published (in 73% of the cases), while it takes over a year to indict Jewish inciters (in 63% of the cases) and sometimes as long as six years. This inequity is not the only problem here, for the whole point of targeting hate speech before words turn into violence is undermined by this lengthy process of indictment.

We submit that the attorney general should rethink the law enforcement current policies, based on the data from our report. Indeed, we believe that the report’s findings should spur a complete overhaul of the present approach, to the extent that incitement should be adjudicated equitably, and efficiently. The goal, in this critical struggle against racism, is for the country to take sufficient measures to prevent hate speech and hate crimes, to ensure that racial violence, such as the horrible attack that Sai’d suffered, never happens again.

About the Author
Orly Erez Likhovski is the director of the Israel Religious Action Center, the legal and public advocacy arm of the Israeli Reform movement.
Related Topics
Related Posts