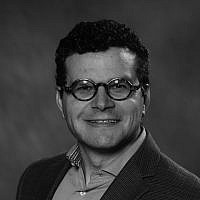 The Blogs
Moshe Heching
Apply for a Blog
Advertisement
Please note that the posts on The Blogs are contributed by third parties. The opinions, facts and any media content in them are presented solely by the authors, and neither The Times of Israel nor its partners assume any responsibility for them. Please contact us in case of abuse. In case of abuse,
Report this post.

“No taxation without representation.”

Under this slogan, the American colonists protested the distant British monarchy, their principal complaint that taxes cannot be levied upon individuals who do not participate in the selection of those who levee the taxes. Ostensibly, this ushered in the era of direct representation of the citizenry by their elected representatives, which we commonly equate today with democracy.

In truth, democracy preceded the American Revolution and has evolved over time, from constitutional monarchy to parliamentary democracy to representative democracy, the current prevalent form whereby citizens directly elect the individuals who serve as members of the government.

However, not all democracies are created equally. Certainly the use of the term democracy by such countries as China, Russia, and North Korea is a distortion of the concept.  But even among Western countries, the democratic nature of the government – that is, the extent citizens can directly choose their government representatives – varies.  If we judge a democracy by this standard, Israel falls short.

When Israel was established and immediately plunged into a war with it neighbors, due to practical exigencies, it adopted much of the existing political, legislative and judicial infrastructure which found their origins in the Ottoman Empire and the British Mandate. Hence, Israel has a Knesset, which is modeled after the British parliamentary system, and much of the early legislation and legal precedents for court decisions can be traced to the hodge-podge of Ottoman and British laws which preceded the creation of the State of Israel.  Yet, while the legislative and legal systems have been subsequently overhauled and modernized, the form of elective process by which Israelis choose their elected representatives remains mired in the byzantine past.

Israel’s form of elected democracy for the Knesset is known as a closed list parliamentary system. In a closed list system, voters can only vote for a political party.  As such, citizens eligible to vote in Israel cannot directly select an individual to represent them in the government, nor can they directly select the individuals who will be placed on the slate of a political party for the election. While Western countries may have once had closed list systems, they have since evolved to systems that allow for direct election by voters of individuals who represent them in the government itself, or at least in the political party for whom they support (an open list system). Israel today can count itself among dwindling number of countries which retain closed list systems, which list includes such democratic paragons as Turkey, South Africa and Tunisia.

“All politics is local.”

Attributed to Tip O-Neil, politicians recognize that they must campaign at the local level, as constituents in their districts will hold them accountable for their actions and expect quid pro quo for electing the politician in the form of advancing the social, political and economic concerns of the constituency, on local and national levels.

In a closed list system there is no accountability and no true representation. A member of the Knesset does not feel accountable to any voters, because he or she was selected by a cadre of party officials and apparatchiks and their primary allegiance is to their party. This was highlighted in the recent criticism leveled at Rinawie Zoabi of Meretz by Nitzan Horowitz, who leads the Meretz party, stating that her only allegiance is to the party, and all other considerations, ethical or otherwise, are a violation of that sacrosanct commitment.

Frustration with the fractured party system and the recurrent elections has been mistakenly blamed on an equally fractured electorate, who continues to elect a slate of parties that cannot sit amicably together to form a lasting government. The upcoming fifth election in three years should be ample evidence that this reasoning is flawed. It is not the electorate that is to blame, rather the election process itself.

At the core of democracy lies the principle that each citizen should have a voice in government. Closed list party systems belie this principle. Voters cannot have a voice if they do not have an individual who represents them in government, who is accountable to them (at a minimum for reelection) and to whom they can lobby to advance their objectives and direct their grievances for redress. This requires direct elections for representatives in the Knesset organized by geographical regions or districts. In this way, a resident of Hadera or Umm al Fahm can elect an individual Knesset member who will be their direct representative in the government, providing the voter with both empowerment and a local representative at the national level.

Equally important, direct elections for individual members of Knesset will liberate the Knesset members to act their conscience in the service of their constituency without fear of reprisal, as the recent shenanigans of Yamina all too starkly revealed. Instead of dogmatic party leaders forcing their flock to fall in line, the Knesset would have 120 “free agent” members who are not constrained by threats and party doctrine, and who can work together to achieve the needs of both their constituency and the country as a whole. While prospective Knesset candidates would likely loosely identify with the platform of an existing political party (as is common in local city elections), released from the shackles of party doctrine, Knesset members can prioritize the agenda of their electoral base and more closely align their policies and positions with the voters who placed them in office.  Measured across the political spectrum, many current Knesset members are more moderate and more interested in collaborative legislation than their party leaders.  Direct elections will remove the barriers for collective action, and allow the country to form a centrist focused government that brings together like minded legislators who can rise about party politics to find common ground for compromise and coalition building.

There is precedent for changing the Israel election system. In 1992, the Knesset amended the election laws to allow for direct election of the prime minister. The motivation for the amendment was similar to the current political morass, to avoid the recurrent short lived coalition governments beholden to smaller parties. While unsuccessful and ultimately repealed, the blueprint for direct election exists.

Understandably, the existing political parties will oppose such legislation, as it will undermine their grip on power and influence. Therefore, it is necessary to form a new party with only one platform and one objective – the reformation of the Knesset election process to enable direct election of Knesset members. This new party can draw from across the political spectrum – religious/secular, conservative/liberal, Jewish/Muslim – as it will be agnostic on all political issues, other than election reform. In essence, the new party seeks to empower all citizens by promoting a view of democracy that should resonate with every voter, irrespective of their particular political views and beliefs.

The upcoming fifth election presents the opportunity to recast the political landscape and jettison the squabbling of political parties in favor of the empowerment of Israeli citizens to directly elect Knesset members with accountability and independence. It is accurate that the system is broken, and the solution is two more elections, the fifth for election reform and the sixth to usher in a new era of direct representation.

About the Author
Moshe is a former attorney residing in Israel.
Related Topics
Related Posts