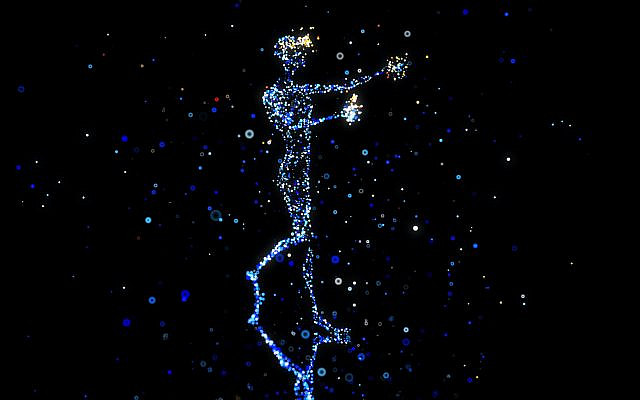 The metaverse promises to become the next digital frontier for businesses and individuals alike on a global scale. As tech firms clamber to embrace what many leaders deem will be the next generation of the internet, Israel’s startup pedigree and eye for innovation has positioned the nation as a prospective Web3 powerhouse.

Although the technology is still in its infancy, and we may be many years away from seeing the metaverse as visioned by Meta CEO Mark Zuckerberg, who believes that humans will one day live in the metaverse, claiming that this new virtual landscape will only truly arrive when “immersive digital worlds become the primary way we live our lives and spend our time.”

Such a forecast plays into the hands of Israel’s thriving startup ecosystem, and Reimagine Ventures has already found that there are currently 50 Israeli firms working on developing technology specifically with the metaverse in mind.

Although the metaverse will continue to evolve over the coming years, we can already see that Israel’s range of startups focused on building into this sprawling ecosystem covers a wide range of concentrations – providing comprehensive levels of exposure to the technology.

From factors surrounding decentralization, to spatial computing, building a creator economy, generating immersive experiences within the metaverse, and leveraging content discovery, it’s clear that the startup nation has set its sights firmly set on becoming a hub for the next generation of the internet.

One example of Israel’s thriving metaverse landscape can be found in ByondXR, which has established virtual shopping journeys for over 40 brands, including the likes of Armani, Lancôme, and L’Oréal.

“We want to fuse the physical reality with the digital properties that we can bring, we call it ‘phygital’,” said ByondXR CEO Noam Levavi, who intends to “create a new type of user journey to establish the best emotional connection. This eventually leads to exceptional engagement that increases sales, conversion, and basket size.”

ByondXR’s intentions for the metaverse are shared by a number of Israeli firms, and having been backed by a significant windfall to build into this new frontier, we may soon see significant headway made by the startup nation as a means of accommodating more metaverse innovation.

Israel has set aside a three million shekels investment into the development of metaverse apps and games, according to a recent Ynet report.

The move signifies Israel’s ambitions to continue to find opportunities for innovation within emerging technologies. “From the moment I entered the Foreign Ministry I realized that our attitude must be changed,” said Idan Roll, Deputy Foreign Minister, who reportedly announced the investment.

In sanctioning the investment to ramp up metaverse funding, it appears clear that the Israeli government is interested in encouraging domestic startups to explore creating more immersive gaming experiences and opportunities to interact and learn on a more immersive level.

We’re already seeing this more hands-on approach to the metaverse generate greater levels of interest in Israeli technology, and Thrive Study Abroad is one of many firms that have actively invited young innovators to ‘explore the metaverse in Israel’.

Although the metaverse is continuing to grow at a steady pace, these inroads created by Israeli investment in the fledgling technology is likely to forge new opportunities for companies operating in the tech hubs of Tel Aviv and beyond.

This thriving tech landscape will be capable of using its new found funding to build better networks and relationships within the industry that can open new doors. Through greater initiatives it’s likely that more Israeli firms can follow the lead of other companies like Born Studios, which recently became the first studio outside of the US and Canada to gain access to Meta’s Horizon Worlds metaverse.

It’s through the fostering of such exclusive relationships that can empower more Israeli firms to innovate in more ambitious ways.

Building Unforgettable Experiences Within the Metaverse

Israel’s gaming-focused strategy for the metaverse is already producing tangible results. “Gaming is an entry point to the Metaverse, and we have very strong gaming talent in Israel and a growing group of B2C entrepreneurs who are at the cutting edge of consumer trends like NFTs, DeFi, etc.,” said Eze Vidra, managing partner at Remagine Ventures. “A lot of them are waking up to the big opportunities in this market and we expect to see the number of companies in this space grow rapidly.”

While platforms like ByondXR are already actively recreating a brick and mortar store experience for the world’s leading brands and transforming them into fully-interactive digital experiences, we’re also seeing this new landscape being embraced on a more governmental level.

Recently, Israel’s Embassy in Seoul launched its own metaverse space, which invites users from all over the world to embrace both Israeli and Korean culture, from studying Hebrew and learning Israeli folk dances, to learning about taekwondo and brushing up on Kpop.

The space is accessible through the smartphone app, ‘Israel-Korea Metaverse’, and takes the form of a two-storey pavilion with a large photo exhibition focusing on Israel-Korea relations and a meeting space for conferences and socializing.

“I am thinking of a Metaverse with Hebrew and Korean language clubs, Israeli Film Festival, virtual meetings of the alpine climate student clubs of Israel and Korea, a hangout for lovers of K-pop or the Hebrew bible, a place for a debate on archaeology and the future of autonomous vehicles,” said Akiva Tor, ambassador of Israel to Korea, at the space’s launch event.

Although the metaverse may be some years away from reaching its full potential, it’s clearly a $1 trillion opportunity that Israel is gearing up to embrace. As early movers in the accommodation of metaverse technology, we may see the tech hubs of Tel-Aviv evolve to accommodate this new landscape.