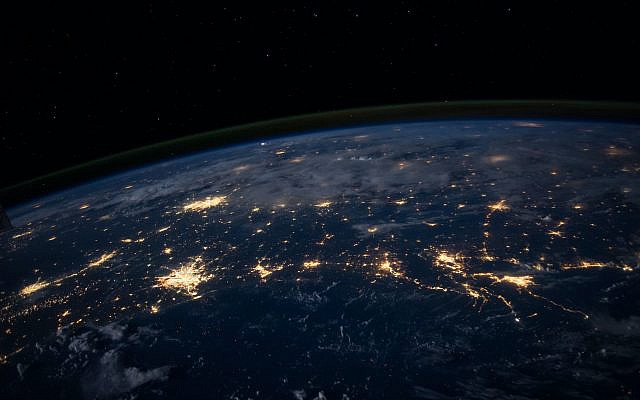 Amidst a global downturn within technology markets, it’s fair to say that Israel is continuing to innovate at a rapid pace despite well-documented problems across the country’s tech industry in 2022. With political uncertainty and a difficult future to anticipate for startups, the fact that the nation’s brightest endeavors are continuing to grow is a key sign for a bright future.

Naturally, many players in Israel’s tech industry may be forgiven for wishing for a return to the prosperity of 2022. Global rises in inflation and Russia’s war in Ukraine has sparked downturns that have caused harsh market corrections for some of the world’s leading tech stocks.

Add to this the fact that Israel is now set for its fifth election in three years, and it’s clear that there’s plenty of instability and uncertainty ahead for the nation’s tech hubs.

Despite this, Israel’s tech industry is still a global force, and there’s still widespread evidence of the startup nation continuing its scale up process as new technologies and fundraising rounds continue to build optimism during a challenging year.

As the data shows, Israel is following up on a year of wild prosperity across the country’s growing startups. With $25 billion in funding raised throughout 2021, this year was always set to be a challenging one to build on.

Whilst there’s very little prospect of Israel emulating the success of 2021, we’re seeing evidence of more growth being secured by the country’s tech startups – with significant sums of money being generated in some cases.

Although some venture capitalists have ceased participating in investment rounds, we’re seeing many active VCs continuing to invest in promising endeavors – such as the $20 billion fund from Insight Partners.

So far in 2022, Kissterra has raised $76 million, Masterschool obtained $100 million, and Pyramid Analytics acquired $120 million in funding in recent weeks – showing that Israel’s tech sector is still very much alive and kicking, despite recent downturns.

This isn’t to downplay the severity of the issues facing Israel’s tech startups that have struggled in the wake of a choppy market outlook, but it’s certainly worth acknowledging that the startup nation has built a strong repertoire of companies that are well-positioned to emerge from this difficult period whilst continuing to thrive.

Whilst the country benefits from an excellent array of cybersecurity firms, other companies operating in emerging sectors like cloud computing, artificial intelligence, and even the metaverse are also set to continue developing over the coming months and years.

Evidence of Israeli confidence despite tech downturns can be visible amidst the strategic growth opportunities taken by the country’s growing firms across many sectors ripe for digital transformation.

One example of this can be seen in CloudZone, which is a cloud computing firm that recently announced the opening of a new branch in Portugal. Specifically geared towards scaling up client digital transformation efforts, CloudZone General Manager Adi Heinisch said: “Through the new branch, we will act as a springboard for technology companies and large organizations, helping them accelerate their digital transformation.”

Domingo Mirón, Chief Risk Officer at global consulting and technology giant, Accenture, recently spoke of his admiration for Israel’s rallying push towards digital transformation, and how the country emerged as a global leader for technology in the wake of the pandemic.

“I see huge opportunities in Israel. Basically, because I see many large companies, and even the public sector here in Israel, really embracing the digital transformation,” Mirón explained. “I observed that in Israel, more than other countries, the pandemic in some way ignited the race for transforming the companies and the public services more into a digital world. So taking advantage of the available, mature, and scalable technologies we improve the performance of the business and the lives of the citizens in the public sector. So I see a special opportunity in Israel.”

From Mirón’s perspective, Israeli firms were among the quickest to embrace the call for digital transformation.

As workforces became more remote, more Israeli firms were fast to pounce on the opportunity to build into a brave new world in the post-pandemic era. Startups were fast to adapt to the world of remote work, and we can see in the case of Guidde, a workflow and digital transformation platform for businesses, that Israeli companies were ambitious in adapting fast.

“We founded Guidde to bridge and distribute the tribal knowledge as part of the daily workflow of each employee in a modern organization,” said co-founder and CPO, Yoav Einav. “We made it easy to capture and share knowledge across teams and time zones with videos, probably the closest format to human interaction.”

Throughout Silicon Wadi, firms showed their pedigree in adapting fast to the conditions left by the pandemic. From adopting remote collaboration tech to utilizing the latest in presentation software and platforms to convey data to teams quickly and efficiently, the fact that Israel was among the fastest nations to recover from the pandemic is no surprise.

It’s important to note that Israel has suffered in the wake of the tech stock pullbacks that have caused widespread downturns on a global scale. Now, as the nation’s tech hubs are forced to innovate their way towards more prosperity in a sector that’s readying for the disruptive influence of the metaverse, we may soon see a strong test of the startup nation’s mettle.

Whilst 2022’s fundraising performance is unlikely to emulate that of 2021, the recovery of Israel’s brightest startups this year will undoubtedly pave the way for a far more prosperous and optimistic future ahead.