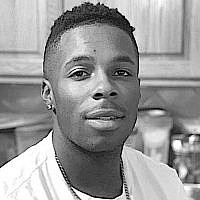 The Blogs
Jared Armstrong
Apply for a Blog
Advertisement
Please note that the posts on The Blogs are contributed by third parties. The opinions, facts and any media content in them are presented solely by the authors, and neither The Times of Israel nor its partners assume any responsibility for them. Please contact us in case of abuse. In case of abuse,
Report this post.

JTA — Eight days after I was born, I had a brit. I was a Jew, and that’s what Jews do. Well, many do it anyway; Jews who are not observant may not, but that wasn’t my family. We kept Shabbat. We had the best meals and wine during Passover. And on Yom Kippur, at a young age there was no excuse for me not to afflict my soul, my mom said. There I was, on the Day of Atonement, a little young boy starving and crying in the shul, like everyone else.

When I told my rabbi I wanted to make aliyah, to live in Israel, he was for it.

But both of us are just shocked by the Israeli government’s decision to deny my application for citizenship. They’ve made their points again and again to my rabbi and me: We don’t trust you. We don’t believe you. You’re not sincere.

It hurts. And I don’t understand it. I am so proud to be a Jew. I am proud of my family’s Jewish history. Hands down, it’s something to celebrate — a real story for Black History Month.

It all began over 70 years ago, with my great-aunt. A daughter to a Baptist minister, she decided to take tenets of Judaism in her own life and, influenced by the Jewish community, the Torah was what she wanted to base her life upon. But this was back in the 1940s, during Jim Crow and segregation in America. In many places, it was illegal for whites and Blacks to pray together in the same place at the same time. They say even today that Sunday mornings are the most segregated hour in the United States. Well, Saturday for us Jews is no different.

My aunt had barriers to deepening her Jewish experience with a “white” Jewish congregation. So she started her own, back in 1951. From there, an entire community of Jews — some descended, some converted, some born within the community, like myself — was born. The community evolved. It thrives, and it is non-denominational. Her mark is great, and her soul rests in a Jewish cemetery to this day.  Even though I am not a member of the congregation, you can never forget where you come from.

Currently, I am a member of Congregation Beth Shalom in Wilmington, Delaware. Rabbi Michael Beals is the spiritual leader there — “Joe Biden’s rabbi,” as the world knows him. I love Rabbi Beals and the community and truly have grown in my Jewish identity and purpose. Not for once did I ever think someone doubted my identity among the Jewish people. My mom and community taught and raised me as a Jew. I had a duty to God, to reach out and help those who are less fortunate. I was taught to repair the world (tikkun olam), and that all humans were created in God’s image. If you “save one life, you save the world.” The beauty of our religion is that there are so many ways to be a Jew, but the Interior Ministry excludes me for some reason.

Rabbi Beals and I were ecstatic to submit my application for aliyah. He had a connection with my family. My mother’s sister has been a member of his congregation for over a decade, and Beth Shalom accepted my mother and me with open arms. I had big plans, too. I was going to play basketball for Hapoel Haifa. Aside from basketball, I planned to apply to the Ministry of Foreign Affairs to help bridge the gap between Israel and Black America. I looked forward to learning more about Israel, the land of my people. I could even do hasbara, or public diplomacy. With Rabbi Beals’ connections and knowledge of politics and society, he encouraged me to pursue this. He was sure I would be a great asset to American-Israeli relations one day.

We don’t trust you…

When applying from abroad, it was a surprise when they didn’t accept my rabbi’s letter attesting to my Jewishness. Rabbi Beals was ordained at the Conservative movement’s Jewish Theological Seminary. I’ve been Jewish my entire life. The shul is a member of the United Synagogue of Conservative Judaism. And there was no mistake in what Rabbi Beals stated: I was born to a Jewish mother. But to them, something didn’t add up. Born to a Jewish mother? I can only relay the facts, and they wanted to see how my mom was a Jew. They requested to see her conversion papers — though why they assumed she was a convert, I cannot say.

I understand that Israel asks these questions of others — Ethiopians, Ugandans, immigrants from the former Soviet Union, Americans whose family trees or Jewish communities are not recognized by Israel’s politicized Chief Rabbinate. None of that is comforting, however, to someone who feels deeply Jewish and knows in his heart that Israel is his home.

Still, I was willing to jump through any hoops to get things back on track. So, we sent another letter, detailing my own Jewish ceremonies, dates and my mother’s mikveh certificate. But that’s not all. I decided to give them all I had. I sent my grandmother’s proof of Judaism, details about my family’s heritage, and pictures of my relative’s grave in a Jewish cemetery. Really, there was no reason to not trust me, my family, or my rabbi. We just wanted to clear everything up.

We don’t believe you…

My mother’s roots are from a non-denominational congregation. So, they said, all proofs were not credible. The fact that I identified as a Jew, lived as a Jew, was a member of Beth Shalom — none of this mattered. It wasn’t good enough. It wasn’t believable enough. There was just too much doubt. And to remove that doubt, I needed to undergo a conversion. Only then would they consider me a Jew in the State of Israel.

I was so frustrated. This was my identity we’re talking about here; my life they were doubting. But on the other hand, a conversion course had its perks. All Jews know that learning is a lifelong pursuit. And since I knew my status was now an issue, it was a good opportunity to fix it. So, I converted, and I did so with Rabbi Beals. He knew my intent was as spiritual as it was sensible. Through the crazy times of pandemic, I was able to complete my conversion according to halacha, or Jewish law, via Zoom and underwent a hatafat dam brit, a ritual and symbolic version of circumcision, as well as mikveh immersion, or tevilah. All doubt should now be satisfied. Once our shul reopened, I was called to the Torah for my first aliyah as an adult in front of the whole congregation.

I came to Israel on Taglit-Birthright Israel, a program that connects Jewish Americans to Israel and boasts of people who came on the trips and ended up moving to Israel. I was on the last Birthright trip of 2021 due to the pandemic, and the ruach – spirit – of God was within me. Rabbi Beals explained that going to Israel was one of the very few mitzvahs that a Jew does with his entire body. And so I signed up. Being in the land, being around my people, it was just indescribable. But during my time in Israel, the Jewish Agency had another request. They asked for a new letter. They needed to know every detail about the conversion sessions, their subject and what was covered. My rabbi was patient and sent them a five-page letter. Finally, I received a date to receive my immigration papers from within Israel. Being already in Israel, it would be a very special day to make it official in the land I wanted to call home.

Days before my date at the Interior Ministry I received notice that the head of staff for North America didn’t approve my conversion. Why? Because it was conducted on Zoom. (The conversion programs run by the rabbinate within Israel were on Zoom during the pandemic, too.)

But apparently, there was another huge red flag for the ministry: I wanted to play basketball. Every Jew comes to Israel with a plan: yeshiva, studying at university, opening a business, working in high tech. But basketball? That means you just want to take advantage of Israeli society, they think. And right now, this is the major concern that is on my file: that I only converted because I want to play basketball.

It is simply wrong, discriminatory, inhumane and ignorant. Instead of treating me like a Jew wanting to come home, they regard me as an infiltrator trying to take part in something that I have no right to. And nothing I have done has changed their mind. But I am fighting this. And I will continue to fight this. I am a Jew and I want to come home. But it’s also my duty to fight for justice wherever there is injustice — even in Israel, even if it’s for myself, and others like me.

As a Jewish community, if we are depending on the ministry to police itself, there’ll never be any change. We are going to continue to see these types of results. There are some communities that don’t want to see any change. The Israeli government cares too little about how American Jews feel. To me, not making aliyah would be the end of the world, but to them, this is just another file going into the denial folder.

There are so many nonsensical, paranoid and ignorant reasons why those handling my case may be suspicious of me. But I don’t care about opinions. I know who I am. I am not an infiltrator. I have done nothing wrong. I have gone far and beyond to prove my sincerity and understanding of their perspective. I am a Zionist. I support the State of Israel, but I do not stand for injustice. I am a Jew, and I want to come home.

About the Author
Jared Armstrong is a college graduate, a business owner and a former actor. He lives in Philadelphia.
Related Topics
Related Posts
Comments