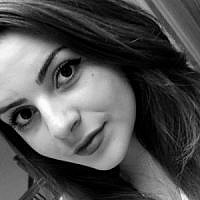 The Blogs
Jessica Yakobashvili
Apply for a Blog
Advertisement
Please note that the posts on The Blogs are contributed by third parties. The opinions, facts and any media content in them are presented solely by the authors, and neither The Times of Israel nor its partners assume any responsibility for them. Please contact us in case of abuse. In case of abuse,
Report this post.

I’ve sustained a close relationship with Israel since I was a young child. The zionistic air of Jewish school for the first ten years of my academic life and the fact that half of my family had moved from Georgia to Israel when the Soviet Union fell (I still don’t know why fate left me in the American half), was enough to lead me into taking a six-week long trip to Israel at the impressionable age of fifteen when my passion for it was sealed forever. I chose to go with NCSY “Ambassadors”, a program run by an organization designed to connect young teens with their Jewish roots. The trip focused on Israel advocacy. I was shown everything, taken everywhere, and made to love, cherish, and defend every inch of this land I was told is mine. And I did. It was impossible not to.

I took as much advantage of my “second home” as possible, visited at every chance I got and came back with memories of the bus rides, camping trips, nights out, falafels, camel rides, new friends, green uniforms, and everything in between. I know it sounds familiar. In early 2014 I found myself looking to visit yet again, this time for a medical internship. I planned a trip that would span over two months, during which I would learn at a yeshiva and intern at Hadassah Hospital Ein Kerem while living in Jerusalem.

I looked forward to another ideal experience; two blissful months I would spend away from New York, meeting inspiring people, learning about myself through spirituality, and getting to do it all while gaining experience in medicine. Most of all I was thrilled to get the chance to live in Israel as a native. No more living out of a suitcase and riding a bus to the next destination every two days- I was going to walk the streets of my own neighborhood in Jerusalem and know it inside out. I was going to take the light rail and busses to work, do yoga in the park and go to the beach whenever I wanted. I couldn’t wait to go to the shuk before every shabbat and discover all of the places tourists didn’t know about. This was it. Everything was going to be perfect.

And then I got there.

On June 30th, the night I arrived, the bodies of the three kidnapped boys were found in the West Bank. I spent my first night in Israel at a somber candlelit vigil, mourning with my country over their senseless death. I witnessed Jews from all walks of life join together to commemorate them, singing and praying as one. “Wow”, I thought. “This is a whole new side of Israel I’ve never witnessed before.” I appreciated the chance to be a part of this moment, to stand with my nation during a low point. But that was only the beginning.

Living in Jerusalem in the period following the boys’ death is an experience I wouldn’t trade for anything the world, but it’s also one I hope no one I know will ever have to face. From the second I heard the news of their death up until the seconds that are ticking by as I type these words, I have gone from scared to brave, anxious to relieved, shattered to uplifted countless times. I don’t think there has yet been a day that I haven’t opened Israel news on my computer and held my breath as the pages loaded onto the screen, not knowing what to anticipate. I never would have imagined what awaited me when I stepped off my flight, or how it would change me.

Every day I spent in Israel held a new reality. The Iron Dome intercepted the first rocket successfully launched at Jerusalem while I was at an outdoor concert packed with thousands of people. We didn’t hear the sirens because the music was too loud, but suddenly a panic fell over the crowd and people were evacuating as fast as possible. With that began the lockdowns and daily rounds of frantic phone calls from family and friends making sure I was okay. Just days later, another siren sounded as I rode the light rail and in seconds I found myself laying on the concrete with my hands over my head, watching a missile explode in the sky above me. I quickly learned not to panic at the sound of a siren and started following example of the Israelis by just continuing on where I left off, but to this day it’s hard not to cringe when an ambulance drives by.

Despite the situation, most of my days in Israel were mostly void of events like these. There were riots and tension, people and places became more dangerous. I was definitely restricted, but because of Jerusalem’s location relative to the border, I felt Operation Protective Edge raging on in Gaza only minimally most days outside of my internship.

My time at Hadassah Hospital started relatively peacefully in the anesthesiology department until I ended up working with doctors in the post-operational room. On my second day there, I found myself face to face with a wounded soldier, flown in on a helicopter straight from Gaza to undergo a specific operation. He had walked into a terror tunnel that was booby trapped, and shrapnel from the explosion badly damaged one of his eyes and much of the rest of his body. He was only nineteen years old. I was at his bedside taking his vital signs when suddenly his hand, covered in blood, searched for and grabbed mine. He opened his one good eye and hesitantly asked me in if he was going to be okay. Yes, I assured him. My voice didn’t shake, but I didn’t know whether or not I was lying. I sat with him for several moments until his panicked parents rushed in to the room.

This went on for days. Soldiers came and went with injuries varying in intensity. I continued visiting those who stayed in the hospital daily, making rounds before and after my work hours and formed friendships that I benefited from more than I can explain. Many with minor injuries would return to Gaza just days after being discharged from the hospital, adding to the list of names I desperately hoped I’d never see when I read which soldiers were killed every day. Some never made it.

On July 30th, a Golani soldier and good friend of mine was killed when he was lead into a building riddled with explosives by a Gazan child begging for his help. I went to his funeral by myself, and I have never felt less alone than I did during those hours. Thousands of people that never knew him gathered to honor him and support his family through their suffering. His army unit of grown men held his coffin and cried like children over their brother. I found myself feeling angry and broken beyond repair, yet as surrounded by love and unity as I’ve ever been. No one could be alone in their pain.

I thought I loved Israel before I ended up there at a time when life introduced me to these realities. I’ve only recently realized that my connection with it never fully formed until the aftermath. Truly loving Israel, for me, has proved to be parallel to what it is to truly love another person. At times it is beautiful and at others distressing. There are moments that leave me numbingly disappointed, and at others that fill me with pride. Truly loving anything, whether a person, career, land, a nation- it becomes more real along with every inch of yourself that you give to it.

Every time I used to come to Israel I would only take. I was encouraged to take, to breathe it all in and enjoy it so that I could form a bond with it and be equipped to defend it in the face of its enemies and critics. I came on free trips, and enjoyed all of the beauty and inspiration it had to offer in the safest of times. I jumped into its waterfalls, walked down the streets of its most beautiful cities, laughed and danced in its bars. I basked in its sun and contemplated life watching its unprecedented sunsets. I had one perfect day after the next, accepting everything Israel gave me for free, simply because I’m a Jew. The one place in the world I would ever be welcomed for this, rewarded for this. I only knew its goodness and I was obsessed with it. Lust.

Whatever happens in Israel, whatever reactions these occurrences ignite in me, it will never again be perfect in my eyes. When I returned to the US and people asked me what it was like to be there during a certain moment, what it was like to work in a hospital during the war, if I ever ran to a bomb shelter or saw a rocket fall, I would brush off the questions. I didn’t open the journal I kept there for months. I didn’t want to confront the emotions, and I desperately wanted to keep my previous image of Israel in tact. I wanted to feel the urge to look through my Facebook pictures endlessly and talk about it to all of my friends. I didn’t want to consider that I lost a friend while he defended Israel. Defended me. It felt as though my heart was betraying itself, the war had defeated me and taken away my “happy place.”

I never wished to validate that there were days of overwhelming sadness, of fear, of anger and anxiety. The recent tragedies Israel has suffered in the hands of terrorists have demanded this validation, reignited this awareness. I remember the days when I hated what Israel was doing, and the days I wished I were doing it myself. There were times my alarm went off to wake me up for my internship and I considered skipping it out of fear of what awaited me. Days I came back to my room at the end and didn’t leave my bed for hours.

There were phone calls from family begging me to return home because it wasn’t safe, in contrast with daily praise and gratitude from strangers for staying despite the adversity. For being a part of Israel’s reality when so many chose to leave. But I felt safe. And most of all, I felt useful. I was helping soldiers and their families to overcome their injuries. For once, I was giving to Israel. I was impacting lives.

Home had become Jerusalem. There were beautiful days and there were terrible ones, but every day was breathtaking and I didn’t want to be anywhere else. In so many ways, my dreams of experiencing Israel as a native were fulfilled in the only way they truly could be. I learned to love it and to accept it for what it is. My critique comes as swiftly as my empathy, my desire to return is as strong as it’s ever been. The connection is there, and it’s unbreakable. Love is never perfect.