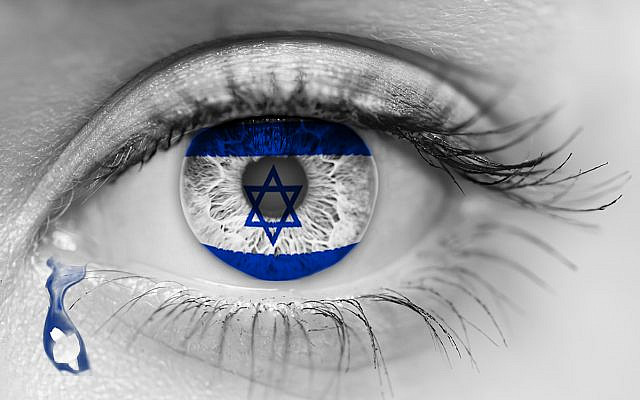 Freedom loving people everywhere should be rallying around Israel as the nation faces the most horrific mass terror attack in recent history.

Despite White House pronouncements supporting Israel’s right and obligation to defend itself from terrorists, many Israelis are feeling increasingly isolated, denigrated, and alone.

For those who can remember the traumas of the past woven through the tiniest cells of our DNA, those feelings are nothing new for the Jewish People.

Since 1948, more than 100 of the world’s nations declared their independence. With the exception of Israel, you will find few if any people marching in any capital supporting the destruction of any of those countries.

That’s not to say those nations haven’t struggled to create systems that respect civil and human rights, faced challenges integrating and granting equal protections to minorities, strengthening and upholding the rule of law, or pursuing basic democratic reforms.

Those are challenges even the world’s strongest and oldest democracies continue to face.

How many headlines have you ever seen of protestors rallying in support of terrorists who seek to destroy any of those nations, front page headlines covering their every struggle or failing, or efforts to deny their very right to exist?

In recent days, as millions of Jewish and Arab-Israelis are sheltering in bunkers, protestors in communities throughout the world marched with signs and chants supporting the destruction of Israel. Political officials spoke out against Israel’s right to defend its people from more than 2,300 missiles fired indiscriminately by terrorists at the nation’s population centers.

Israel is not unique in its struggles to form a more perfect nation, although few nations of the world come close to matching Israel’s democratic record, pursuit of democratic values, reforms, and protections for minorities, or the morality of its military in the face of constant attacks from terrorists who deliberately store and launch missiles from densely populated civilian neighborhoods.

What’s unique about Israel is that it is a Jewish nation, the planet’s single national homeland for the Jewish People.

From time immemorial, the Jewish people have faced antisemitism, pogroms, expulsions, and genocide.

For thousands of years, the Jewish people depended primarily on the protection of others. Through their own periods of turmoil, those “others” often turned their Jewish communities into scapegoats and encouraged once peaceful neighbors to blame, attack, and murder the Jews.

Protests and political pronouncements questioning Israel’s right to exist, pundits, politicians and protestors who support those who continue to seek to annihilate the independent Jewish nation 73 years after its rebirth are exactly the reason Israel must remain strong and capable of defending the Jewish People without depending on anyone.

The People of Israel live and will continue to live, thrive, and be a light unto the nations.

May those who continue to target and scapegoat Jews, no matter how they dress up their duplicitous words and actions, disappear into the dustbin of history.

May those who recognize and embrace the miracle that is modern day Israel and the brave people who defend its freedom stand up, speak out, and make our voices heard.