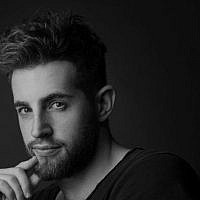 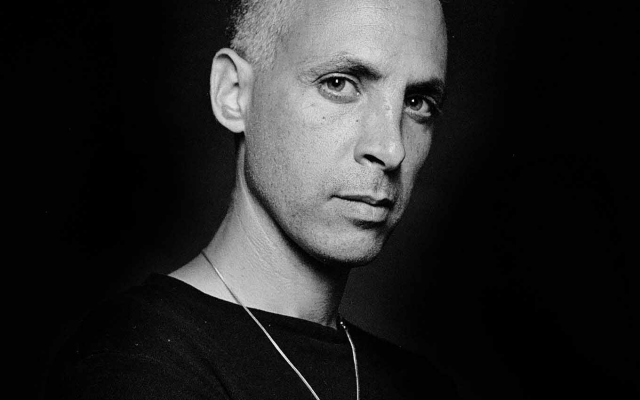 My name is Samuel Hyde, I have worked both in the theatre industry and currently work as an engineer/producer in the music business. I studied the Holocaust and Anti-Semitism at a high academic level through the Cape Town Holocaust & Genocide Centre where I spent 2 years volunteering and working. As a Jewish and Israel rights activist I work daily with Palestinians on the ground at erasing false narratives, ending the zero-sum game and bringing unity between our two communities. My commitment to activism and social justice extends beyond my own community – I have worked in close collaboration with the Umubano Foundation to educate on the Rwandan Genocide and produced a theatre production that used genocide as it’s backdrop to address rape being used as a weapon of war.

This letter serves to address the divisive decision you have undertaken to ban Israeli Filmmaker, Yakie Ayalon on the premise of ‘not supporting The Israeli government’. I will also seek to address the statement you made explaining his ban. Yakie’s career has been devoted to using film to tackle social justice issues- something you, yourselves stated to stand for as a festival. He has made documentaries on bringing peace and unity between Israeli’s and Palestinian’s, giving voices to minority communities within Israel and around the world and made films addressing socio economic and humanitarian issues throughout the African continent. Based on his credentials and work it seems that he is the perfect candidate for the ideals you claim to strongly stand for and in my opinion, you have missed a golden opportunity at engaging in an open dialogue. Yakie’s only crime is that he is Israeli born, in fact Yakie left Israel as a child and lived majority of his life in Nigeria. You claim in your statement that it has nothing to do with the individual’s identity but a stance against the government, something I could believe if it wasn’t for the fact that you were screening two films by Chinese directors where the current Chinese government have 1 million Uyghur Muslims in concentration camps or a Ugandan filmmaker, a country who have implemented laws making homosexuality illegal resulting in imprisonment of local populations and death based on their LGBTQ+ identity. These are just a few examples of the many double standards that result in your explanation falling flat. However, this ban does not just affect the Jewish collective who are clearly being used as the figurehead scapegoats to push your political agendas but it effects the LGBTQ+ community and the wider Muslim population because this hypocritical stance taken has actively ignored and erased the injustices their communities are facing in the forementioned countries.

By calling Israel a Colonial state you are actively engaging in Anti-Semitism by erasing our history and identity and purposefully ignoring the thousands of years of historical and archeological evidence that provide proof that Jews are the indigenous people of the land. There is no future in the land without Israeli’s and Palestinians and ‘outsiders’ such as yourselves have to stop engaging in false narratives that only fuel the fire. Your actions are the height of privilege, perpetuating misinformation and divisiveness and then returning to your everyday lives leaving us, the people with skin in the game to pick up the mess of the fire you fueled.

Israel is also not an Apartheid State as you so claimed. I have read the 213-page document stating this to which in its opening paragraph the writers admit to changing the definition of Apartheid to suit Israel. A definition that would then make every country not only in the middle east but most in the west an Apartheid State. If you have to change the definition of something than it is clearly not defined by that in the first place. Apartheid is rightfully so an emotionally charged term that is now being weaponized to create a one-sided narrative on the conflict to further the anti-Israel bias with no basis in fact or reality resulting in the modus operandi of cancel culture being used to prevent Jews from having an active voice in the conversation. There are 2 million Arab Israelis living within the borders of the State of Israel that have full equal rights, they serve in the highest government positions, in fact just recently Ra’am an Islamist party joined the new Israeli government coalition holding the deciding vote on who the new Prime Minister would be. The head of the Israeli Supreme court is Muslim and jailed a former Jewish Israeli President on corruption charges. Jews and Muslims serve together in the IDF protecting Israel’s borders and more than half of the Israeli national soccer team are Muslim. This by no means draws any comparison to the rogue and heinous Apartheid government of South Africa’s past. Palestinians who are not legally Israeli citizens do not enjoy these rights simply because they are not citizens – a result from The British dividing the land much the same as they did with India -Pakistan, another conflict of similar nature. The injustice is routed in the very division of the land by The British between its local populations. If I was not granted the opportunity of open dialogue with my Palestinian cousins, we both would be none the wiser. This ban serves as the opposing threat standing in the way of good people on both sides of the conflict from normalizing and engaging with each other to find a way forward and serves as an example of a growing worry of dogmatic ideologies in our society.

Based on your statements and public stance something tells me you wouldn’t ban an individual Palestinian filmmaker in order to condemn their leadership, Hamas, a recognized terrorist organization whose founding charter echoes that of Nazi Germany and calls for the genocide of Jews – ‘Oh Muslim, Palestine will not be free until every Jew is hiding behind a rock and a tree and even the rock and tree cry out: Oh, Muslim there is a Jew hiding behind me, come and kill him’ or the fact that in Gaza women have no rights and homosexuality is punishable by ten years in prison under Hamas leadership or the fact that the Palestinian Authority is a dictatorship on their 16th year of their 4-year term preventing Palestinians the right to vote. Just this week Nizar Banat a Palestinian activist was jailed and tortured by the PA for daring to publicly speak out against them. This torture resulted in his death to which tens of thousands of local Palestinians took to the streets to protest. Unsurprisingly, this was not covered by western media or by the Pro Palestinian movements in the west as it doesn’t serve the anti-Israel agenda. Most Israeli’s and Palestinians want nothing but peace but as long as you and others like you are standing in our way promoting anti normalization the divide deepens, the more of us lose our lives, the longer we live in a reality of war.

In closing, I stand for Palestinian self-determination as I do Jewish self-determination and until we can create an environment where we are not the enemies to each other’s story the conflict will continue. It is incredibly dangerous to continue trying to fit the square peg of the Israeli/Palestinian conflict into the round hole of American or South African racial politics. The conflict is of an ethnic nature not a racial one and must be addressed with nuance, education and open dialogue without trying to copy-paste other people’s history or experience onto us through the use of Critical Race Theory ideologies that have no business in this conflict. Your stance is aiding the current status quo of anti-normalization and actively allowing the conflict to continue. We are all entitled to our own opinions, but none of us are entitled to our own facts. There is such a thing as universal truth. I do hope that in future you will think again before engaging in misinformation or holding double standards that affect not only Jews but as discussed other minorities at large. Art inspires us to visit the concept of unity and see ourselves as part of a bigger universe. May your festival only thrive in the future by truly upholding the principles that you claim to stand for but this time have failed to implement.