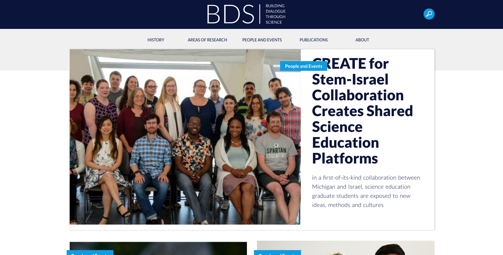 At the AIPAC conference this year, Alan Dershowitz laid out the dynamic in simple terms; that the “best way to delegitimize BDS is for Israel to develop life saving technology the world can’t live without.” When it comes to life saving, few things are more essential than food, medicine and water, and Israel plays a global leadership role in all of those areas. In California, this is especially important and true when it comes to water. I have been working recently with Milken Center’s Glenn Yago, founder of the Financial Innovation Lab at the California-based Milken Institute and an expert on Israel and on water, who has witnessed and participated in many of the successes shared between California and Israel and has also experienced the roadblocks in mind and matter that lie heavy up and down the Golden coast; in our culture, on our campuses and in media discourse.

According to Glenn, “It plays out subtly, but in the scope of comparing it to the positives and potential of these partnerships, you can see it as clear as day. As an example, I was part of a symposium at UC Berkeley exploring some incredibly groundbreaking opportunities, and the program got little to no attention, and was barely advertised to the students on a campus with a very strong BDS presence. BDS is the only plausible explanation for the lack of awareness and excitement around what are perhaps the most interesting and exciting developments taking place in the state. Whether we’re talking about the latest in desalinization or decontamination- these are the factors that will shape the world we’re leaving for the next generation.”

The Weizmann Institute of Science, a prestigious Israeli research center, has recently launched a new website, and they are calling it Israel BDS. The acronym BDS is more commonly identified for the Boycott, Divest, and Sanction movement against Israel, but Weizmann’s scholars converted it to Building Dialogue through Science.The two BDS platforms epitomize a sharp and deep ravine of divergence between how some people think and talk about Israel, and the actual reality of Israel, her relationships, and the role the Jewish state plays in the world. If bias can be removed from the conversation, to any observant eye, the benefits and contributions made by Israel to society, as the singular democracy in the politically unstable Middle East or as the absolute forefront of scientific and cultural discovery, the country should, by fair means, have a much better reputation.

What Israel has to offer should be especially celebrated by institutions of higher learning, however BDS has flourished on campuses across the country, and one could argue that students are missing out. Using science as a porthole of truth, Weizmann President explained Israel BDS’s tactics plainly, that “if we are going to work against the other BDS, we must do so with real information. That is the intent of the site we have created. When scientists cooperate in their research, they bring back to their countries an understanding of the ways people can work together on many levels – over and above the scientific – including respect for other cultures and a desire for peaceful coexistence.”

Whether providing support, training and equipment to scientists throughout the Middle East region, or working with California to study mechanisms that culminate in supernovae, Israel has an impressive resume of current and past partnerships with scientists and revolutionary innovators from virtually every corner of the planet. This goes far beyond science and technology, and also plays out in the arts, athletics, archeology, and a much longer list. But all that is a far cry from what is commonly known and discussed in the American media or college town coffee stop. The divide is so significant, it has created a life of its own. California is a potent sample for examining the distance between what is true about Israel and what is said about Israel.

It’s important to note that hyper and disproportionate criticism, protection of hate speech in the United States and bias against Israel often plays out on the more educated and liberal side of the aisle, which further demonstrates the nature of distortion of facts vs fiction. Equating Israeli politics with a hijacked agenda of the human rights movement with phrases such as ” From Ferguson to Palestine” and more recently with the Trump presidency rhetoric: “Palestine to Mexico, no walls” unfairly and falsely aligns Israeli politics with agendas having no connection to the country. These invented biases create unnecessary obstacles.

Distortions and outright falsehoods in media and public attitude, mostly with the objective of generating revenue for whatever cause they are aligned with, make it very difficult, if not impossible, for the public to get a clear perspective of the amazing opportunities right in front of us presented by these partnerships.

It is actually quite ironic that much of what matters to left leaning groups, such as disaster relief, water and energy conservation, the arts and our planet are issues and areas that Israel champions, both independently and inclusively. Many of these also strongly support the success of other nations such as China and India, in addition to much of Europe, and are expanding to other neighboring countries in the region like Jordan, Egypt, Turkey and so called “enemies” like the Palestinian Authority and Iran.

Partnerships such as these continue to build close and promising ties with agencies across the globe, including here in the U.S., implementing extraordinary and life changing technologies.

When we talk about the future, and about what we expect from it and expect from ourselves in bringing it to life, we have to strongly evaluate how bias and exclusion from public discourse can interfere with public awareness and strongly influence the thinking of future generations in the US. There is incredible innovation that is many times never brought to our attention because it doesn’t make the media headlines, or as was Glenn’s recent experience at Cal Berkeley, is kept under a low profile. When it comes to Israel and what Israel offers to the rest of the world, the evasion and bias are worth disseminating, so that the innovation and fruit of tremendous brain power, funding and risk taking can be exposed, thrive, and continue to develop already active and globe shifting ideas and opportunities.

Look for the upcoming piece where we will discuss specific innovative concepts and programs that Glenn and his team have been working on.This is part of our ongoing efforts to focus on new innovative technologies that are changing the landscape of earth science and sustainability. We will highlight the work of other experts on the ground in the middle of what is truly a highly promising epicenter of the future of innovation and technology. We will also uncover what is currently developing with Israeli impact overseas in order to further capitalize on the talent and prospects that are pouring out of this small unique nation in the Middle East.