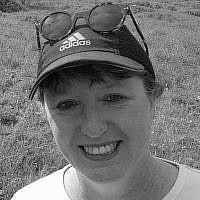 The Blogs
Gayle Shimoff
Teacher, Educator and Blogger
Apply for a Blog
Advertisement
Please note that the posts on The Blogs are contributed by third parties. The opinions, facts and any media content in them are presented solely by the authors, and neither The Times of Israel nor its partners assume any responsibility for them. Please contact us in case of abuse. In case of abuse,
Report this post. 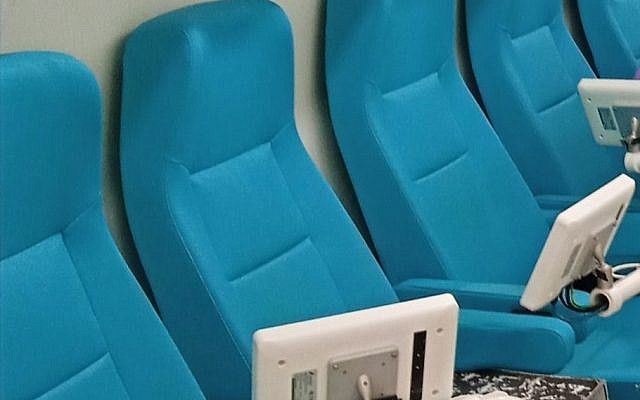 Comfortable chairs with iPads, inside a hyperbaric chamber at The Sagol Center. (courtesy)

After living with fibromyalgia for nearly 25 years, on December 14, 2021, I began Hyperbaric Oxygen Therapy at The Sagol Center for Hyperbaric Medicine and Research at Shamir Medical Center/ Assaf HaRofeh Hospital.  As of today, I have completed 10 sessions of 60, two hours a day, five days a week.

I am sharing my experiences publicly because I want people to know how our Israeli scientists and doctors are worldwide leaders in these fields. I am grateful this program is available to me, only a car ride away from home in Beit Shemesh.

HBOT, The “Good Doctor” and Me

It all began with Netflix and “The Good Doctor.” 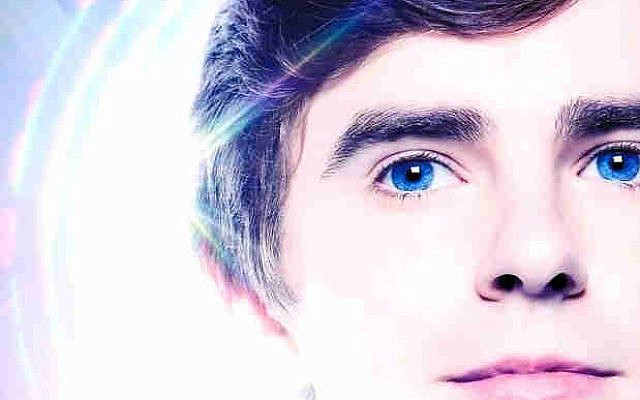 Freddie Highmore as Dr. Shaun Murphy in “The Good Doctor.”

My husband Danny, Krembo our dog, and I usually end our days watching Netflix. We especially enjoyed watching Season 1 of “The Good Doctor,” so when Seasons 2 through 4 aired in July, we began binge-watching straight through all the seasons. Season 2, Episode 6,  “Two-Ply (or not Two-Ply)” was a particularly poignant episode, when Morgan accompanies a patient into a hyperbaric chamber for treatment and begins to cry.

Watching Morgan reveal her humanity was truly moving, but seeing the inside of the hyperbaric chamber on TV, dislodged a long forgotten memory of mine. I suddenly remembered that I had once read about a study involving a group of middle-aged women with fibromyalgia being treated with HBOT, right here in Israel. And that was the beginning of my path to Professor Shai Efrati, at The Sagol Center for Hyperbaric Medicine and Research.

Fibromyalgia, Camp Moshava and Me

I’m middle-aged now, but I was a young mother when I was first diagnosed with fibromyalgia, after suffering for years with a combination of symptoms that did not make sense to most doctors.

My doctors and I now believe it was triggered by a bus accident when I was 18 years old.

It was July 1985, and I had been home only a  few weeks from my gap year in Israel, when I was going to be a counselor in Camp Moshava. On the morning of the start of second month, I boarded the camp bus at the Brooklyn pickup, along with more than two dozen kids and five other counsellors. About an hour into the drive I was awakened from a nap, to find myself lying on broken window glass, inside the bus, on the side of a wet country road. 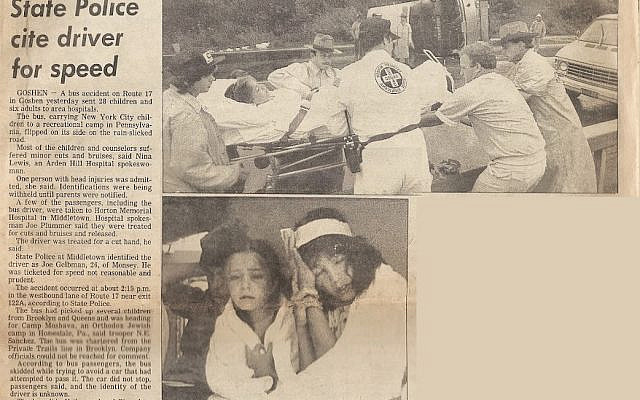 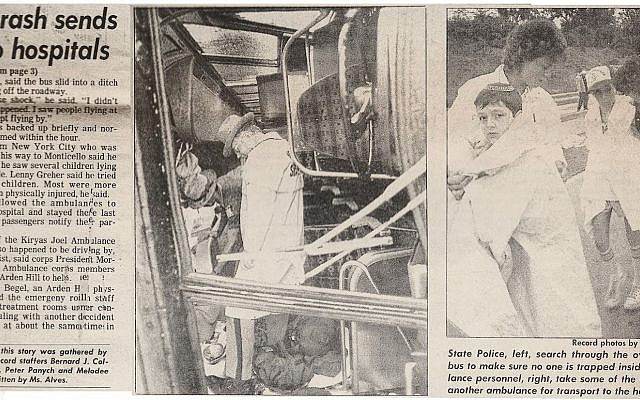 Fibromyalgia sufferers must learn to take care of themselves well in order to have a good quality of life. Self-care looks different for each person. I have focused on sleeping, breathing, yoga, swimming, massage and tuina, to name just a few modalities that have helped me. The problem is that each treatment or practice helps a bit, but no one avenue helps enough. And as the years went by and I developed other medical issues, it became harder and harder to manage.

“The Road Not Taken,” Robert Frost

Treating fibromyalgia with HBOT is both unconventional and uncommon, aside from being costly. But my husband Danny and I decided it was worth the risks, since there is a possibility for a more pain-free life for me. We are very grateful to have a world renowned facility so close to our home, with Professor Shai Efrati, one of the pioneers of this treatment for fibromyalgia, being personally involved in my care.

So thank you Shaun, Glassy, Morgan and Claire, and the entire team at “The Good Doctor.” Without you, I might not have remembered that doctors had started to treat fibromyalgia with HBOT.  I have now completed 10 days of HBOT with lots of “good doctors” by my side. 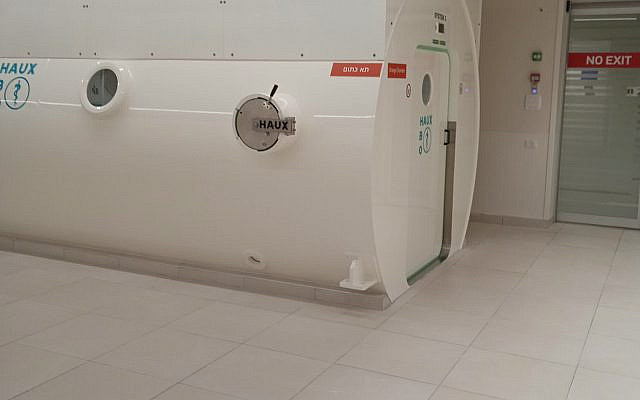 Outside view of a hyperbaric chamber at The Sagol Center. (courtesy)

Since HBOT is an uncommon and unconventional medical treatment for fibromyalgia, I have decided to share some of my experiences “live.” I invite you to join me on my three-month journey by reading my blog posts, whether you are a sufferer, caregiver, physician, friend of someone with fibromyalgia, or would like to discover more about the world of HBOT.

I do not know if it will help me, heal me or hurt me, but I am committed to “the road not taken.”

Send an email to gaylesusan@gmail.com to sign up for my e-newsletter.

About the Author
Gayle Shimoff grew up in New York and moved to Israel with her family in 1994. She is a specialist in the fields of dyslexia, reading development & learning disabilities, teaching both privately and in institutes of higher education, when not sitting in a hyperbaric chamber. www.threadingroom.co.il.   ​
Related Topics
Related Posts
Comments