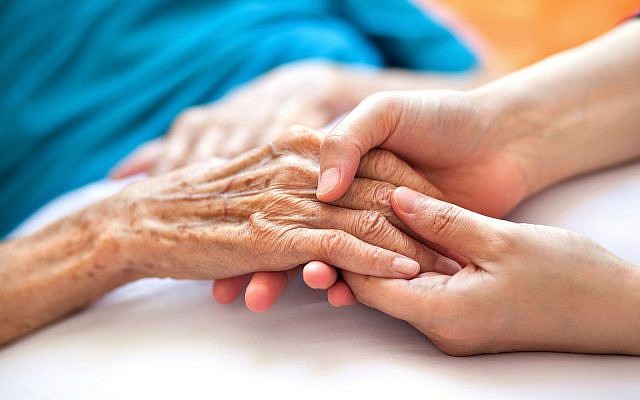 Israeli researchers are working on a problem that everyone can relate to: getting older. I remember looking in the mirror one day and realizing that time is ticking. I am getting older, and there’s little I can do to stop the fact that every second that passes I am aging.

But researchers are working on changing this – at least the appearance of getting older.

A little over a year ago, news broke that researchers at Bar-Ilan University created a new facial serum that allows doctors to insert water-absorbing acid into the deeper layers of the skin. The result? No injections and skin with fewer wrinkles and less sagging.

Creams are being developed right here in Israel to make skin look younger and turn back the clock somewhat.

Hava Zingboim created the first-ever formula that allows for hyaluronic acid penetration via cream. And then I started wondering what else can be done to turn back the clock? I know exercise and eating healthy staves off old age to a degree, but what other breakthroughs have I overlooked?

In the states, NAD+ is said to be the closest thing to an anti-aging pill that exists.

The anti-aging industry, valued at $250 billion, claims that NAD+, short for nicotinamide adenine dinucleotide, is one of the world’s most important molecules. Without this molecule, Harvard Medical School claims that you would die in less than 30 seconds.

NAD+ is a real breakthrough because it’s responsible for cell aging regulation, and as people age, their bodies create less NAD+ in the process. Studies done on mice show that NAD+ helps the mice look and act younger, and their life expectancy is also increased when NAD+ is administered.

The effects of NAD+ are rapid, with researchers unable to tell the difference in tissue from a 2-year-old mouse and a 4-month old mouse in just one week. It’s a step in the right direction, and for me, it’s not as much about looking older as it is feeling older.

NAD+ has the potential to make people feel younger, and if the muscle tissues are younger, this means aging gracefully without the worry of becoming inactive. I want to be strong and healthy when I have grandkids, and NAD+ is just one step in making that a reality.

Ben-Gurion University has also been busy working on a way to help boost fertility, allowing even older men and women to have the potential of having kids.

A single dose fertility treatment developed at the University is considered groundbreaking. Focusing on a cell’s telomers, researchers have found a way to re-elongate the telomers that shorten as we age. The re-elongation protects against cell damage, increases the chance of fertilization and boosts cell viability.

Israel’s startups and Universities are leading the charge against aging, and while it may be impossible to go back to my teens or early 20s, there’s a chance that I can age gracefully thanks to these breakthroughs.

The potential is there for a civilization that remains active and strong well into their elder years, and this offers a sense of dignity that is priceless for the elderly.