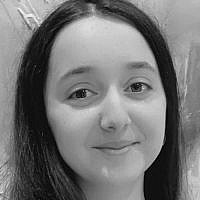 The Blogs
Lir Sarah Yissar Josefsohn
Apply for a Blog
Please note that the posts on The Blogs are contributed by third parties. The opinions, facts and any media content in them are presented solely by the authors, and neither The Times of Israel nor its partners assume any responsibility for them. Please contact us in case of abuse. In case of abuse,
Report this post.

Once, we were full of blossoming trees. Trees that would change colours every fall. Trees that spread deep roots. Then, a few trees in a huge forest get poisoned. Slowly, one tree falls, another’s leaves don’t grow back, and all of the beautiful roots start disintegrating. This is our forest of memory’s and the poison is Alzheimer’s Dementia (AD).

Alzheimer’s Dementia is a disease that causes memory loss in its early stages, and worsens in its later stages to the point where an individual cannot carry out simple conversations or respond to his/her surroundings. At the moment, AD has no cure but scientists around the world are constantly working together to progress the existing methods of preventing, diagnosing, and treating this overpowering brain disorder. Israeli scientists are among the collaborators. They have been working hard for years to find different treatments in order to help those suffering from Alzheimer’s Disease, and, hopefully, cure the disease. Here are a few examples of promising Isreali inventions and discoveries.

Vaccines give the body a weakened dose of a virus in order to help build immunity against the stronger villain. Okun’s technique is to prepare the body to attack amyloid beta protein clumps in the brain, the signature sign of AD.

Okun has already been experimenting on mice and is now moving on to a clinical trial that is focused on people who have a high risk of developing early onset (under 50 years of age) Alzheimer’s Disease. These trials will allow Okun to determine if the vaccine is successful and how it affects the human body. Depending on the results, Okun will understand how much more time is needed before it can go global.

PET scans and spinal taps are now the most reliable and standard way of diagnosing Alzheimer’s Disease around the world, but they are expensive and have many risks including
infections, brain herniation, and high radiation exposure. Israel is developing tests that are non-invasive, affordable and can provide an earlier diagnosis.

A new MRI technique records molecular changes in brain tissue which could help early diagnosis in Alzheimer’s as well as Parkinson’s Disease. This is being developed by researchers from the Hebrew University of Jerusalem. Dr. Aviv Mezer, a lead researcher, explains that the new MRI technique will allow doctors to differentiate between brain scans of the same patient that were taken over a period of time to compare the healthy and diseased brain tissue.

Dr. Shahar Arzy, director of the computational neuropsychiatry lab at Hadassah Hebrew University Medical Center in Jerusalem, worked with her team to create Clara, an artificially intelligent ChatBot that could potentially detect early signs of Alzheimer’s Disease. Clara is based on the understanding that AD affects the brain’s orientation system before memory. Using this information, Clara asks patients about themselves and their relationships with people, events, and places. Then, Clara compares the answers to a computer-based test made for diagnosing Alzheimer’s Dementia very early on.

Arzy and her team have posted a study saying Clara is correct 95% of the time. Clara is now three years into a five year trial at Harvard to compare data given by the system to data from AD markers taken via Amyloid PET scans, quantitative and functional MRI, and other neuropsychological tests.

There are many different medications for Alzheimer’s Disease, including Israeli-made Exelon, but they cannot cure or stop the progression of this disease. Rather, they can relieve or delay symptoms. An Israeli Professor, Marin Kupiec, and colleagues at Tel Aviv University, suggest that it may be possible to reverse the protein clumping involved in neurodegenerative diseases like Alzheimer’s and Parkinson’s Disease. Amyloid protein growth increases with age and can lead to neurodegeneration because proteins can create incorrect form, where they’re misfolded. Kupiec says that removing glucose from a certain clump of protein makes it dissolve. If results can be repeated in more complex proteins, then scientists will have a new research avenue toward treatments that can reverse the neurodegeneration effect of protein build-up.

These are just a few of the many advances Israel has made towards preventing, diagnosing, and curing Alzheimer’s Dementia. Ladostigil, NeuroAD, and ElMindA are a few more. With Israel and the rest of the world working together to fight this awful disease, one day we may be able to know that our forest of trees won’t ever lose its leaves.

About the Author
Lir Yissar Josefsohn has been an Alzheimer's Dementia activist for several years, she has been awarded by the York Region District School Board, "Celebrating Student Success," for her ongoing passion to help others. Lir lives in Ontario, Canada where she participates in the Hasbara Fellowships Canada High School Internship.
Related Topics
Related Posts
Comments