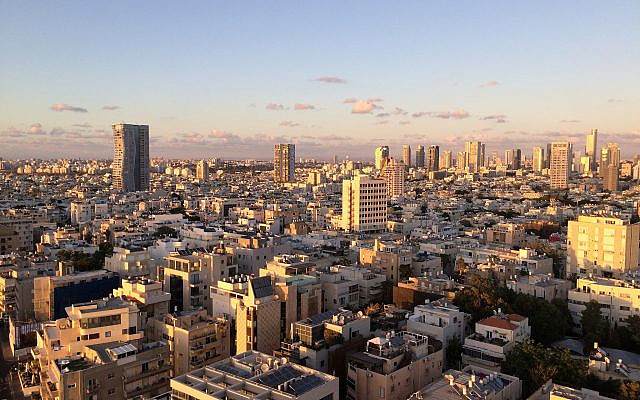 Tel Aviv photo by the author

Amnesty International’s new report, “Israel’s Apartheid Against Palestinians,” has received a lot of press—and a lot of well-deserved criticism. But there’s one aspect of the controversy that hasn’t gotten enough attention: The report recommends that Israeli authorities “Recognize the right of Palestinian refugees and their descendants to return to homes where they or their families once lived in Israel or the OPT [Occupied Palestinian Territories], and to receive restitution and compensation and other effective remedies for the loss of their land and property.” Nor has enough attention been paid to a similar recommendation made by Human Rights Watch in its January 2022 submission to the United Nations Human Rights Committee, asking the Committee to “call upon the government of Israel to: Recognize and honor the right of Palestinians who fled or were expelled from their homes in 1948 and their descendants to enter Israel and reside in the areas where they or their families once lived.”

There is no such right. And these groups can make no credible argument that there is. More than anything, their recommendations are an attempt to delegitimize the Jewish state.

First, there is the issue of sovereignty. An overwhelming majority of those who call themselves Palestinian refugees have never lived in what is now the state of Israel. Legally, they are aliens and can be excluded by the Israeli government. It has long been a fundamental principal international law that a sovereign state has the sole authority to control immigration across its borders. As the U.S. Supreme Court noted 130 years ago, “every sovereign nation has the power, as inherent in sovereignty, and essential to self-preservation, to forbid the entrance of foreigners within its dominions, or to admit them only in such cases and upon such conditions as it may see fit to prescribe.” (The Court reaffirmed this principal as recently as 2020.) Thus, there is no right to violate a state’s territorial sovereignty—to reside within its borders without permission.

Nevertheless, Palestinians and their advocates invoke the so-called “right of return.” Perhaps they think this right can overcome state sovereignty. Well, good luck with that.

In any event, there’s no need to decide the issue. The “right of return” has been thoroughly debunked. The seminal work on this issue is “The War of Return,” the 2020 book by Adi Schwartz and Einat Wilf. As the authors convincingly show, “There is no international law that requires Israel to allow Palestinian refugees and their descendants to return to Israel.”

In support of this point, Schwartz and Wilf rely on an exhaustive analysis by law professor Andrew Kent, entitled “Evaluating the Palestinians’ Claimed Right of Return.” Kent concludes that it is “clear that the claimed Palestinian ‘right of return’ for refugees from the 1947–49 conflict has no substantial legal basis.” Proponents of a right of return, including Amnesty International, mainly try to rely on U.N. General Assembly Resolution 194 (III) of 1948, which says that “refugees wishing to return to their homes and live at peace with their neighbours should be permitted to do so at the earliest practicable date.” However, General Assembly resolutions do not amount to binding law—a point the Arab states themselves made when they rejected the 1947 Partition Resolution. Moreover, as Kent notes, Resolution 194 “did not describe the return of Palestinian refugees as a ‘right.’” (Note the use of “should,” as opposed to “shall.”) And in fact, at the time of its adoption, the international community understood that it would not result in the mass return of Palestinian refugees.

As Kent also notes, the Palestinians and Arab states rejected Resolution 194 (III), in part because it did not provide a “total, unconditional right to return.” Thus, they are hardly in a position to invoke the resolution now, much less claim that it provides such a right.

So what’s the real goal of those who argue for a “right of return”? Clearly, if there were such a right—and it could be exercised—that would be the end of Jewish sovereignty. And that’s the whole point: to establish Arab control “from the river to the sea.” According to Schwartz and Wilf, this “is the heart of the matter: instead of being a legal or humanitarian issue . . . the refugee problem is first and foremost a political problem, reflecting the desire to dominate the entire land.” Amnesty International and Human Rights Watch see nothing wrong with Palestinians fulfilling that desire. And so they tout the fictitious “right of return,” challenging Israel’s right to exist as a Jewish state.

Seems like human rights advocates could find a worthier goal than that.

About the Author
Paul Schneider is an attorney, writer and member of the Board of Directors of the American Jewish International Relations Institute (AJIRI), an affiliate of B’nai B’rith International. He lives in Bethesda, Maryland and frequently travels to Israel.
Related Topics
Related Posts
Comments