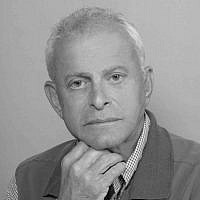 When I think of it, the initial notion for this article occurred within my first four weeks of having made Aliyah; that was six years ago. It was through a chance encounter in a local drug store in Nahariya. At the counter was Professor Snyder, my old professor of pulmonology at Boston University Medical School. Our eyes made contact and he reached for me, a gesture, I thought, would be for a warm embrace. Instead, he grabbed my shoulders to shake me and nearly shouted: get out, get out of Israel, they killed my wife. He followed with a horrific tale of complete medical mismanagement. As long as I’ve known him, he was always a kind, calm and professional doctor.

As our readership well knows, we have two tiers of medical care here: Kupat Cholim and Private Medical Insurance. I might add that we have distinct regions as well, where the qualities of care differ vastly.

“Anywhere north of Haifa is disastrous for medical care.” A senior orthopedic resident told us during one ER visit at Rambam Hospital.

Allow me to provide a few examples. During most of my life, I was in excellent health, so I noticed little about medical care, but all of that changed after a serious accident. One chronic injury that greatly impedes my ability to walk happened to be a simple ankle sprain, an injury that with total mismanagement has become a disastrous problem.

Now, a lateral ankle sprain is the single most common injury in a human being. So, after it persisted for months, I was referred to a “good ankle specialist” who wasted five months of healing time and turned it into a more severe injury. To begin with, he misread my early orthopedic X-rays. I do not mean misreading the film; he actually misread the radiologist’s written report. After five months, he declared that I had incurable arthritis. Five days later I was sitting in the office of Professor X, a rheumatologist. Dr. X is a professor of rheumatology at Technion and formerly a professor of rheumatology at Johns Hopkins Medical School. He briefly reviewed my records and the “ankle specialist’s” observations and declared, “That is ridiculous!”

Another occasion involved a complication I developed after spinal surgery. Almost overnight, a large, grapefruit size, cyst developed over the wound in my back. I went to the local Emergency Room immediately. I was seen by a junior orthopedic resident and later by the senior resident. They were not sure what to do so I said, drain the damn thing! I was told that they are not allowed to do that. I jumped off the stretcher and called a cab and asked him to take me to the pharmacy. There, I purchased a bottle of Iodine and an oversized syringe. Using the bathroom mirror to guide me, I drained it and emailed a photo to my orthopedic surgeon at Rambam. I was scheduled for emergency surgery the next morning. 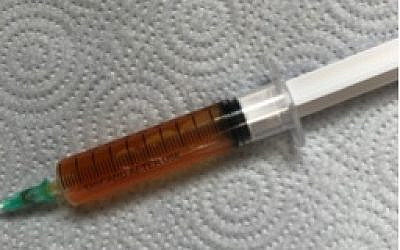 Maybe a few additional examples will go further. My wife lived in Ramat Gan for over ten years and also belonged to a Kupat Cholim (names omitted for reasons of propriety). She has an abdominal cyst that was followed closely with sonograms performed every six months. That was until she moved north to Nahariya. For some unexplained reason, she no longer needs such close care?

There is no doubt that you get your money’s worth when going to a private doctor.  I went to a private gastroenterologist in Haifa. She examined me carefully and suggested long term treatment with Rifaximin, an antibiotic drug used on a chronic basis in these cases. She wrote a summary along with a letter to my family doctor. Upon returning and seeing the family doctor, I was told that it is not on the healthcare system’s drug formulary. Now, I already had obtained some from a local pharmacy on a private basis. So it is definitely available. I asked her to just write me the prescription and I will pay the high cost. Nope, I was informed that it is not possible in a Kupat Cholim to take medicines that are not in the formulary. They are in the pharmacy, but I am not allowed to take them? Now, that is wild!

Enough complaining, I have a reason to write all this. We should all take a closer look at what is a poorly kept secret about our healthcare systems here. This is about the inequity between private and public medical care. It is about the geographically disproportioned medical system. It is about a complete lack of supervision of the quality of medical doctors. I am talking about doctors who would lose their medical license in a minute anywhere else.

I am not disgruntled, I am angry!

For one, it is a well-known fact that medical tourism abounds in Israel and siphons off a large chunk of what should be public healthcare.

There are many healthcare consumers that easily identify with such scenarios. We have a climate of political turmoil that lends itself favorably to hear about consumer complaints. I say we exert maximal pressure to improve conditions.

About the Author
Born in Romania to Holocaust survivor parents, Dr. Gabriel Mayer reached the US, after his family escaped Communism, reaching Italy, and as refugees, was supported by the Jewish Agency. He grew up in New York and attended college and medical school in Boston, at Boston University. He spent the first half of his working life as a medical doctor, professor, clinician and researcher in the USA [Professorships at University of Florida and Boston University medical schools]. A distinguished accomplishment of Dr. Mayer and his team was the introduction of thrombolytic therapy to treat acute myocardial infarction; this was the first team in the world to publish research based on clinical work. These procedures have lasted until the present and have saved millions of lives. In 2013 he began his studies at the University of Haifa, earning back-to-back MA degrees in Holocaust Studies and Israel Studies. Currently, he is focused on Judaism, and Jewish personhood/peoplehood and the Diaspora and Israeli discourse as driven by academic and philanthropical energies. For two years (2015 & 2016) he served as Head Historian of Martef Hashoa Museum, Jerusalem.
Related Topics
Related Posts
Comments