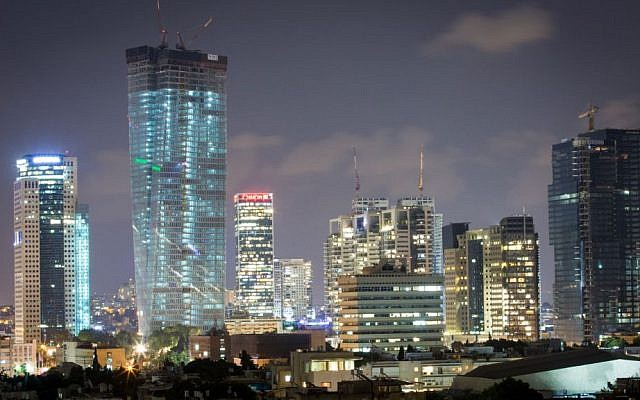 In an upbeat interview in The Jerusalem Post, OurCrowd CEO Jon Medved predicted that the Israeli high-tech sector will soon enter warp speed despite challenges such as “a chronic shortage of manpower”. He also makes a reference to “underrepresented groups”, while suggesting that Israel should solve this challenge by issuing visas to “talent from all over the world”.

No mention is made of major drawbacks toward solving the “manpower shortage”, such as an Israeli system of cronyism whereby jobs and ideas are the realm of political and ethnic constituencies and where age discrimination (preference given to those under 30 years of age) and reigns kept on the country’s largest ethnic minority (Ashkenazi Jews) severely impede economic development and immigration.

Many breast-beating “ideas” and statistics fall squarely within the framework of global liberal ideology.

In spite of the liberal media’s portayal of United States President Donald Trump as an ignoramus, he made one of the most intelligent comments regarding Israel’s economic situation: How can a country full of Jews be having economic problems?

Despite the media’s depiction of the US president as a sort of orangutan, they overlook the fact that if Mr Trump were an Israeli politician he would be one of the most well-behaved members of the Israeli Knesset.

Of course Israel’s rise from the ashes of the Holocaust is no less than a miracle. It is now one of the world’s leading centers of innovative technology and is experiencing a concomitant golden age in arts and media.

However ideas of how to propel the country forward are often bogged down in Kafkaesque bureaucracy and the internalization of outside mores, such as those of dominant Western “liberalism”.

Israel’s pervasive bureaucracy is a necessary result of the country’s diverse makeup, which comprises a greater mosaic than the former Austro-Hungarian Empire. However bureaucracies tend to become institutionalized and when the situation changes those who oversee the bureaucracy work diligently for its preservation.

Following the Yom Kippur war and the subsequent economic crisis, those who perceived themselves as disadvantaged (for the most part non-Ashkenazi Jews) rebelled, pushing and shoving for greater representation. However Israel has undergone an inordinant number of changes in recent decades and the present-day Israeli generally cannot be classified as belonging to one group or the other.

Bureaucracy bogged down in the past

Nevertheless politicians and the press often attempt to hark upon differences and inflame emotions when it suits them, regardless of the fact that the situation today bears little semblance to that of the past.

While the Israeli people welcome new immigrants, government bureaucracies seem to do everything in their power to fend off immigrants simply because they do not belong to what are considered political and ethnic constituencies.


Israel would be an ideal place to live for a very large number of Jews from Western countries; however no serious attempts are made to attract them to live here. This would not only solve the “manpower shortage” but also give Israel a boost similar to the wave of immigration from the Former Soviet Union. Those who consider Israel a start-up nation need look no further.

These rules are no more than an internalization of regulations and thought processes in many Western liberal democracies which perceive “the young” as “the future” and “the old” as basically useless.

Jewish tradition praises age and experience and creates a connection between grandparents and their offspring. Jewish institutions should be bringing older immigrants to Israel so that their children and grandchildren follow.

Innovative companies need not fear employees who are older simply because they are less malleable or likely to be more experienced than their “bosses”. Israel’s creative edge was not brought about by the mimicking of “modern” lifestyles.

Yeshiva students could take time off from their lifelong studies

Nor is there a need to import large numbers of foreign caregivers. Ultra-Orthodox yeshiva students could give up three years of their lifelong studies to make a contribution towards charity, one of the greatest precepts of Jewish tradition.