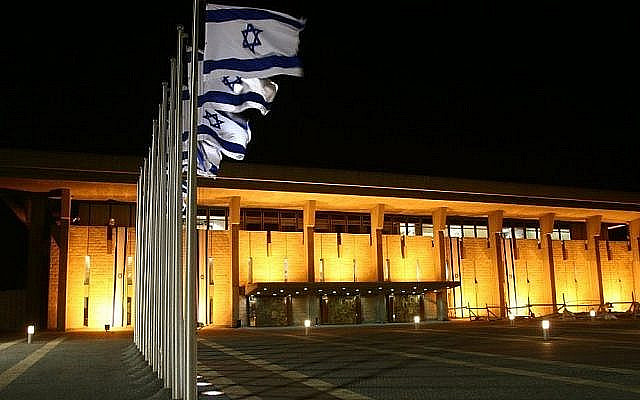 Last week, MSNBC ran a story that sought to prove that Israel’s controversial Nation-State Law is racist, in that it has engendered Jim Crow type discrimination against Arab schoolchildren. The reporter led his story with the following:

A court in Israel clarified something Monday with its decision to cite the country’s controversial “nation-state” law: Israel has enshrined racism as one of its basic principles.

The story plays into the effort to undermine the legitimacy of the Jewish state. But it does not pan out.

The Nation-State law may have been ill-advised. It answered a question about the Israeli polity that did not need to be asked. With or without it his law, Israel is the Zionist homeland. Its passage roughly equates to what would happen if the U.S. Congress passed a law making English the official language. Not meaningful, but divisive and unnecessary. And the Magistrate’s language relying on that law to deny payment for educating children in an Arabic educational setting may well have been, in my friend Uri Regev”s words, objectionable and disturbing.

Yet, the story’s sweeping generalization about this case proving inherent racism as a fundamental Israeli principle has it wrong on many counts. First and foremost, the decision-making tribunal was only a lone magistrate. The court is a trial court of limited jurisdiction. Even if the magistrate said something stupid, he neither speaks for nor establishes precedent for the Israeli judiciary, and certainly not for the Jewish state as a whole. It as if the whole United States were indicted as sexist because some town justice made an obnoxious comment about a woman wearing a short skirt in his court and cited some general rule about decorum as authority for his crassness. The comment reflects on the magistrate and does not mark the whole society as irretrievably awful. The aura of a cheap shot and attempt to deligitimize Israel exists in this story.

Second, a few facts. The case involves a petition by an Arab family for reimbursement of the cost of sending their children to an Arabic language school rather than the local public school. The petition may have been procedurally defective, in that perhaps the petitioners should have sued the educational authorities rather than the municipality. Thus, the eventual decision, since this ruling is likely to be appealed, may well not involve the Nation-State Law at all. In that case, it will say nothing about Israeli society.

In addition, it is not at all clear that the analogy to racial school segregation in the US makes any sense. Here it appears that the parents are trying to gain admission not to the local public school but to a non-local, possibly private school with which they are more ethnically or culturally or religiously comfortable. In the U.S., parents have a constitutional right to make that choice, but they have no right to demand that the public subsidize it. While many U.S. Jewish parents may prefer a Jewish day school; or Catholic parents a parochial education; or to send their child out of district, they have no legally enforceable right to have the public pay for it. The situation may be the same in Israel, where there are mixed schools, and it does not seem that the Arab children were denied entrance to the local public school. So the rush to compare Israel to the pre Brown v. Board of Ed. racist South may not hold up.

At the very least, the article’s glib equation of the decision here to Plessy v. Ferguson and Southern racism is premature and sensationalized. It is neither an authoritative ruling, as noted above, nor does it necessarily involve the right to an equal public education.

But the story does point to why the Nation-State Law is a problem. It can mainly serve as an irritant, for it accomplishes little in reality. Part of Jewish tradition is seichel, or practical wisdom. What is wise about this divisive law? Similarly, we lawyers are advised never to ask questions unless we know the answer. Here, this piece of wisdom is also violated by this Law. it is not clear what the question was; and the potential answers, like that of this magistrate, do not help secure Israel’s role as a light unto the nations.

In sum, this law evidently does more harm than good. It provides a too ready opportunity for mischaracterization and should be repealed. Israel as a democratic society would be better off without it. At the least, the Knesset should follow through and pass the Basic Law: Equality, which just got 56 to 54 Knesset approval in a preliminary vote. As it stands, without the Equality Law, the Nation-State Law can give rise to the kind of above described shallow and false narratives that provide the opportunity to besmirch Israel’s reputation.