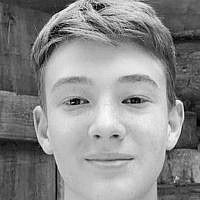 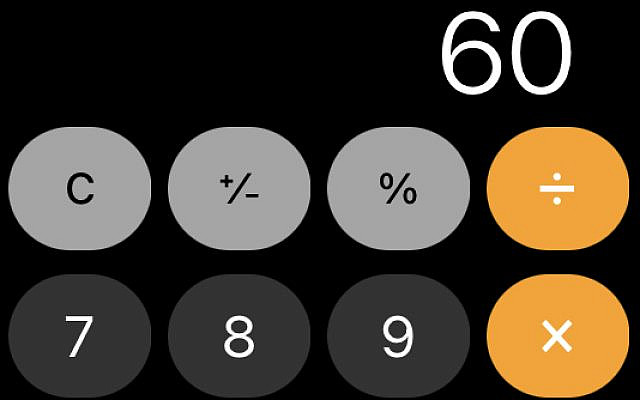 This time, our hypothetical coalition based on polling did not work out. The coalition would be one seat short of a majority.

Every time I visited Israel since I was old and keen enough to watch the eight o’clock news, a monumental political event occurred. I was in Israel in 2015 at the height of the Iran Nuclear Deal negotiations, and in 2016 when President Obama failed to veto UN Security Council Resolution 2334. I stayed in Israel during Summer 2018 when debate over Israel’s surrogacy law and the Nation-State Law caused many to take to the streets. Uniquely, when I visited Israel in May 2019 for the International Bible Contest, very little seemed to be happening. The election passed, and Netanyahu was given the mandate to try and form a government. But during those three weeks in May, little success seemed to be found. 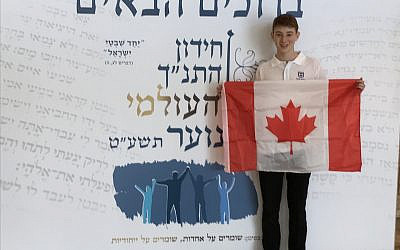 Me at the International Bible Contest, representing Canada

My co-delegates to the International Bible Contest wondered, before our trip, who would be the one to read the Prime Minister’s questions. The honour went to Netanyahu who sat one row behind me alongside Naftali Bennet to his right, and his wife Sarah, who I hold in low esteem to this day for being the only one of the three who did not wave back to me, to his left.

When I arrived back in Canada, the Knesset dissolved itself in preparation for another election in September, I realized that the middle chair and the prime minister’s questions might not belong to Bibi for much longer and that perhaps Yoav, the delegate for the 2020 contest would see a few changes.

Back in Canada, my friends and I had, and still have to this day, a WhatsApp group chat named “All Hail Hamelech Bibi,” the name of which satirizes his grandeur, political might and his occasionally undemocratic behaviour. We discussed all the mergers and tried to add the numbers to build coalitions with the polling data. As one election turned into a second, then a third, and now a fourth, we got better at this math. At first, it seemed confusing, and many questions arose. Would Bennet agree to form a government with Netanyahu? Would Liberman agree to a government with the centre-left? Would the Haredi parties abandon Bibi if presented with an opportunity?

Luckily for us, we had many chances to see the results, though they sometimes changed between elections. Bennett would prove to be stubborn, Liberman slightly more open to other options and the Haredi parties stuck with Bibi like moths unto a flame.

As one election turned into another, we learnt a lot about Israel’s electoral system. It was one that, at its best, valued compromise, consensus, unity and cooperation, allowing multiple visions to guide the country into the future. It gives voters the sense that everyone is truly equal in their vote. There are no districts or states that confine voters. Everyone votes in the same electoral pool and votes correlate to an exact fraction of a seat. 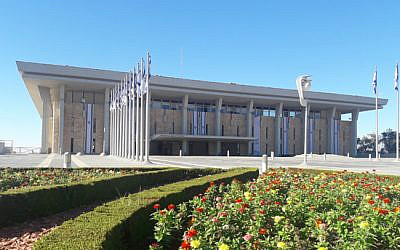 The Knesset, which is almost always dissolved and is rarely in session. (Image from the official Knesset Website)

Through our math, we realized that these values are now corrupted. Instead of cooperating, small parties have made demands and decided that they categorically refuse to sit in any government that includes members of a different group. The secular Yisrael Beiteinu refuses to sit with the orthodox parties or any of the Arab parties. Balad, one of the Arab parties, refuses to support Jewish parties during the recommendation process, no matter their ideology. The Orthodox parties are sticking to Bibi instead of cooperating with both the right and left to advance the goals of their community.

Though these problems have existed for a while, they have been made worse by Israel’s political instability. Normally, the time after elections is a time for healing. Those who lose the election concede and then the country comes together to continue governing in the interests of the people. In Israel (and this year in the United States, but that is a whole separate issue), this has not happened. Elections lead to partisan squabbles, inability to form coalitions and little time for healing before the next election.

I still have hope for this election that the math will all work out and that Israel may have a semi-functioning coalition. I say semi-functioning because any coalition will be overbroad and likely ineffective. However, this would be better than fifth elections. I hope that perhaps this will give the system time to regroup and, if Netanyahu does not remain in power, we could see the Likud return to its roots.

Perhaps the Likud will come to understand what Senator Sasse in the United States knows, that “politics isn’t about the weird worship of one dude.” After Israeli Politics stops being all about Bibi’s desperate – and sometimes despicable – attempts to cling to power, the Knesset may finally return to functionality, where parties can pass actual laws and debate substantive issues. Voters must show that Netanyahu is not a King, they must vote to strip him of his majesty and grandeur and show him that they, not him, are the ones who truly control the fate of Israel.

As for the math, my friends and I have been doing, it is unlikely to go away. We do, however, dream of a day when the math returns to a simple right versus left (and perhaps religious versus secular) and not a complex calculus of egos and personal loyalties. And perhaps we can only pull out our calculators to try to get to 61 once every four years instead of four times every two years. 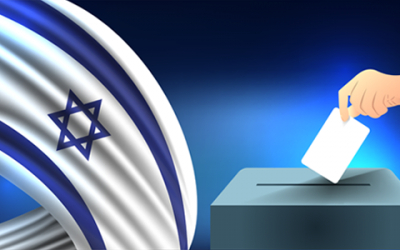 The ballot box in Israel. How will we achieve the change we need? (Image from the official Knesset Website)

How will we achieve the change we need?But that is not the end of the story. Even if we can achieve those goals, we still would be leaving too much up to chance. What if a similar scenario arises and we descend back into the corrosive politics of today? That, too, would be terrible. As such, we must try to change the system to prevent a similar situation from occurring. While I am not here to endorse any plan, some change is undeniably needed.

The New Hope Party, for instance, has proposed term limits and district elections. I hope this sparks a productive discussion and much-needed change. Recognize major problems, and work together to mend and rectify them, this is the only way forward. Despite the adage “two Jews, three opinions,” the only way Israel will have stability and good governance is if we realize that we can only share and debate our abundance of opinions is we have a functioning forum to do so, and for that, we must put our differences aside and work towards that common goal.

About the Author
Ori Epstein is a Grade 12 High School Student at a Jewish school in Toronto, Canada navigating the transition between high school and university.
Related Topics
Related Posts
Comments