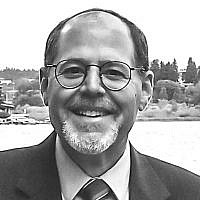 The Blogs
Jacob Herber
Apply for a Blog
Advertisement
Please note that the posts on The Blogs are contributed by third parties. The opinions, facts and any media content in them are presented solely by the authors, and neither The Times of Israel nor its partners assume any responsibility for them. Please contact us in case of abuse. In case of abuse,
Report this post. 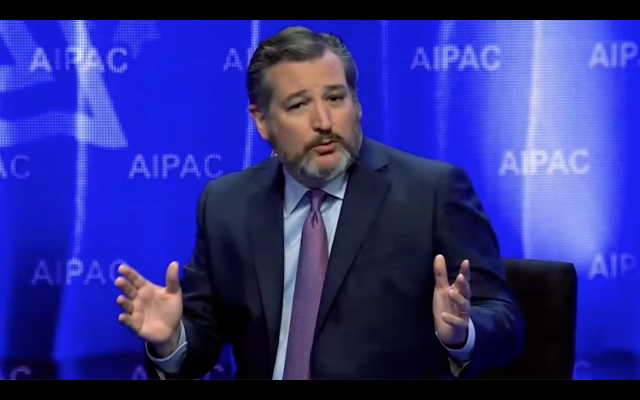 In the summer of 1973, supporters of Israel felt invincible. After thousands of years in exile, and more than two decades defending and supporting their newly re-established state, the Jewish people finally believed they might be safe. Israel, a scrappy, upstart nation, had recently defeated five massive Arab armies and made a bold statement: We are here to stay.

Yet, by the fall things had changed. On Yom Kippur, the most solemn of Jewish holidays, Israelis emerged from synagogue shocked to find their nation under assault. Signs of an impending attack – warnings from foreign officials, intelligence reports – had been disregarded. We all learned the hard way the dangers of our collective complacency.

This moment is no different.

Today, just as in 1973, many supporters of Israel feel invulnerable. The Jewish state has never been stronger, with its booming economy, diverse and vibrant population, flourishing relations with more and more Arab nations, and a strong, bipartisan US-Israel relationship.

And yet, real threats are looming on the horizon. Iran, which has sworn to wipe Israel off the map and funds terror throughout the Middle East, is trying to acquire a nuclear bomb, threatening Israel’s very existence. International bodies like the UN are working to demonize and isolate Israel every day. And there is a growing movement around the world actively seeking to weaken – and ultimately destroy – the Jewish state.

This movement has even reached Congress, where a small but loud minority is working to unravel the US-Israel relationship. For decades, the pro-Israel community has been effective in keeping the relationship strong, and Israel’s detractors have been kept at bay. But these enemies are growing in numbers and influence, and it is no longer enough only to speak out against them. They must be defeated in the political arena.

This is why I stand so firmly with AIPAC in its recent move into political fundraising. AIPAC’s sole mission is to support and strengthen the strategic relationship between the US and Israel. That’s it. And this requires broad bipartisan support.

Of course, AIPAC’s commitment to bipartisanship raises important moral questions. How can I work with an organization whose PAC contributes to many of those Republican members of Congress who refused to certify the 2020 election results? Didn’t these members’ actions fundamentally threaten our democracy? Doesn’t that make political contributions to those members treif? And do the contributions themselves have the potential to contribute to an erosion of democracy? The answers to these questions are not as clearcut as they might initially appear – or as divisive partisan groups would have us believe.

Yes, the refusal to certify the election results on January 6, 2021, is deplorable and posed a genuine threat to our democracy. Preservation of our democracy is a fundamental moral principle, one for which I fight every day.

When determining whether an organization’s political donations to members of Congress are treif, I look at two factors: will it help them get reelected and what is the meaning of the donation. Any honest assessment will acknowledge that a PAC’s contributions to individual members of Congress are limited by law to such an extent – $5000 per candidate per election – that they do not impact election outcome. They are symbolic and are meant to send a message, in this case that a member’s policy positions are in support of the US-Israel relationship.

And what does AIPAC hope to accomplish by building relationships with these individuals? Nothing short of pikuah nefesh – the preservation of human life – and building peace.

It does this by ensuring that the broadest possible group of Democrats and Republicans support legislation that safeguards lives and advances prospects for peace. No other group in Washington is doing this crucial work. Put simply, in today’s broken Washington, AIPAC simply cannot do the work of strengthening the US-Israel relationship and saving lives without working with Republican members who are anathema to me.

In March, AIPAC worked with the leadership of both parties to help ensure that important legislation such as the Normalization Bill and the $1 Billion Iron Dome Supplemental was included in the omnibus spending bill that funded Congress. Both these legislative initiatives were initially blocked by individual Republican senators – Ted Cruz and Rand Paul respectively. If AIPAC were to boycott the numerous Republican members who failed to certify the election, they couldn’t have overcome these Senators’ ability to block these critical legislative priorities.

The omnibus spending bill also included the Nita M. Lowey Middle East Partnership for Peace Act, which requires USAID to establish a fund for promoting economic development for Palestinians as well as reconciliation between Israelis and Palestinians. How many Republicans would have supported economic development for Palestinians without AIPAC’s hekhsher? In a bill named for a Democrat no less. How many fewer Republicans would sign onto such legislation if AIPAC decided to boycott large numbers of their ranks?

I am not prepared to see critical lifesaving and peace-supporting legislative efforts benefiting the Jewish state, as well as the Palestinian people, wither on the vine so I don’t have to feel the taint of working with deplorable members of Congress who are going to get reelected anyway.

While I will continue to do all in my power to counteract these members’ dangerous domestic agenda, I’m humble enough to recognize that, when it comes to the US-Israel relationship, we need their support far more than they need ours. While I may have to hold my nose today, the next time Hamas decides to fire rockets at Israel – and when I see Partnership for Peace initiatives begin to bear fruit – I’ll be grateful that AIPAC made the decisions that were necessary to advance its crucial mission.

Some in Israel and here in America may see the Jewish state and the US-Israel relationship as a given. But the Yom Kippur War teaches us never to take the perception of security for granted. Israel’s safety cannot be guaranteed if we don’t address obvious threats in Congress before it’s too late. I am indebted to AIPAC for having the foresight and temerity to take up this challenge, and I hope you will join me in continuing to support the organization’s vital work.

About the Author
Rabbi Jacob Herber is the spiritual leader of Herzl-Ner Tamid Conservative Synagogue in Mercer Island, Washington. He serves on AIPAC’s Washington State Council, is a Senior Rabbinic Fellow of the Shalom Hartman Institute in Jerusalem, and is a member of the Rabbinical Assembly’s Executive Council.
Related Topics
Related Posts
Comments