Israelis are viewing the Russian rampage in the cities of Ukraine with horror. An estimated half of Israel’s “Soviet Jews” are of Ukrainian origins, perhaps as many as 500,000. The other half, Russian Jews and their children, share that horror. Few are cheerleaders for Putin and his imperialist designs. 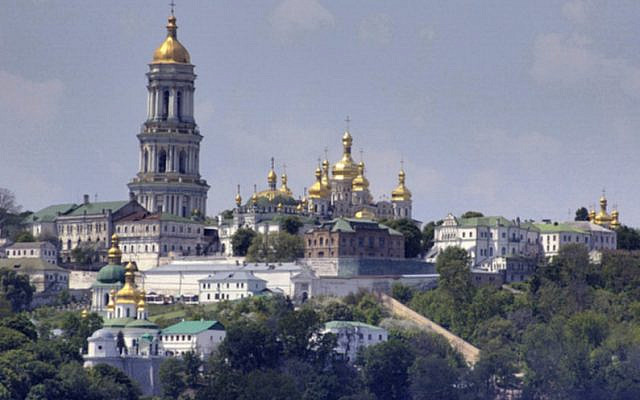 So why is the Israeli government so reluctant to condemn Russia and fulfill Ukrainian pleas for weaponry, such as the Iron Dome? Israel’s diplomatic obfuscation is classic and understandable. The Israeli Foreign Ministry muttered on February 24: “The political echelon agreed [to continue] regular discussions and assessments of the situation to evaluate future consequences (to the extent that there are any) for Israel.”

In the classical Greek tale, Odysseus was faced with the impossible and dangerous mission of navigating between the perilous shoals of Scylla and the deadly whirlpool of Charybdis (in the end, he did make a choice). Israel’s choice between Russia and Ukraine is no less perilous. It is a delicate balance between strategic and humane motivations.

Russian air and sea bases are located in nearby Syria. Russian radars, aircraft, satellites, and anti-aircraft batteries are very aware of Israel’s frequent attacks on Iranian Revolutionary Guard (IRGC) and Hezbollah facilities, armories, and weapons factories in Syria. Yet, Russian and Israeli forces leave each other alone through a series of deconfliction agreements and protocols. Russia gives no early warning to its clients; no Russians are harmed by Israeli missiles and bombs.

In September 2018, a Syrian anti-aircraft missile shot down a Russian maritime patrol aircraft, but Russia blamed Israel. “As a result of the irresponsible actions of the Israeli military,” a Russian army spokesman announced, “15 Russian servicemen were killed, which is absolutely not in keeping with the spirit of Russian-Israeli partnership” [emphasis added]. The Israeli Air Force had masked an attack on Hezbollah or IRGC behind the Russian plane and allegedly had given the Russian liaison office only a one-minute warning. A flurry of telephone calls took place between Jerusalem and Moscow. In his call to Russian President Putin, Prime Minister Netanyahu reaffirmed “the importance of the continuation of security coordination between Israel and Russia, that has succeeded in preventing many losses on both sides in the past three years” (CNN).

Today, Israel is determined to keep in check Hezbollah and the IRGC’s precision-guided missiles, less-precise rocketry, and drones. While Israeli medium-range ground-to-ground missiles may cause harm to its enemies’ weaponry and facilities, the air force must maintain its mastery of Syrian skies.

The Israeli-Russian “partnership” is also a reason for Israel’s reluctance to provide military support to the Ukrainian army. A system such as the Iron Dome defense system is as Israel-branded and recognizable as Gal Gadot. Moreover, the system is not designed for fighting such a Russian blitzkrieg. Providing Israeli weaponry to Ukraine would be a tipping point in Israel’s balancing act.

Israeli aid and rescue are poised to assist the people of Ukraine.

An estimated 200,000 Jews live in Ukraine. Many former Ukrainian Jews living in Israel have family and friends still living in Ukraine. According to the Israeli newspaper, Ha’aretz, the “Jewish Agency has been ‘flooded’ with requests from Jews trying to flee Ukraine for Israel.” In addition, Israeli soldiers “who immigrated on their own to Israel but whose parents and siblings are still in Ukraine are begging for emergency flights” for their parents.

Israel’s minister of Immigration and Absorption, Pnina Tamano-Shata, told American Jewish leaders this week, “Israel is prepared to deliver immediate humanitarian assistance to Ukraine. We are ready to accept thousands of Jewish immigrants from Ukraine.” (The minister was born in Ethiopia and rescued by Israel with her family when she was a little girl.)

A huge constituency of Ukrainian Jews is expecting Israeli rescue. Jewish shelters have been established in Ukrainian cities with stocks of supplies and food, but following past history, there is fear of rioting in the future by hungry mobs.

Already, 100 children of a Jewish orphanage in Ukraine have been evacuated to mountains in the west, and more are expected to join them. 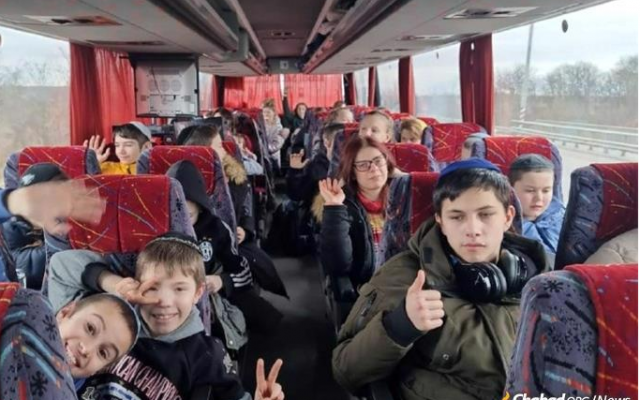 Ukrainian Jewish children during their evacuation from a frontline orphanage. (Chabad)

The gravesite of Rabbi Nachman of Breslov (died in 1810) in the Ukrainian city of Uman is the pilgrimage destination of tens of thousands of Israelis. Two-hundred Israeli families, Breslov Hassidim, are believed to reside there. But military targets are located near Uman, and civilians are being evacuated from the city.

Perhaps it is time to bring Rabbi Nachman’s bones to Jerusalem for reburial. Just as the Bible relates that Joseph’s bones were part of the Exodus from Egypt.