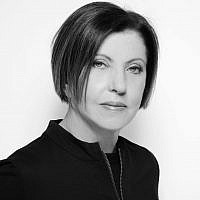 The Blogs
Zehava Galon
Apply for a Blog
Please note that the posts on The Blogs are contributed by third parties. The opinions, facts and any media content in them are presented solely by the authors, and neither The Times of Israel nor its partners assume any responsibility for them. Please contact us in case of abuse. In case of abuse,
Report this post. 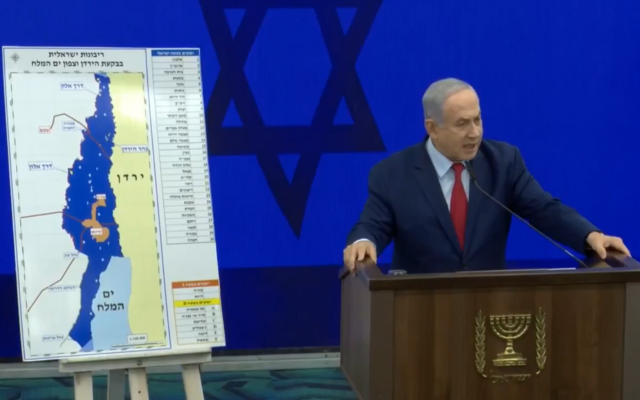 Even if the “annexation plan” did not materialize on 1 July as Prime Minister Netanyahu promised, the idea is not off the agenda. It’s still there and it’s still a ticking bomb. His Blue and White coalition partners take credit for halting it, but what actually stopped implementation is the disagreement among Trump’s White House aides.

In an interview with Army Radio on 20 July, former US National Security Adviser John Bolton explained why annexation has not happened yet: “I think there is obviously disagreement. Jared is still trying to sustain his peace plan and is worried about unilateral action or American recognition of unilateral action.”

Even if temporarily halted, however, the damage has already been done. Defense Minister Benny Gantz and Foreign Minister Gabi Ashkenazi have in the past year provided Netanyahu with legitimacy for the delusion known as “annexation.” But let’s call a spade a spade: It’s not “annexation”; it’s apartheid.

Zulat, a new activist think tank which I head, recently published its first report: “Whitewashing Apartheid: How Netanyahu manipulated language to hide the consequences of unilateral annexation.” The report exposes how, in less than a decade, annexation of the territories turned from a hallucinatory notion espoused by the delusional fringes of Israeli society into the declared policy of the Israeli government through the use of laundered language that normalized the concept. If implemented, such steps might result in an escalation in the territories, the impairment of Israeli democracy, and even international sanctions on Israel. Nevertheless, through a long-term and calculated campaign that exquisitely gift wrapped the plan, Netanyahu succeeded in marketing it to the Israeli public as a legitimate, reasonable, and almost obligatory step.

That is why Zulat identified the need to tell it like it is. In order to begin to understand what reality is going to look like here in the future, we need to talk about how it looks today. People must understand that 53 years of occupation represent a severe and constant violation of the Palestinians’ human rights. Israel can torture them, imprison their children, detain them without trial, and remand them in custody for years on end. It can steal their land and break into their homes in the dead of night without a warrant or probable cause. These routine operations take place also in Area A, where the Palestinian Authority is in charge of security.

However, unilateral annexation as a result of legislation or a government resolution would do away with the so-called “temporality principle” that allowed such rule over millions of Palestinians in the territories and would establish a discriminatory regime on ethnic grounds. Sovereignty would apply only to Israeli citizens (e.g., Jews) living in the annexed areas, while the Palestinians would live in Bantustans with no political rights. The move would transform Israel from a state that enforces an occupation regime with apartheid characteristics into a distinct apartheid state.

Prime Minister Netanyahu has been in power for a decade but never before promoted annexation of the territories. Two things changed: Donald Trump, who gave him legitimacy from the outside, and Blue and White, which provided him with the laundering services that allowed him to legitimize the move from within. And so, after years of claiming that the occupation and control of the territories was a “temporary situation” and that a decision on sovereignty should be made through negotiations between the parties and with international backing, Netanyahu – perhaps for the first time in his life – decided to stop lying and explained to the nation that although the July 1 target date has passed,  discussions with US Middle East envoy Avi Berkowitz and Ambassador David Friedman on the implementation of annexation are continuing.

Netanyahu fears that Trump might lose the elections in November, which is why he is constantly sending Israeli Ambassador Ron Dermer to the White House to secure a green light for annexation. These shenanigans are intended to distract public attention: first, from his legal troubles (due to be discussed in court three times a week as of next January) and second, from the economic situation that has sparked angry demonstrations against him as over one million people remain unemployed due to the corona crisis.

And, don’t count on Gantz and Ashkenazi and their beautiful words about hope. They want us to believe that what we are seeing is not a blind sprint to an apartheid state but an orderly march backed by an elaborate master plan conceived by the best minds in the world. Both were IDF chiefs of staff, and they know full well that there is no way Jordan’s King Abdallah will agree to the annexation of the Jordan Valley or that Palestinian Authority leader Mahmud Abbas will agree to an annexation of 30% of the West Bank, a move that would do away with the territorial contiguity needed for the establishment of a Palestinian state. Both are also aware of the warnings of world leaders against unilateral annexation and have read what British Prime Minister Boris Johnson, considered a friend of Israel and a supporter of Netanyahu, told the Israeli newspaper Yedioth Ahronoth:  “Annexation would represent a violation of international law” and ”the UK will not recognize any changes to the 1967 lines, except those agreed between both parties.”

I know that Israelis have a hard time with apartheid – with the word, not the policy. But apartheid is the exact word for the “annexation” that Binyamin Netanyahu has in mind for us.

About the Author
Zehava Galon is the former head of the Meretz party and served as a member of Knesset for 16 years. She is founder and president of the new Israeli NGO, Zulat.
Related Topics
Related Posts
Comments