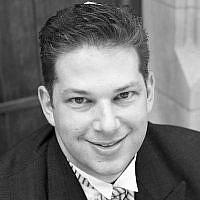 George and Ira Gershwin had intended for Porgy and Bess to first be performed by the Metropolitan Opera, but instead it premiered at the Alvin Theater. At the time, the Met wouldn’t allow Blacks — featuring only white opera singers in blackface for those roles, which the Gershwins felt was too offensive for 1935, and it still is. Porgy and Bess returned to the Met for the first time in over 30 years in 2019, but when pandemic broke out in New York City in March, the rest of the season was cancelled, and only recently have concerts and theaters resumed performances.

This was also the case for our music program at my congregation, Stephen Wise Free Synagogue. We were so eager to welcome Guy Mintus, Israeli jazz genius, to perform in our sanctuary last May to rededicate our Westchester Hills Cemetery — where the Gershwins are interred — but, sadly, we had to call the whole thing off.

Fortunately, Guy Mintus is making his return to New York City on November 20, at  8:30pm at DROM in the East Village, where he will be performing an all Gershwin program featuring music from his incredible A Gershwin Playground album. Among numerous favorites, the one that fascinates me even more than “Fascinating Rhythm,” is his unique take on “It Ain’t Necessarily So” from Porgy and Bess, sung by the character, Sportin’ Life. It’s quite a playground. From barely a pulse of percussion, it sports to life and explodes into an array of colors, subtle jokes, and word painting that caused me to reflect on what new meaning this song takes on when brought back on a return flight to the Gershwins’ old hometown by way of an Israeli jazz artist.

The song is already packed full of irony. It is known that the opening melody makes use of the traditional melody Jews across the world chant for the Torah blessings, the “Barechu,” which professes the truth of Torah, “Torat Emet.” But this melody is the setting for a text that casts doubt about the truth of the Bible’s legends — the perfect irony for a con-man character. All the more curious that an Israeli who was raised in this ancient biblical land should be singing these words, yet also not so surprising as a large majority of Israelis consider themselves to be secular. What makes Mintus’ interpretation so powerful to me is that he draws upon the authenticity of American jazz idioms from the Gershwins’ era combined with the sounds of his own ethnicity, producing a melting pot of Mizrachi and Ashkenazi sounds together with just the smallest hint of traditional chazzanut.

Accompanying himself virtuosically at the piano like an Israeli Harry Connick Jr. with jazz embellishments in the Hashem Malach mode, a prayer mode cantors chant on Shabbat, he sings about Lil’ David and floats his name into his falsetto. When Goliath dies, the percussive heartbeat momentarily stops. The wa-doo chorus call and response becomes an instrumental fantasy as Mintus wisely avoids the Gullah language of Catfish Row that is known to be one of the most controversially stereotypical and racist components of the opera. When Moses is found in the stream, he adds what sounds like a small cantorial flourish and adds the word “sleeping,” and his playing submerges under a liquid surface, like a calming water for the baby. Mintus imitates a muted trumpet sound “wa-wa-wa” instead of “scadee-wa,” as a burlesque Charleston dance beat breaks out, as if the Gershwins had brought it back with them on one of their visits to write with the novelist, DuBose Heyward, in Charleston, South Carolina. Mintus punctuates the Devil villain’s entrance with the dissonance of the devil’s interval, a pair of clashing augmented fourths. He preempts the conclusion of his sermon with a dramatic tremolo as if from an old accompaniment of Yossele Rosenblatt from the same time period.

Life wasn’t sporting for Blacks living in the South in 1935. But it also wasn’t fabulous for Jews living in Poland, Iraq or Morocco, where Mintus’ ancestors lived before the state of Israel was established over a decade later and where they had fled to as expelled refugees. While the Gershwins insisted the opera had to be sung by Black artists, plenty of famous white performers have sung this song, including Frank Sinatra, Peggy Lee, Bing Crosby, Bobby Darin, and even Willie Nelson. When the performer isn’t depicting Sportin’ Life on stage, I think this song is powerfully sung by an Israeli who fuses the complexities of his multiple ethnicities and musical identities into one piece.

Despite our inability to host Mintus this time around, COVID be damned, we were still able to restore the Gershwins’ cemetery building at Westchester Hills Cemetery and are excited to welcome our congregants and New Yorkers to attend his program tomorrow night. And if so inspired by his performance, also attend the matinee of Porgy and Bess at the Metropolitan Opera the next afternoon.

New York City really needs us to be out supporting theaters and concerts now, and we need the arts more than ever. The pandemic may have tried to stop us from celebrating the Gershwins with Guy Mintus but, oh no, they can’t take that away from me. 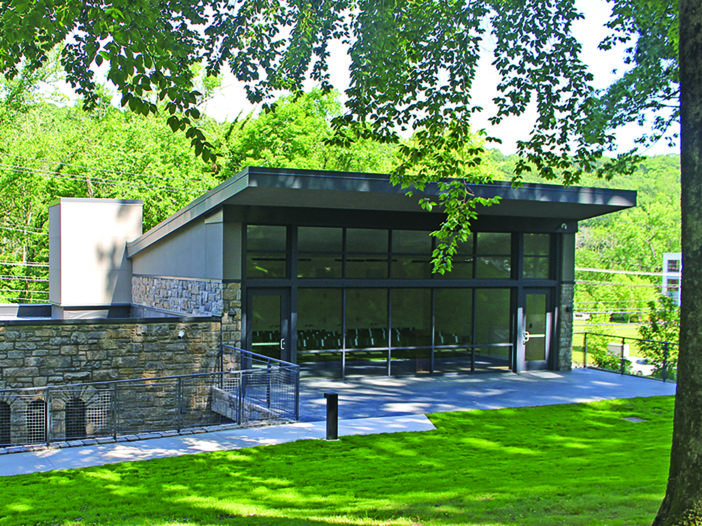 Stephen Wise Free Synagogue’s Westchester Hills Cemetery Building, photo by Ryan Greiss
About the Author
Daniel Singer is the cantor of Stephen Wise Free Synagogue on New York City’s Upper West Side. Drawing on a wide-ranging knowledge of Jewish music, Cantor Singer is as comfortable singing an 18th-century classical liturgical repertoire or leading the congregation in traditional Hasidic or Sephardic melodies as he is performing Jewish pop acapella with SIX13 or singing roles with the Yiddish Theater or opera.
Related Topics
Related Posts
Comments