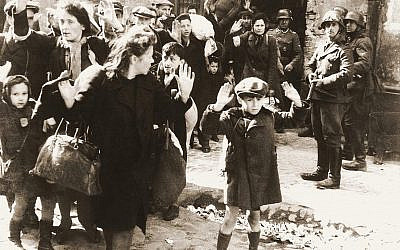 While he was President of the United States, Donald Trump became overwhelmingly popular with Israelis for a number of reasons . These included the following subjects: 1. Allowing the American Embassy to be moved from Tel Aviv to Jerusalem. 2. Recognizing the Golan as part of Israel. 3. Withdrawing from Obama’s Iran nuke deal (JCPOA). 4. Taking credit for establishing the Abraham Accords. 5. Changing the way that the United States dealt with the United Nations. In a previous blog, Why Trump is bad for Israel https://blogs.timesofisrael.com/why-trump-is-bad-for-israel/ I have explained why there is no reason for Israelis to support Trump because of these issues.  I will not repeat what I wrote earlier here.

Below I describe other reasons why Israelis should not support Trump. Most importantly, it does not help Israel to have a mad man in the White House, and Trump is a mad man. For decades Israel and the United States have been allies. In neither country was the alliance a matter of political controversy; all major parties in both countries supported the alliance. Under a series of Presidents, none of whom was mad, United States’ military aid has allowed Israel to become the strongest military power in the Middle East – one of the strongest in the world. That aid continues and will for the near future. Israel might well have lost the 1973 Yom Kippur war but for the enormous amount of military aid that the United States gave it with which to defend itself. In part, this was because Israel and the United States had a common enemy: the Soviet Union.

Also in part, the alliance exists because Israel and the United States share values – values which the surrounding Arab countries and the Soviet Union did not. One of the most important of these values is democracy. So far, Israel by basic law, is still the “Jewish and democratic (small “d”) State”.  Nothing is more fundamental to the American political system than that it is a democracy.

Trump does not share this value. He openly instigated and supported the insurrection which took place on January 6, 2021, when rioters invaded the U.S. Capitol building in order to stop Joe Biden from becoming President. Trump continues to claim, with no factual support, that Biden “stole” the 2020 elections. Trump’s followers have lost over 60 challenges in court attempting to change the result of the election. Trump’s lawyers have been been criticized heavily by judges whom he appointed for making such unsupported allegations. Many of the people who participated in the January 6th riot, following Trump’s lead have been convicted of serious crimes and have been sentenced to long prison terms as a result. The Electoral College voted to make Biden the President of the United States.  Biden was sworn in as President on January 20, 20021. In December of this year, in furtherance of his baseless claim that the 2020 election was “stolen”, Trump proposed, “the termination of all rules, regulations, and articles, even those found in the Constitution.”  Never before has a President of the United States  challenged the peaceful transfer of power after a Presidential election, something that is fundamental to democracy.

What every President of the United States before Trump and every Prime Minister of Israel since its inception in 1948 has understood is that the relationship between Israel and the United States is a relationship between the two countries, not between the individuals who have been in office. Trump does not understand this. Always the egomaniac, Trump sees everything in terms of personal friendship. When his “friend” Prime Minister Bibi Netanyahu congratulated President-elect Biden on his victory, Trump’s response was to say “Fuck him” [Netanyahu]. He also said that he expected “loyalty” from Netanyahu. Israelis should not expect Trump to continue to befriend Israel unless he remains “friends” with Israeli’s Prime Minister, as he has with Vladimir Putin and other dictators.

Israelis should also refuse to support Trump because he cannot tell the difference between Nazis and those who oppose them. Nothing was more important to the establishment of Israel than the murder of over 6 million Jews in the holocaust by the Nazis. Nevertheless. Trump still equates the Nazis and their victims. One example of this occurred after the conflict in Charlottesville, Virginia in August 2017, where Nazis marched and people who opposed them protested. In a subsequent press conference in which Trump responded to questions, Trump emphasized that “there was blame on both sides.” He added that there were, “very fine people on both sides.” I wonder whether Trump feels there were very fine people on both sides when the Nazis invaded the Warsaw Ghetto, where both Nazis and Jews were violent.

As recently as November 2022, Trump has been criticized for hosting Kanye West as well as White nationalist and holocaust denier, Nick Fuentes, for dinner at Mar-a-Logo. Trump has since claimed that at the time, he did not know who Fuentes was; West had merely brought him to dinner. While even that claim is hard to believe, there is no question that Trump knew who Kanye West was. The previous month, his old “friend” West had made so many antisemitic remarks which were widely publicized that a number of companies who were sponsoring  him, including, Adidas, had abandoned him. Israel hardly needs the support of a man who cannot tell an antisemite when he has one (much less two) to dinner.

About the Author
Before making Aliyah from the United States, I spent over three decades as a lawyer in the United States. My practice involved handling many civil rights cases, including women's- rights cases, in State and Federal courts. I handled numerous constitutional cases for the ACLU and argued one civil rights case in the United States Supreme Court. I chaired the Colorado Supreme Court's Committee on the Rules of Criminal Procedure and served on the Colorado Supreme Court's Civil Rules and Rules of Evidence Committees. Since much of my practice involved the public interest, I became interested in environmental law and worked closely with environmental organizations, including the Environmental Defense Fund (EDF). I was on the Rocky Mountain Board of EDF. I received an award from the Nebraska Sierra Club as a result of winning a huge environmental case that was referred to me by EDF. I also developed significant knowledge of hazardous and radioactive waste disposal. I was involved in a number of law suits concerning waste disposal, including a highly-political one in the United States Supreme Court which involved the disposal of nuclear waste. As I child I was told by my mother, a German, Jewish refugee who fled Nazi Germany, that Israel was a place for her and her child. When I first visited Israel many years later, I understood what she meant. My feeling of belonging in Israel caused me to make Aliyah and Israel my home. Though I am retired now, I have continued my interest in activism and the world in which I find myself.
Related Topics
Related Posts
David K. Rees