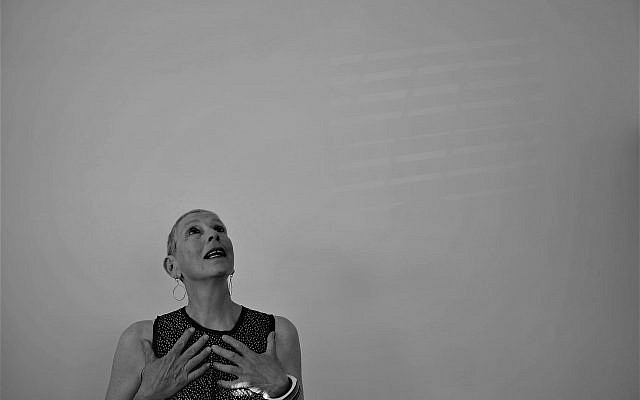 Photographer Budit is generously offering the illustration for this blog, see her works at http://www./instagram.com/budit/?hl=en

“Can I already say Mazel Tov?”

The question is followed by an implicit grandfatherly smile.

“Not quite yet,” I answer, knowing full well that we are talking about two different things.

I have just entered the back seat of a taxi and have asked the driver to take me to the maternity ward at Tel Hashomer Hospital. The smiling older gentleman probably thinks I am going on a maternity visit.

I am carrying a big bag, and it could very well be filled with maternity gifts. In addition, many women around here wear scarves for religious reasons, so the colorful textile I have flung around my head does not immediately signal to him, that I am a cancer patient, on my way to get another shot of poison.

I leave him with the happy thought that I am on my way to visit a newborn mother.

Each time I enter through the revolving doors, I cannot help but think: What luck that the gynecologic oncology ward – treating cancer in all the lower women’s parts – is placed in the maternity ward and not in the Cancer Tower. That sad tall building where every year more than 40,000 patients with all sorts of cancers are treated.

In the lobby of the maternity ward, there are always several expectant young couples pacing around counting contractions, filled equally with fear and anticipation, merely a few hours away from becoming newborn mothers and fathers.

We, the cancer patients, stay in a small ward at the furthest end of a long corridor, leading away from the maternity ward, but still part of it. Our nurses know us all by name. If we were not all very sick, this would be a really nice place.

I am by no means a believer. I do not believe in neither God, the Devil nor spirits.

Nevertheless, many years ago, in Gaza, I witnessed an evil spirit being exorcised. A devilish spirit had possessed a young man, and it was being exorcised with holy words and beatings with a thick stick. Both, delivered by an imam under the eyes of two gaping European journalists. My colleague and I.

Recently, Israeli television showed how a Rabbi with a choir of men behind him expelled a Dybbuk – a tormented deceased soul – who for four years apparently had taken possession of a now 19-year-old young man. With humming, chanting, and consistently louder persistent prayers, the evil spirit was screamed out of the victim.

I also once met a Danish priest who, during his missionary years in Africa, had been called to head a ceremony to expel the Devil. He walked into the dark African night in front of his community in a torchlight procession, carrying a tall cross with bells on top. That chased the Devil into the jungle.

I must admit that I too have been instrumental in sending a particularly irritating spirit into the desert. However, it was a close friend’s very personal showdown with his own private mother.

Even though I am a non-Christian, non-believer, I admit, that at times, writing these words have been like holding up a cross in front of the Devil.

I am so grateful for the treatment I receive at the gynecologic oncology department, and the staff so much deserve my deepest gratitude for their professional sweetness and support.

But that same morning, still with high spirits from the taxi conversation, I stepped into the department for a sad sight. Here was a pale chalk-white version of a colorful woman I first met, when I began my treatment. Back then, she was just ending her circle of treatments.

Less than four months ago she beamed so happily when she left the department, after her last treatment. Now her cancer is back.

I remind myself of the admonition by my oncologist Dr. Korah: “Don’t compare yourself to others. This disease – ovarian cancer – is not one disease. It is different from woman to woman, and sometimes it even changes in the same woman.”

That day, I walked out of the ward after my treatment in a devout mood. I sent a few stolen glances at little newborns in baby-bathtub- strollers, being pushed around in the lobby by limping birth-shocked mothers.

That is, what life is all about.

The difference between an optimist and a pessimist is, that both die the same way, but live their lives differently, a friend told me the other day. A different friend sent me some Buddhist advice, saying that whether there are problems, whether they are solvable or unsolvable, there is never a need to worry.

I know I have the choice to live every day in anxiety or to focus on enjoying beautiful music and other arts, the beautiful morning skies, the burgeoning spring, good journalistic stories, love and joy, family, kayaking friends and acquaintances.

The best advice I got, came from my lovely cousin, who herself was in this place many years ago: “Consider life a pizza. It has to be eaten slice by slice, sometimes small slices, sometimes large ones, but if you try to swallow it all at once, you suffocate”.

This blog is the fifteenth chapter of my book The Lights Within, read more about the book and buy it at http://www.hannefoighel.com

Photographer Budit is generously offering the illustration for this blog, see her works at http://www./instagram.com/budit/?hl=en